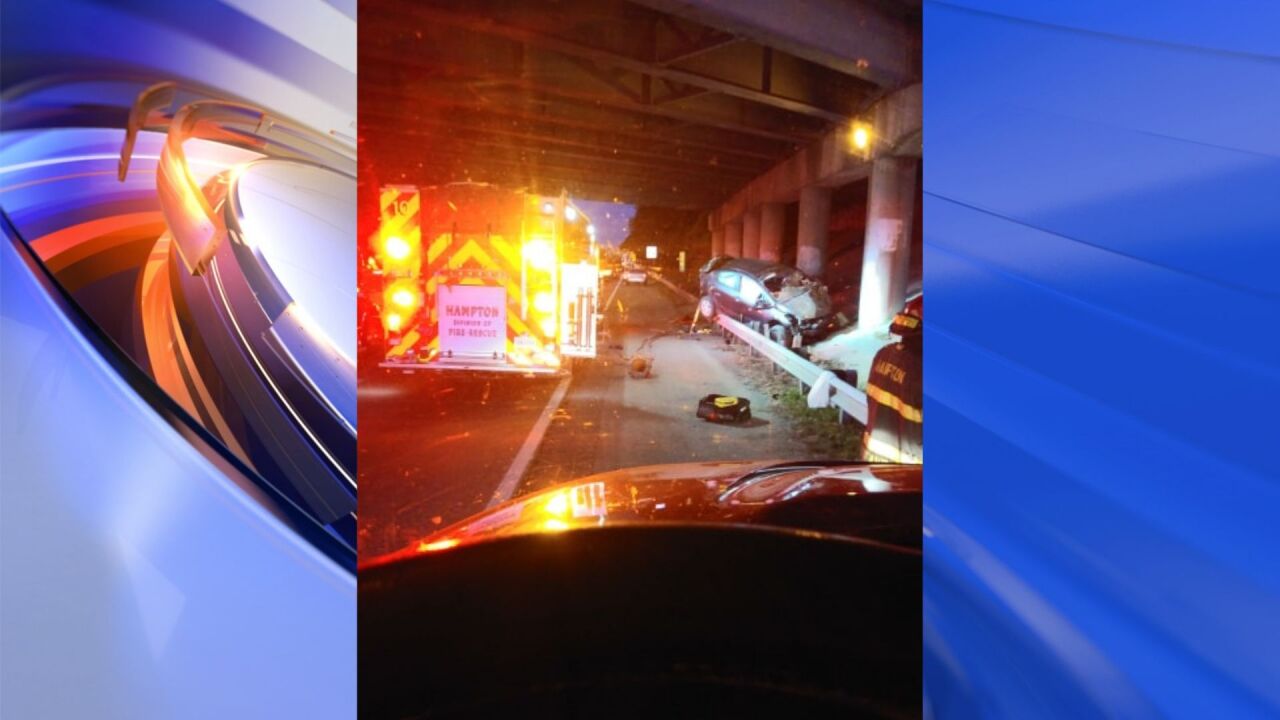 HAMPTON, Va. – A Virginia State Police Trooper is investigating a single-vehicle fatal crash that left one person dead and four others injured.

The crash occurred just before 5 a.m. Tuesday on Interstate 64 at the 261 mile marker. A 2017 Kia Forte was traveling west on I-64 when it ran off the right side of the interstate.

The vehicle continued behind the guardrail and traveled up a concrete embankment for the Big Bethel Road overpass when it rolled over and back down the embankment.

The three other passengers were transported to a local hospital and are still being treated for serious injuries. State police are still working to confirm their ages and identities.

The driver has been charged with DUID, with additional charges pending.