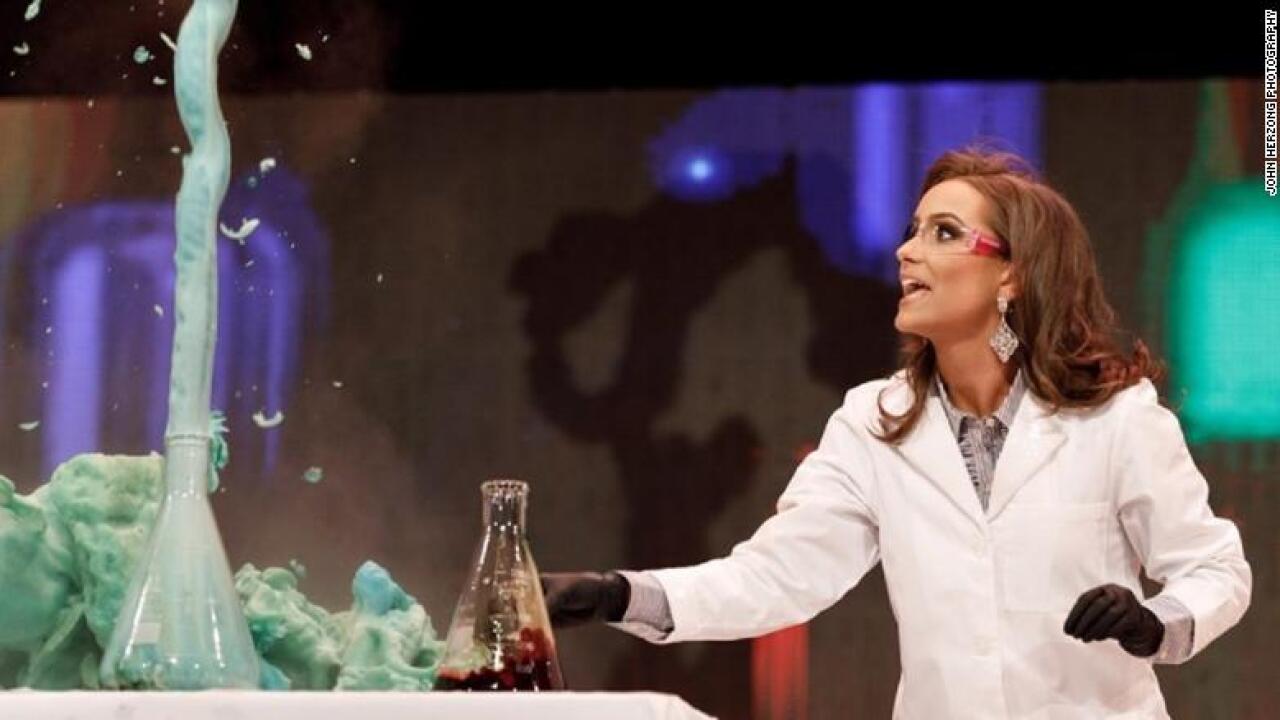 Instruments are enchanting and singing is sublime but sometimes, to stand out, you gotta make stuff go boom.

Camille Schrier was crowned Miss Virginia 2019 at the end of June, and for the talent portion of the competition, the 24-year-old biochemist showed off what she does best: Science.

Schrier demonstrated the catalytic decomposition of hydrogen peroxide, a reaction that occurs when hydrogen peroxide comes in contact with a catalyst like potassium iodide, which Schrier used in her presentation. As she mixed the chemicals, large spouts of colored foam came shooting out of the beakers onstage, delighting the audience and obviously impressing the judges.

“Keep an eye out,” she said as people cheered, “Because science really is all around us.”

After her big win, Schrier said she hopes her onstage experiment helps change the conversation around talent and what it means to be a beauty queen.

“I am more than Miss Virginia. I am Miss Biochemist, Miss Systems Biologist, Miss Future PharmD looking toward a pharmaceutical industry career,” she said in a release. “Now was the time for me to create a mind shift about the concept of talent by bringing my passion for STEM to the stage. To me, talent is not a passion alone, but also a skill which is perfected over years of learning.”

Schrier is a graduate of Virginia Tech and is currently a Doctor of Pharmacy student at Virginia Commonwealth University. In keeping with her passion — and talent, — Schrier’s platform issue for the competition was opioid abuse awareness and drug safety.

As Miss Virginia 2019, Schrier will compete in the Miss America Pageant in September.