HAMPTON, Va. - Five people are displaced after a house fire in the 30 block of Sanlun Lakes Drive Friday morning.

According to the Hampton Division of Fire and Rescue, the call came in at 11:32 a.m.

One of the homeowners was treated and released on scene for a minor injury. There were no other injuries to civilians or firefighters.

The homeowner says 14 dogs inside the home at the time of the fire, including their own. He said they were dog sitting when the fire started, and two dogs that were inside died. The dogs that died did not belong to him, he said.

"The whole garage was just engulfed in flames and all these dogs where running all over the place and kids there were everywhere," says Cathy Bannon. Bannon was one of many neighbors who sprung into action at a time of chaos to get a hold of as many dogs as they could.

“The dad had opened the back door before he ran out so all of the dogs were in the backyard, so the neighbors quickly started tearing down the fence to get the dogs out and dogs started running everywhere,” says Kelli Bannon.

Two adults and three children are now being assisted by the Red Cross of Virginia.

The fire's cause remains under investigation. 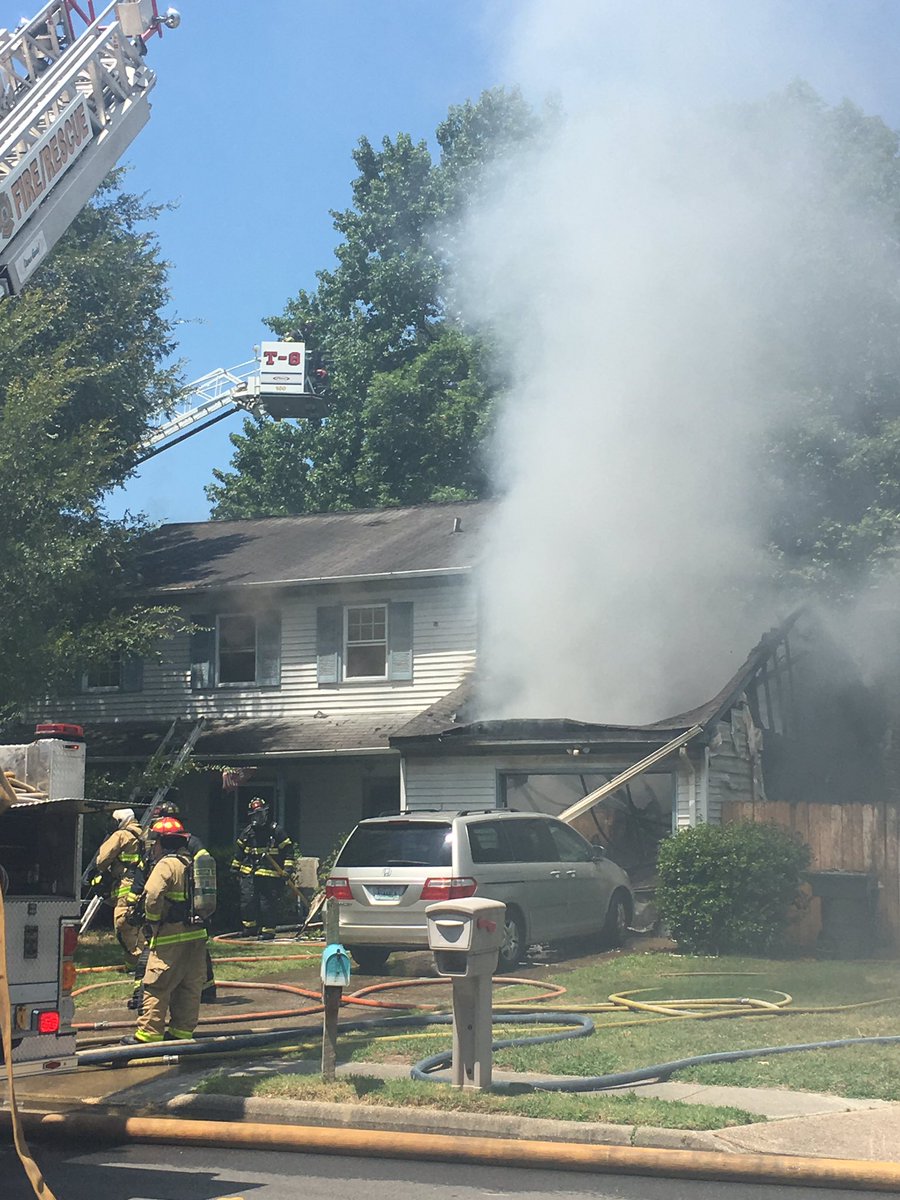