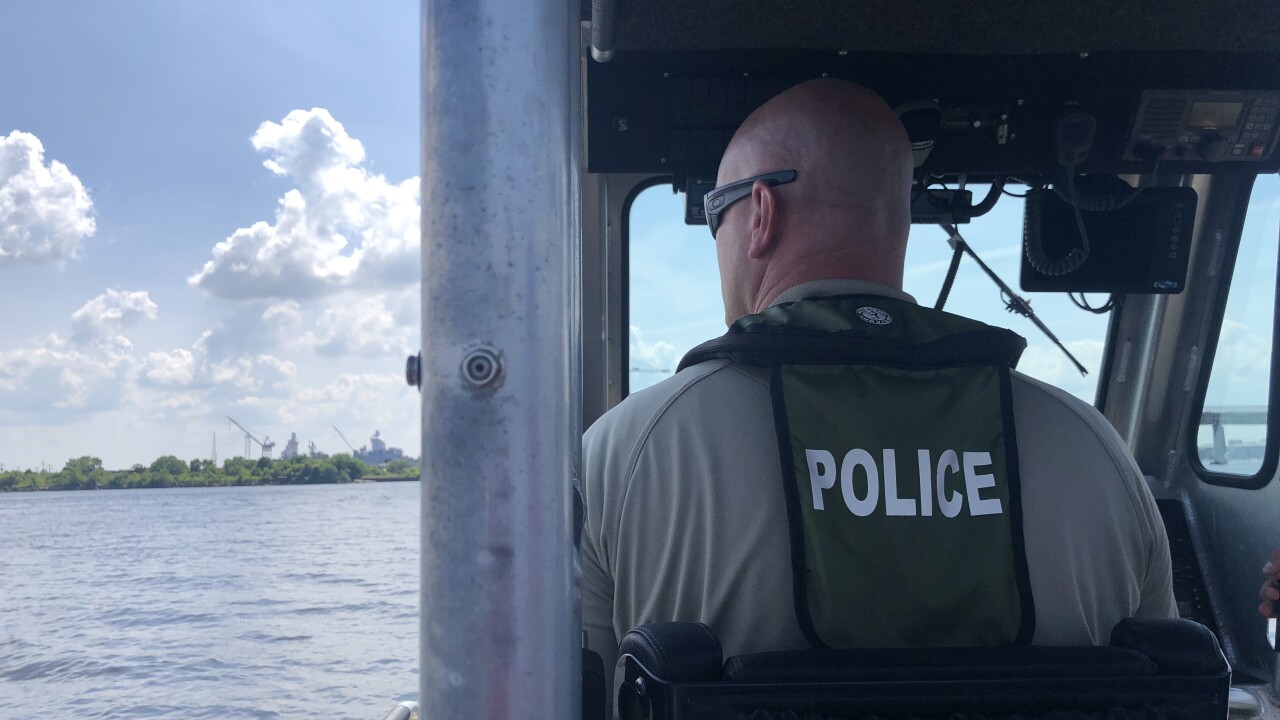 PORTSMOUTH, Va. – This holiday weekend, police are taking action to keep people from boating under the influence.

Operation Dry Water kicked off today and runs through Sunday.

It’s part of a nationally coordinated effort to raise awareness about the dangers of boating under the influence and to reduce the numbers of accidents and deaths related to alcohol use on waterways. There will be extra police presence to make sure those on the water stay safe.

“We will be out enforcing night and day, monitoring that everyone has a safe holiday, making sure everyone has their proper boating equipment like life jackets, flares and fire extinguishers,” said Bonnie Brazil with the Virginia Conservation Police.

Police will be cracking down on those who drink and drive their boat as well.

“This is a vehicle, but it does not stop like a car. There’s a difference,” Brazil said. “Water is fluid, so when you press the brakes on this, it doesn’t stop that easily.”

Brazil stressed that one beer on the water is equivalent to three on land.

“That’s due to effects like wave, wind, sun and then dehydration. You really need to have a designated driver,” she said.

Brazil said last year on Virginia waterways, there were 87 boating accidents involving more than 90 boats. One-fourth of them were due to boating under the influence.