A powerful 7.1-magnitude earthquake swayed buildings and cracked streets and foundations in Southern California on Friday night, sending terrified residents into the streets a day after another quake hit.

The latest earthquake Friday struck 11 miles northeast of Ridgecrest, according to the US Geological Survey. It was five times bigger and 11 times stronger than Thursday’s 6.4 -magnitude earthquake, also centered near Ridgecrest, CNN Meteorologist Brandon Miller said.

The region has seen an average of one aftershock per minute since Friday’s quake in the southern part of the state, according to the US Geological Survey website.

More than 4,700 quakes have occurred of since Thursday, said USGS geophysicist John Bellini.

“They are coming in every thirty seconds, every minute,” he said.

After Friday’s 7.1 quake, three of magnitude 5 or greater struck within the first hour, he said.

Gas leaks caused structure fires throughout Ridgecrest, residents reported water main breaks, and power and communications were out in some areas, according to Mark Ghilarducci, director of the Governors’ Office of Emergency Management.

About 130 residents from Bakersfield and Trona were staying in a temporary shelter, Person said.

“On behalf of all Californians, I offer my heartfelt support to those affected by tonight’s earthquake near Ridgecrest,” Gov. Gavin Newsom said Saturday.

The governor declared a state of emergency in Kern County on Thursday and in San Bernardino late Friday. Newsom also said he requested a presidential emergency declaration for assistance. 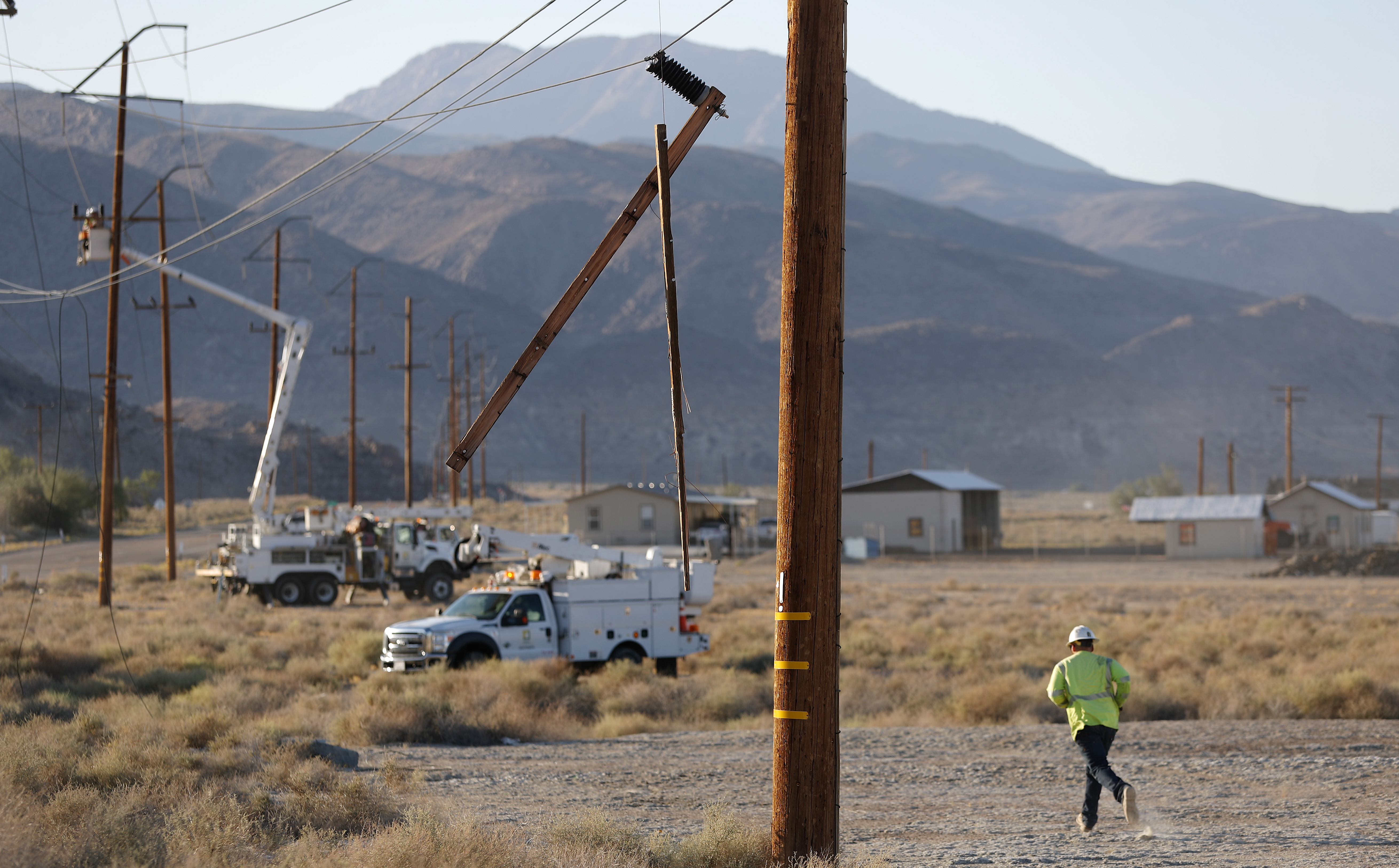 No power or water in San Bernardino town

Trona, a town of 2,000 people, does not have power or water, San Bernardino County Fire spokesman Jeremy Kern told CNN. Workers had been restoring power from the initial earthquake when Friday’s disrupted power again.

Both earthquakes disrupted the main water system. Officials are bringing in water to residents and fire teams.

No injuries have been reported in the town.

‘You couldn’t stand… without falling over’

“We had to sit down or crawl on hands and knees to get around because you couldn’t stand up and be in an upright position without falling over,” Krona said.

Krona and her friend Kelly-Jo Lewis spent the night outside on Lewis’ driveway.

“With everything shaking, things are falling. It’s just not safe,” Lewis said. “I felt safer outside, and I felt me and her were safer together being in pairs.”

It lasted longer than Thursday’s earthquake

Bakersfield resident Giovanna Gomez was at home with her family when their house swayed and the water in her pool overflowed. They ran outside.

“It was about a minute long,” she said. “Far larger than the one that (happened) yesterday. It was a smooth roll going back and forth.”

Bakersfield is in Kern County, about 110 miles from Ridgecrest.

Donald Castle, who lives in Porterville, west of Ridgecrest, said his house shook for nearly 25 seconds.

“It was more of a shake than what we had on the Fourth. It lasted longer and was more rolling,” he said.

No reports of major gas leaks or serious injuries have been reported in Kern County, Witt said. But calls came in for ambulance and medical assistance.

In Los Angeles, about 150 miles south of Ridgecrest, residents felt the earth shake, but no reports of serious damage were made, Mayor Eric Garcetti said.

The Los Angeles County Fire Department reported no major damage, deaths or serious injuries, but said some wires were down and power was out in some locations.

The shaking was felt as far away as Mexico and Las Vegas, according to the USGS.

The NBA Summer League game between the New Orleans Pelicans and the New York Knicks in Las Vegas was postponed Friday following reports of the quake. Scoreboards and speakers near the ceiling of the arena shook when the earthquake hit.

Quakes are part of an ongoing system

CalTech seismologist Lucy Jones said Friday both earthquakes are part of an ongoing sequence of a “very energetic system.”

The latest 7.1-magnitude earthquake was the mainshock, while Thursday’s 6.4-magnitude quake was a foreshock, according to Jones.

In addition to being bigger, Miller said it released more than 11 times the amount of energy than the 6.4 one.

More earthquakes are possible. Newsom said he has activated the state emergency operation center to its highest level.

On Saturday morning, the USGS said the chance of another 7-magnitude or higher earthquake is 3%.

On the other hand, the chance of a 3-magnitude or higher earthquake hitting the area is over 99%.

“It is most likely that as few as 240 or as many as 410 such earthquakes may occur in the case that the sequence is reinvigorated by a larger aftershock,” the USGS said on its website.

A US weapons testing facility in Ridgecrest, Naval Air Weapons Station China Lake, said on its Facebook page that it sustained “infrastructure damage” as a result of Thursday’s and Friday’s earthquakes.
“NAWS China Lake is not mission capable until further notice; however, security protocols remain in effect,” a Facebook post said.

According to the NAWS China Lake website, the facility is the Navy’s largest single landholding, covering more than 1.1 million acres — an area larger than the state of Rhode Island — in Kern, San Bernardino and Inyo counties.