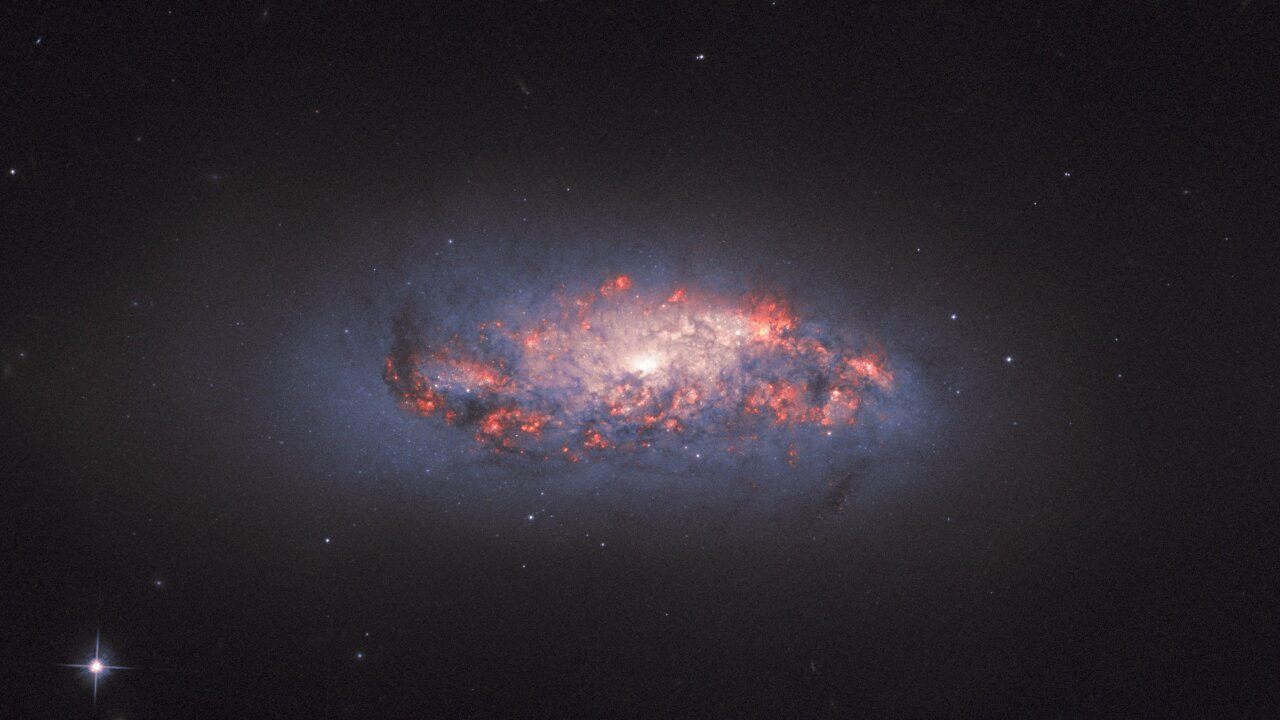 Around 70 million light-years away, the spiral galaxy NGC 972 appears to be in full bloom.

The latest image released from the Hubble Space Telescope captured the bright colors of star formation in the galaxy. Those pockets of activity strongly resemble blooming roses amid the darkness.

In the new Hubble image, hydrogen gas can be seen reacting with the bright light streams from new stars close by, which creates the telltale orange glow. The glowing groupings of light are emitted between larger streams of dust.

The galaxy was first discovered in 1784 by German-British astronomer William Herschel.

Hubble’s images of galaxies over time offer a wealth of clues for astronomers studying the universe.

Star formation can tell the story of a galaxy and its surrounding space. Astronomers are looking for the rate at which stars are forming, the locations of the galaxies and historical data about their evolution.

Galaxies are largely made of gas and dust that grows and evolves to form stars.

When new star formation is observed, astronomers can also study how that affected the space around the galaxy. In turn, a galaxy’s environment — the surrounding gravity, matter, radiation and dark matter — helps shape it.