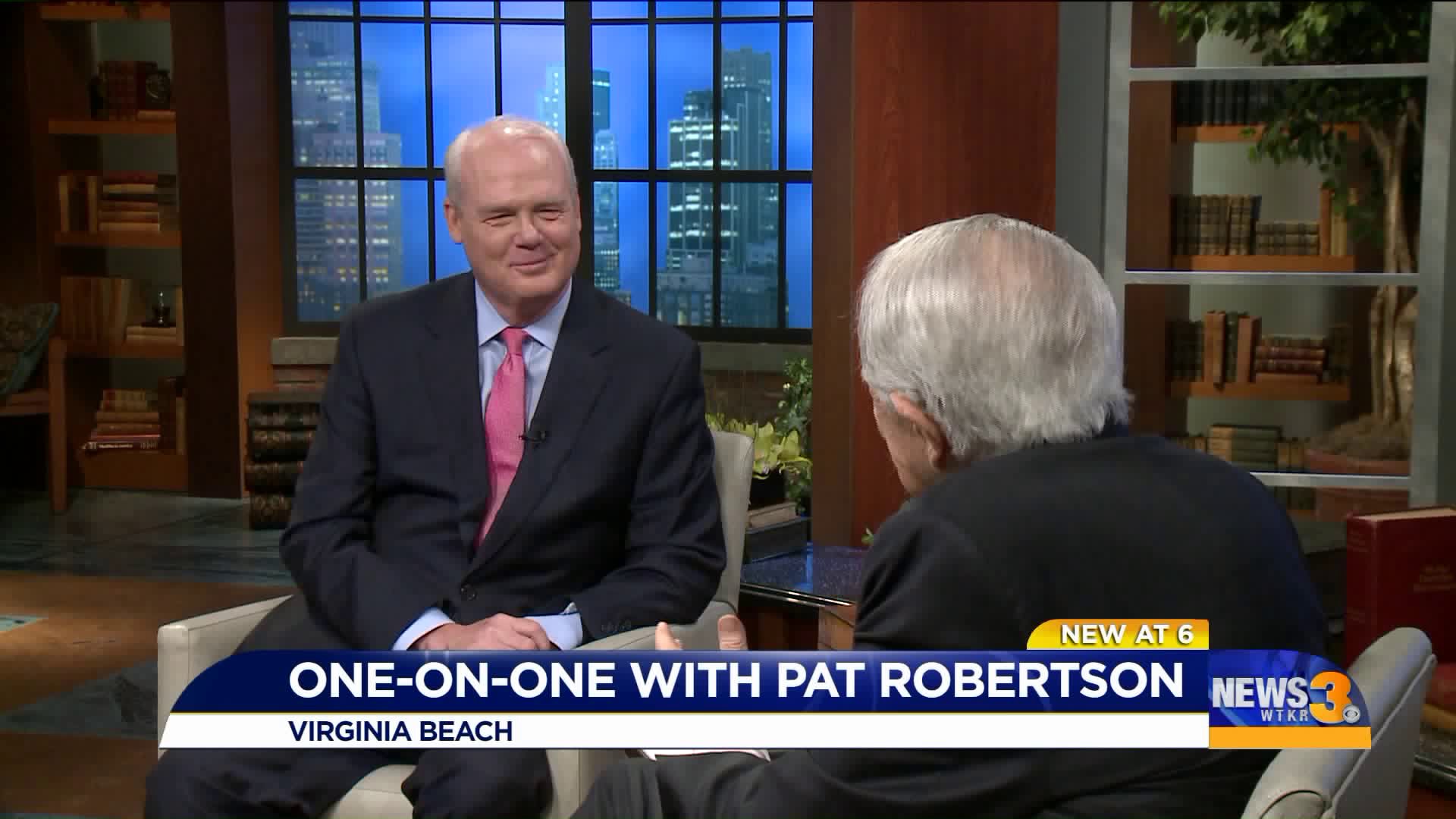 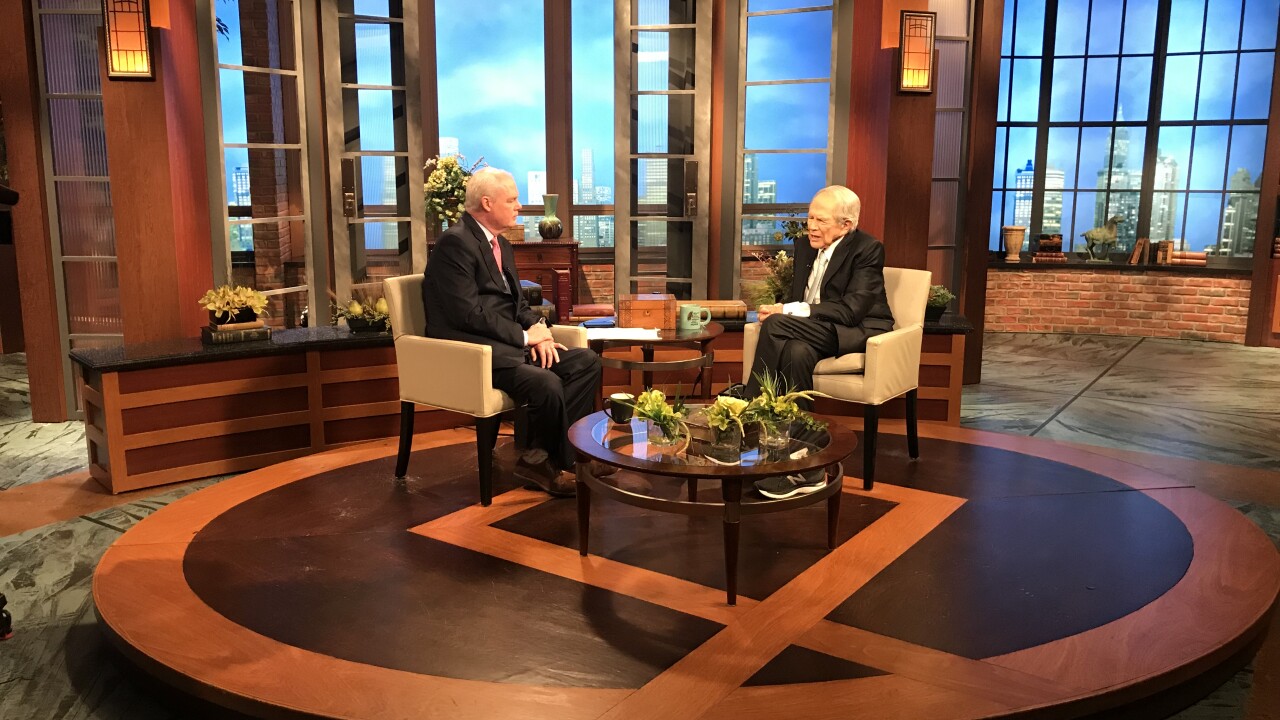 NORFOLK, Va. - CBN founder Pat Robertson remembers the lean, early days of the ministry when he purchased Channel 27 in Portsmouth.

Robertson told News 3 anchor Les Smith that he started CBN with just $70 and was able to purchase the land for CBN with the help of a friendly banker.

From those humble beginnings, Robertson created a global ministry. His signature show, "The 700 Club," is seen in 180 countries. Its largest audience is in India.

As CBN grew, Robertson traveled the world. He founded Regent University, which now has 11,000 students, and he envisions a day when Regent is educating students in India and China. Robertson also created Operation Blessing.

Related: Pat Robertson expected to make a full recovery after suffering a stroke

“Christians had thought that politics was something dirty and I was able to show them that Christians need to be involved in politics," he said.

Robertson plans to write another book. Smith asked him what he would to have written about him.

“I’d like to say servant of the Lord. That would be the best designation anyone could ever give me.”