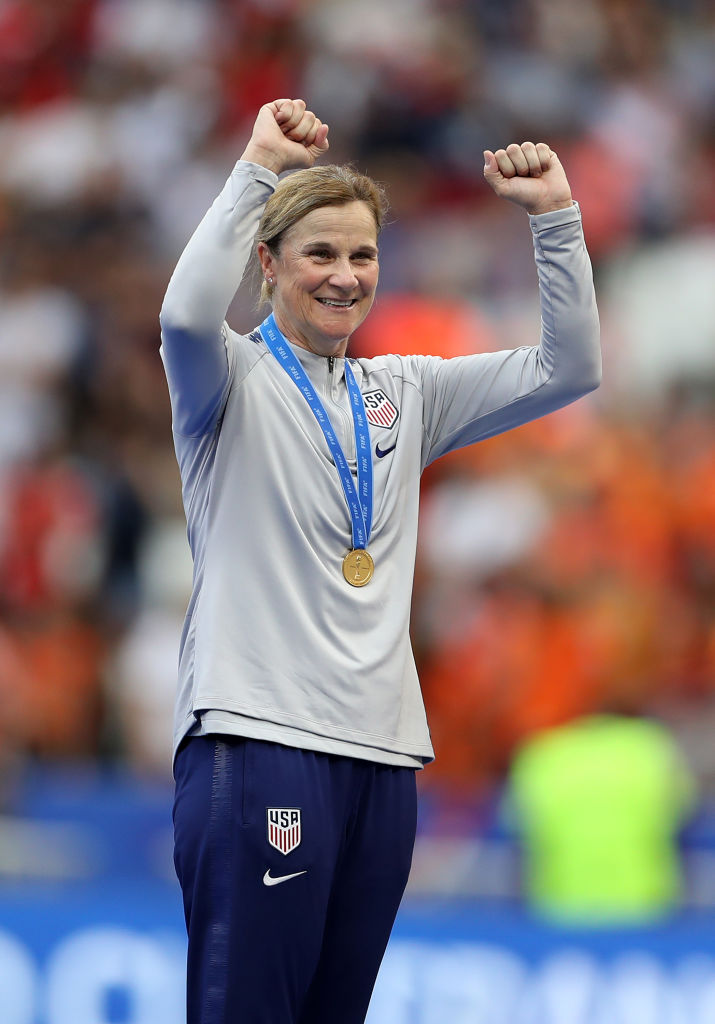 LYON, France — The social media accounts for William & Mary highlighted how proud the university is of a former player, and current head coach of the World Cup-winning United States Women’s National Team.

Jill Ellis, who has now led the U.S. to two World Cup victories, had the support of the William & Mary faithful. And a picture snapped of a university logo flag helped deepen a connection that Ellis has to a state, and university, that gave her an opportunity.

Ellis and her team beat the Netherlands in the United States’ World Cup final match up Sunday 2-0 at France’s Parc Olympique Lyonnais.

"Retrospectively, I think passion steered me towards this journey. At every major juncture in my life I realized that I chose the route that appeared to be less comfortable, with higher risk. I chose to be bold." We reflect back on these words from Jill Ellis '88 L.H.D. '16 from Commencement 2016 after witnessing Ellis & @uswnt secure back-to-back World Cup victories today. #BeBoldWM #onenationoneteam

Ellis attended high school in Fairfax, Virginia, where she was captain of her high school team that won a state title in 1984. She went on to play collegiately at William & Mary before diving into coaching.

“I never thought I’d end up coaching in it,” Said Ellis in an interview. “I think the passion, and you find out you love what you do, that’s kind of what I decided to do in terms of shifting careers.”

The 52-year-old Ellis — who originally grew up in England before coming to the states — gave the 2016 Commencement address at her alma mater.