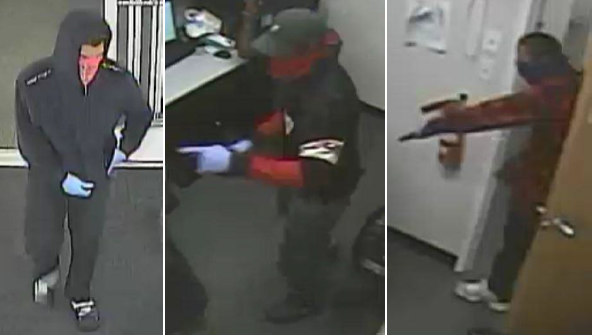 VIRGINIA BEACH, Va. – Police are looking for three men who were part of a robbery of a CVS in Virginia Beach, where one customer was assaulted while shopping.

According to officials, the robbery happened around 10 p.m. Monday at the CVS located at 6099 Indian River Road.

The injured man was the only customer in the store at the time of the robbery. Three CVS employees were also reportedly in the store.

After committing the robbery, all three men exited the store and left in a vehicle in an unknown direction, said police. Police have released photos of the three suspects.

The man who was assaulted was treated by Emergency Medical Services before being released at the scene.

This case is still being investigated by Virginia Beach Police.