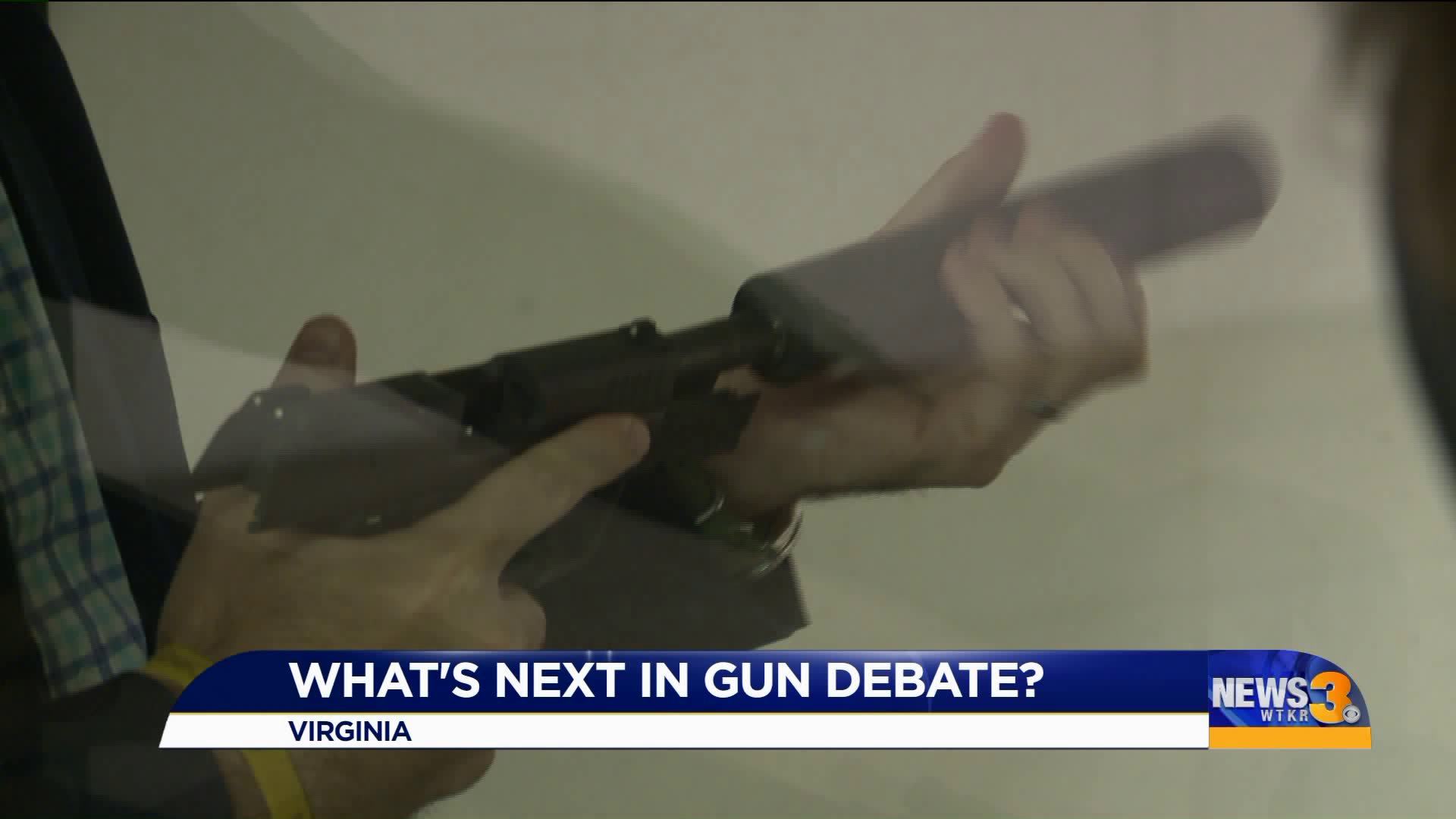 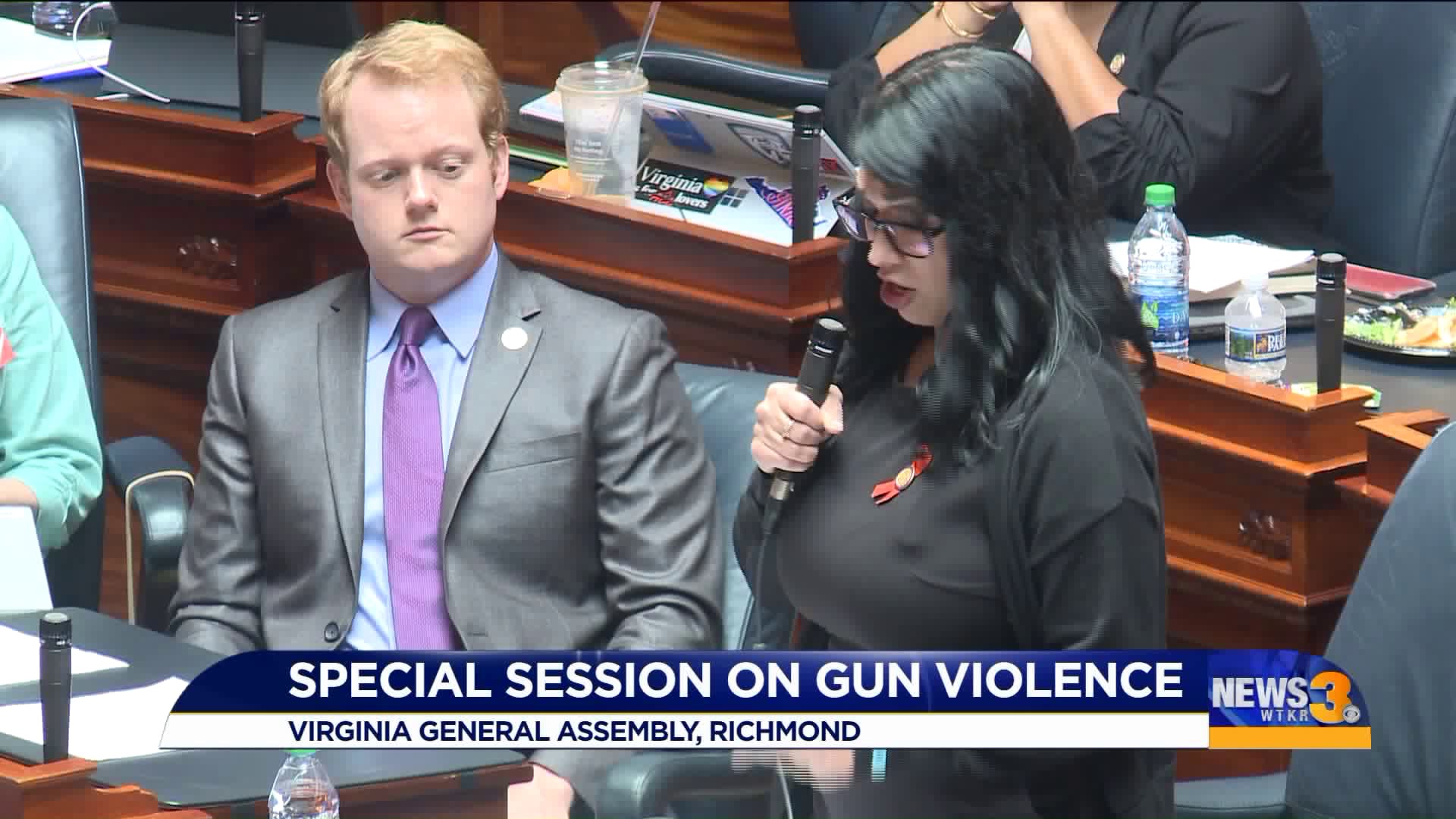 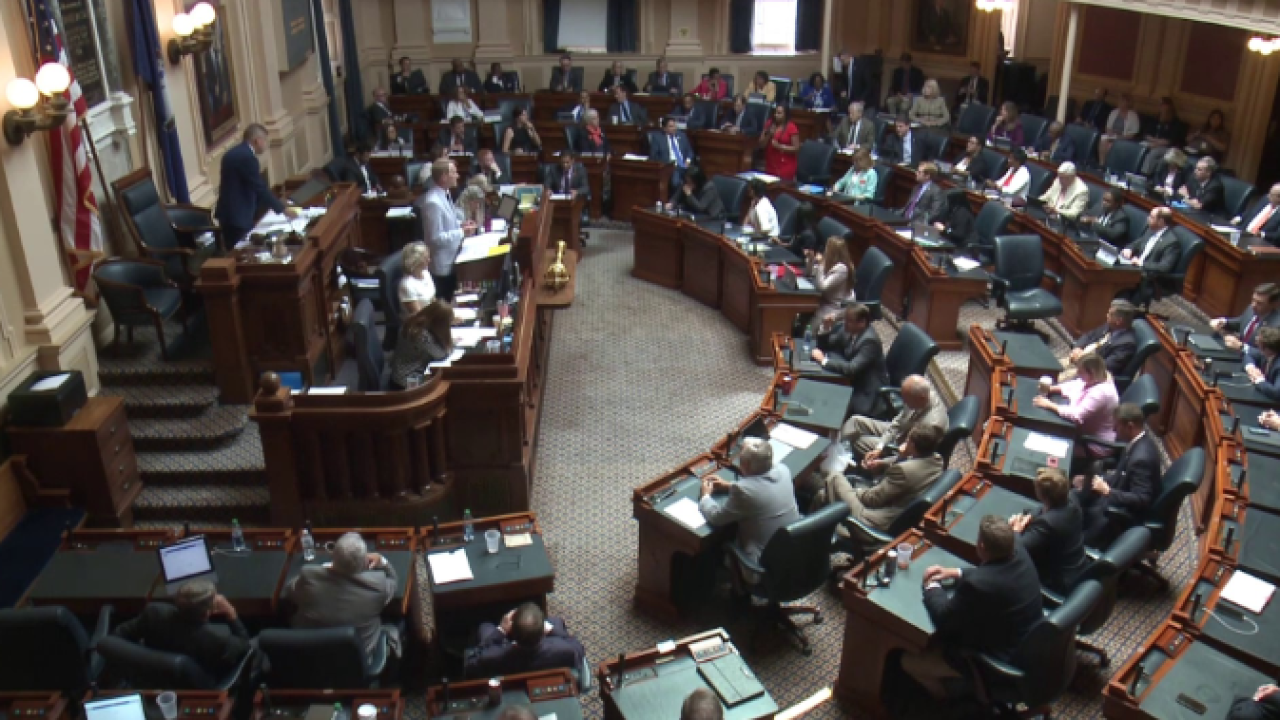 RICHMOND, Va. - Lawmakers began a special to address gun violence at about noon Tuesday, but just 90 minutes later, it was all over with no actions taken.

By a vote of 50-46, the House of Delegates voted along party lines to adjourn until November 18, which is after this fall's elections. The Senate voted similarly.

"The speed at which the Governor called the session, the partisan demands for floor votes, the road show - all demonstrate to me how the whole thing is just an election year stunt," said Del. Kirk Cox, the Republican leader of the House

Rallies on both sides of the debate were held outside of the State Capitol ahead of the session, but Republicans ended the session very quickly. Democrats were caught off guard.

"I'm absolutely shocked by what we saw on the House floor," said Del. Mike Mullin, a Democrat from Newport News. "This was an absolute inappropriate assertion of majority rule."

Republicans sent all the gun bills on both sides to the State Crime Commission for further study. "What we have is political theater going on and there are a number of scenes and a number of actors helping play that out," said Sen. Tommy Norment, the Republican Majority Leader.

Cox believes the debate should happen after this fall's elections. "If it's going to be during the election cycle, I just don't think a very productive conversation," said Cox, who said he did not tip Democrats off about his plan.

“It is shameful and disappointing that Republicans in the General Assembly refuse to do their jobs, and take immediate action to save lives. I expected better of them. Virginians expect better of them," Gov. Northam said in a statement.

Two committees met on Tuesday afternoon, but only to refer the bills to the Crime Commission.

"We need to take a deeper look at these issues and actually do something rather than stage manage a vote in which we're trying to embarrass each other," said Sen. Mark Obenshain, a Republican from Harrisonburg.