NEWPORT NEWS, Va. - Police in Newport News are trying to identify a woman wanted in connection with a stolen credit card.

According to police, on Tuesday, a 66-year-old woman was shopping at a store on Jefferson Avenue near Bland Boulevard when her wallet was stolen from her purse.

She realized it was gone when she tried to check out.

By the time she got home and checked her account, the card had already been used. 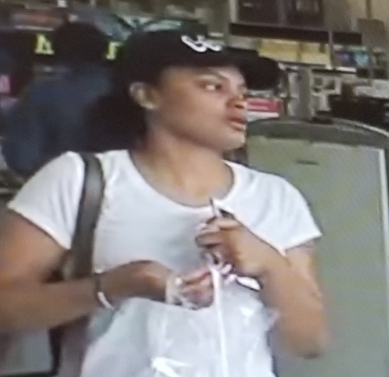 Police say the woman pictured above used the card at Best Buy and Target and thousands of dollars were charged.

If you can identify her, you can anonymously report a tip to Crime Line in one of three ways: