NORFOLK, Va. - A mother is looking for answers after a driver smashed into her daughter's vehicle and fled the scene.

"It was just heart-wrenching to think that this man could have killed my child," Beth Garrison said.

Her daughter, Mia Morin, was driving four friends when out of nowhere their world was rocked.

According to a report filed with the Norfolk Police Department, Morin was "traveling northbound when she noticed a black car in the left turn lane. The suspect was turning eastbound on W. 26th Street. [Morin] states the suspect vehicle pulled in front of her and the accident occurred."

The hit-and-run happened around 4:30 p.m. on Sunday, July 7 on Hampton Boulevard in Norfolk.

Morin now has burns up and down her right arm and her left wrist is dislocated. Her friend, Carrie Landman, was in the front passenger seat during the crash. She has bruises on her whole body from the impact of the collision.

"Everything just kinda went black and I didn't really think much of it until after the fact and then I realized what had happened," Landman said.

Garrison said she's thankful their injuries were minor, but it could have been a lot worse.

Garrison and the other families want justice and for the man driving the other vehicle to face his consequences. They want to make sure he doesn't hurt anyone else on the roads.

Norfolk Police said units checked the area where the subject fled but nothing was found.

No one has been arrested in connection with the incident.

Anyone who has information that will help police is asked to call the Norfolk Police Department or the Crime Line 1-888-LOCK-U-UP (1-888-562-5887). Tips may also be submitted anonymously at P3Tips.com. 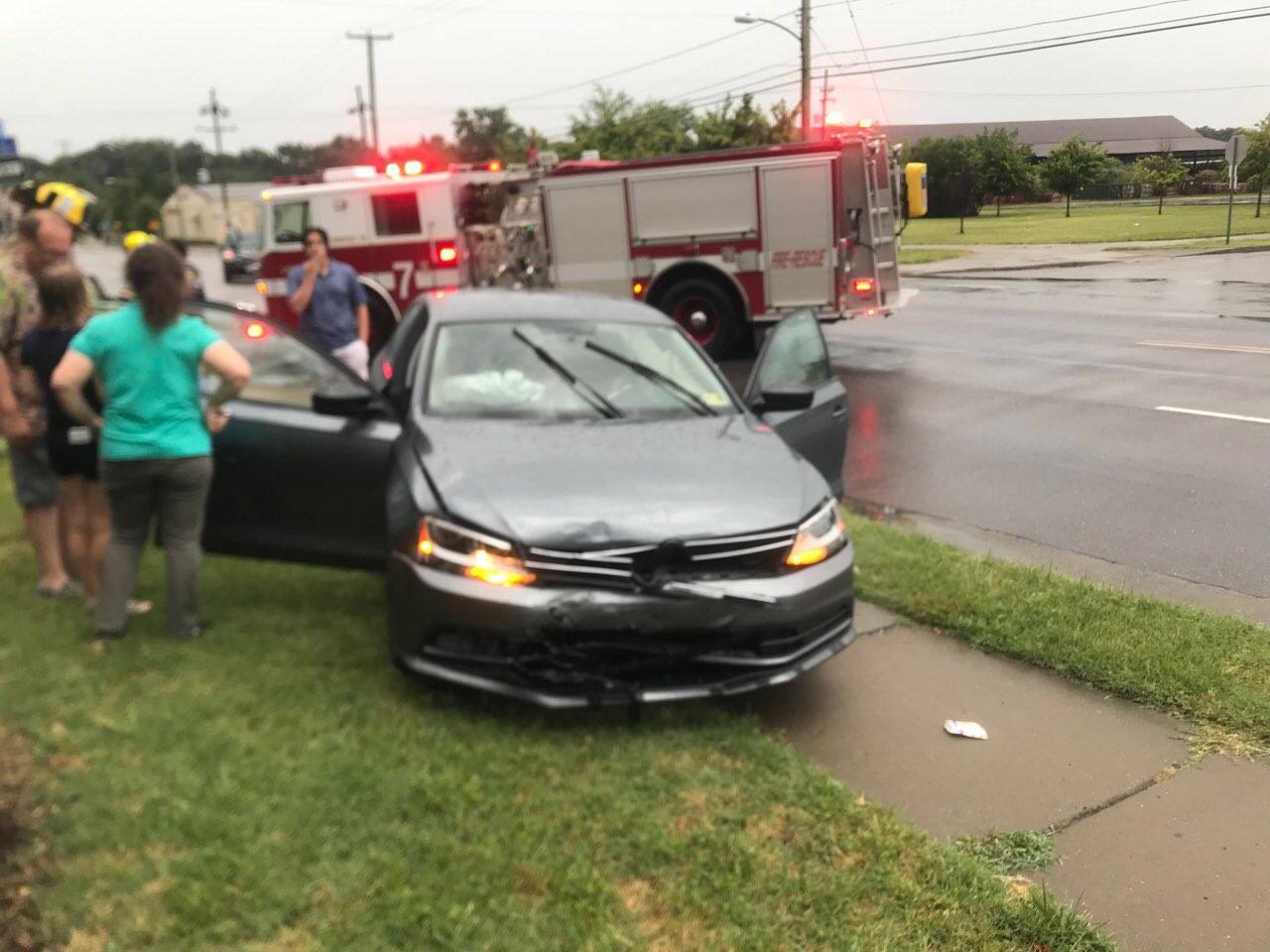