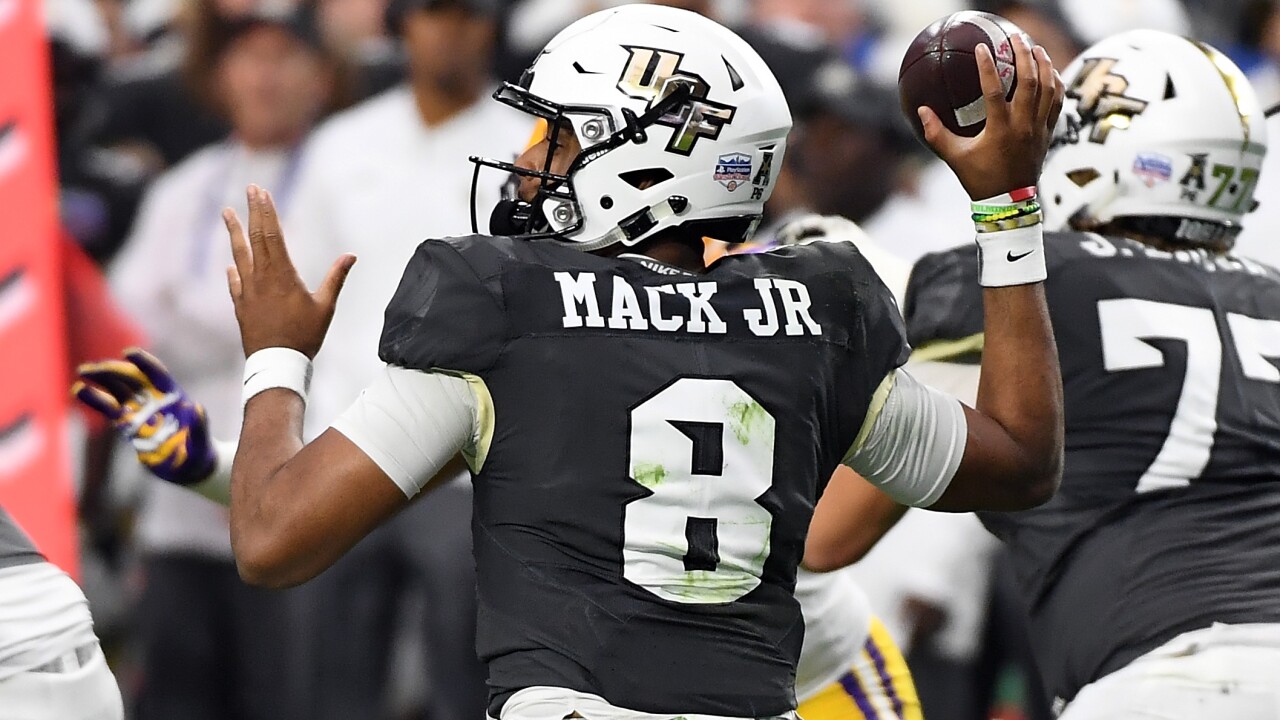 ORLANDO, Fla. – One year after being thrust into action because of a leg injury to his teammate, Darriel Mack Jr., the Norview High School product, is out of action due to a leg injury of his own.

Mack Jr., the redshirt sophomore quarterback for the University of Central Florida, will miss significant time with a broken ankle.

“Quarterback Darriel Mack Jr. suffered a broken ankle from non-football related activity this week, and there is no specific timetable for his return,” UCF announced. “He will not be available for training camp. We hope Darriel has a speedy recovery, but we are excited about the talent we have in the quarterback room to start the season.”

Mack, who replaced injured QB McKenzie Milton last season after Milton suffered a gruesome leg injury, played in 10 games in 2018 – making three starts. He ran for 337 yards and six touchdowns on 69 carries, while connecting on 40-of-70 passes for 619 yards and three touchdowns.

Mack was named the Most Outstanding Player of the 2018 American Athletic Conference Championship Game.

Notre Dame graduate transfer Brandon Wimbush is now the likely starter for UCF. Wimbush, who arrived in the spring, left Notre Dame after 20 touchdowns and 12 interceptions in 20 career contests for the Fighting Irish.