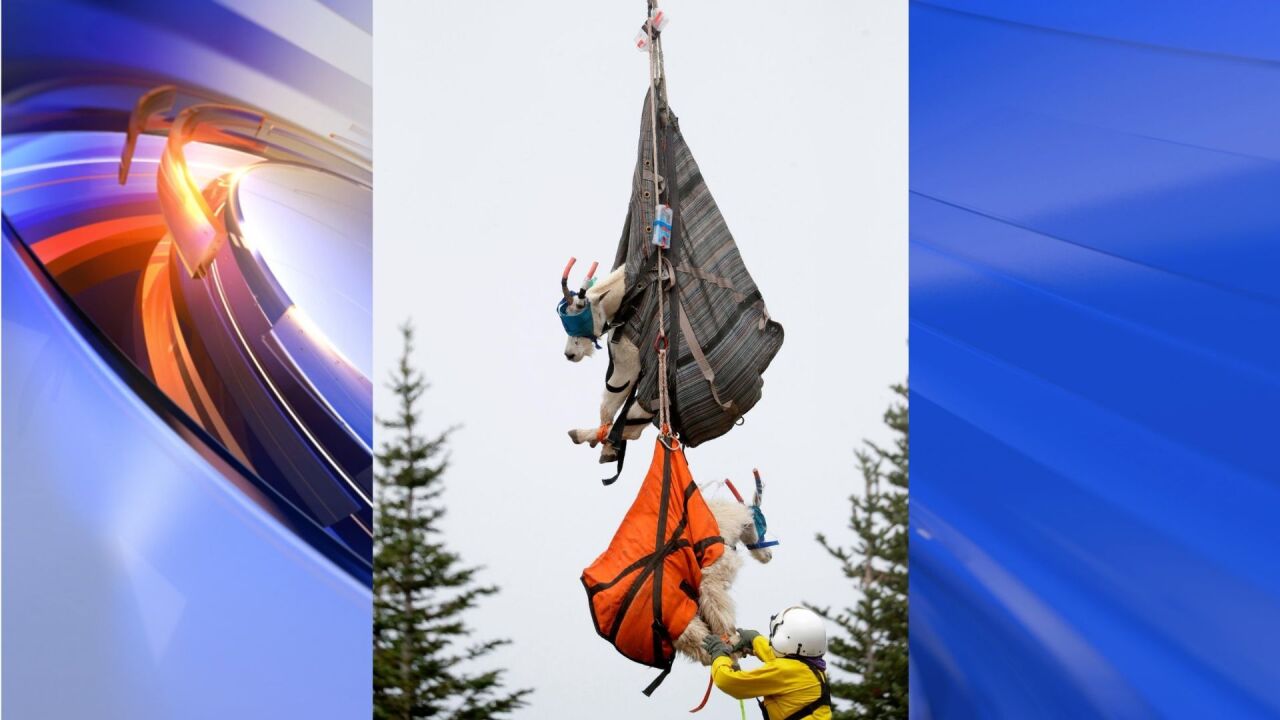 If you see some blindfolded goats soaring through the sky, don’t freak out.

A goat is settled into a truck.

The government has hired a private contractor that specializes in the capture and transport of wild animals, the National Park Service said. A helicopter crew will use immobilizing darts and net guns to capture the goats, which are blindfolded so they don’t panic and then flown to a staging area; from there, they’re taken by truck to the Cascades.

In the 1920s, humans introduced mountain goats to the Olympics, according to the National Park Service. However, the goats’ presence — which has boomed over the years — threatens 20 native plants and animals that are unique to the Olympic Peninsula.

The goats’ population has more than doubled over the past 12 years, according to a 2016 US Geological Survey report. There are an estimated 725 in the Olympics area now, the park service says.

In addition, the service says, some goats have become aggressive and dangerous to humans. They’re are attracted to mineral salt licks that are found in the Cascades, but because there are no mineral salt licks in Olympic National Park, they have sought out humans’ salty sweat and urine.

Native goat populations in the Cascades have been slow to recover from overhunting.

The goal is to get to zero

Eventually, the agencies hope to eradicate the mountain goats from the Olympic National Forest. As of now, they are planning to use only capture and relocation.

“However, once capture operations become impractical or hazardous due to steep terrain the remaining goats would be removed by lethal means,” the National Park Service says.

This is the second time the park service, the Washington Department of Fish & Wildlife and the Forest Service have conducted a relocation operation. A September run removed 115 mountain goats from the Olympics.

Some trails and visitor areas in Olympic National Forest will be closed during the two-week operation, lasting through July 19. The agencies are planning another operation for August 19 through 30.