YORK Co., Va. - Deputies with the York-Poquoson Sheriff's Office arrested a man wanted for sex trafficking after a tactical situation in the 100 block of Bypass Road in the Williamsburg area of York County Thursday afternoon.

Officials say earlier Thursday, maintenance workers heard noises coming from a room they believed to be vacant at the Travel Lodge in the area. When authorities entered the room, Cole pointed a handgun at them and ordered them to the ground.

Cole then exited the room and barricaded himself inside another room. The area was then cordoned off. 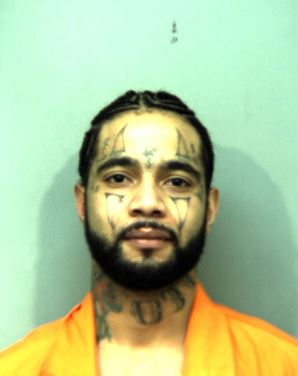 Around 9:30 a.m. on Friday, July 5, officers responded to the 300 block of York Street in reference to a suspicious incident call. They arrived on scene to find two victims whom Cole allegedly abducted and forced into prostitution.

An investigation determined that Cole also strangled, assaulted and robbed the two victims of their personal items. The victims were treated on scene for non-life-threatening injuries.