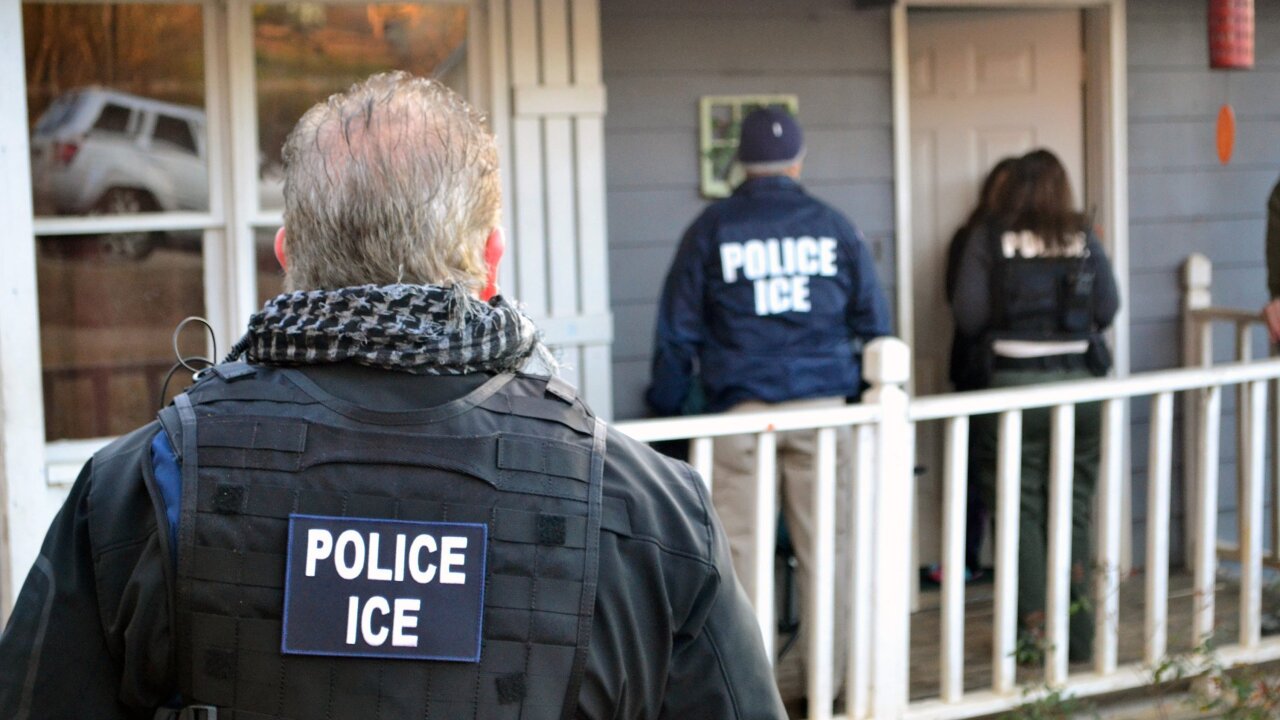 US Immigration and Customs Enforcement plans to begin raids Sunday in an effort to arrest and deport “thousands” of undocumented immigrants, The New York Times reported, citing conversations with one former and two current homeland security officials.

US Immigration and Customs Enforcement plans to begin the previously postponed raids across the country Sunday to arrest thousands of family members of undocumented immigrants who already have court orders to be removed, according to a US official.

The effort comes weeks after President Donald Trump had tweeted ICE’s plans to conduct the raids, then delayed the operation after additional details became public. The President, adamant on doubling down on illegal immigration, has repeatedly tweeted about an impending operation, a striking move given that operations are not announced ahead of time.

It comes in the middle of another tumultuous week at the White House, with controversy surrounding Labor Secretary Alex Acosta and concerns about upcoming testimony of former special counsel Robert Mueller. Trump is also trying to press ahead with adding a question about citizenship to the 2020 census after the Supreme Court dealt a major setback last month.

The New York Times first reported on the raids, saying they are expected to take place in at least 10 cities, will occur “over multiple days” and will include “collateral” deportations in which “authorities might detain immigrants who happened to be on the scene, even though they were not targets of the raids.”

Matthew Bourke, an ICE spokesman, said ICE will not comment on operational details and “ICE prioritizes the arrest and removal of unlawfully present aliens who pose a threat to national security, public safety and border security.”

On Wednesday, acting US Citizenship and Immigration Services director Ken Cuccinelli said the ICE raids are “absolutely going to happen” following a delay from the President to see if Congress could work out a legislative solution on immigration.

“They’re absolutely going to happen. There’s approximately a million people in this country with removal orders. And of course that isn’t what ICE will go after in this, but that’s the pool of people who have been all the way through the due process chain,” he told reporters at the White House.

ICE had planned to arrest and deport families with court-ordered removals in 10 cities in late June, according to a senior immigration official.

The day before the raids were set to begin, Trump delayed them for two weeks, saying he would wait “to see if the Democrats and Republicans can get together and work out a solution to the Asylum and Loophole problems at the Southern Border.”

After the original raids were delayed, Acting ICE Director Mark Morgan said operational details that had been reported were to blame. Morgan had previously confirmed to reporters that plans were underway, though he refrained from providing a time frame or details on the scope of the operation.

“It’s just egregious, and it puts the lives of the officers and agents at risk,” Morgan said on Fox News last month. “The men and women I’ve served with are true American heroes. And so what the President did — he recognized that, and so he postponed … to protect them.”

“You never want the target to know you’re coming. You want that element of surprise because it keeps you safe,” he said, referring to the officers.

“From an effective perspective, that’s why you don’t announce these things,” he added. “Somebody has determined the political value of talking about this publicly exceeds the operational value of surprise.”