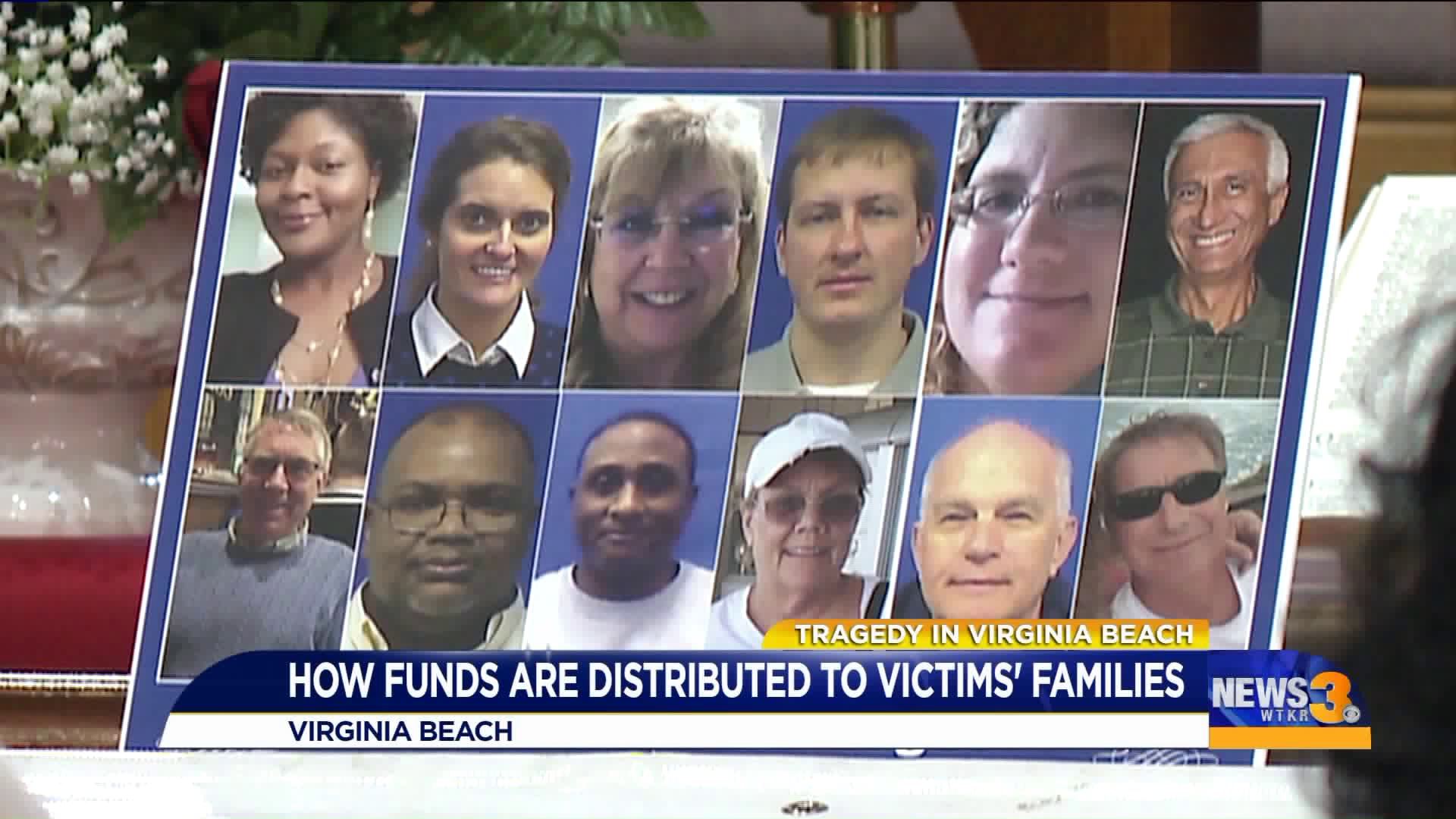 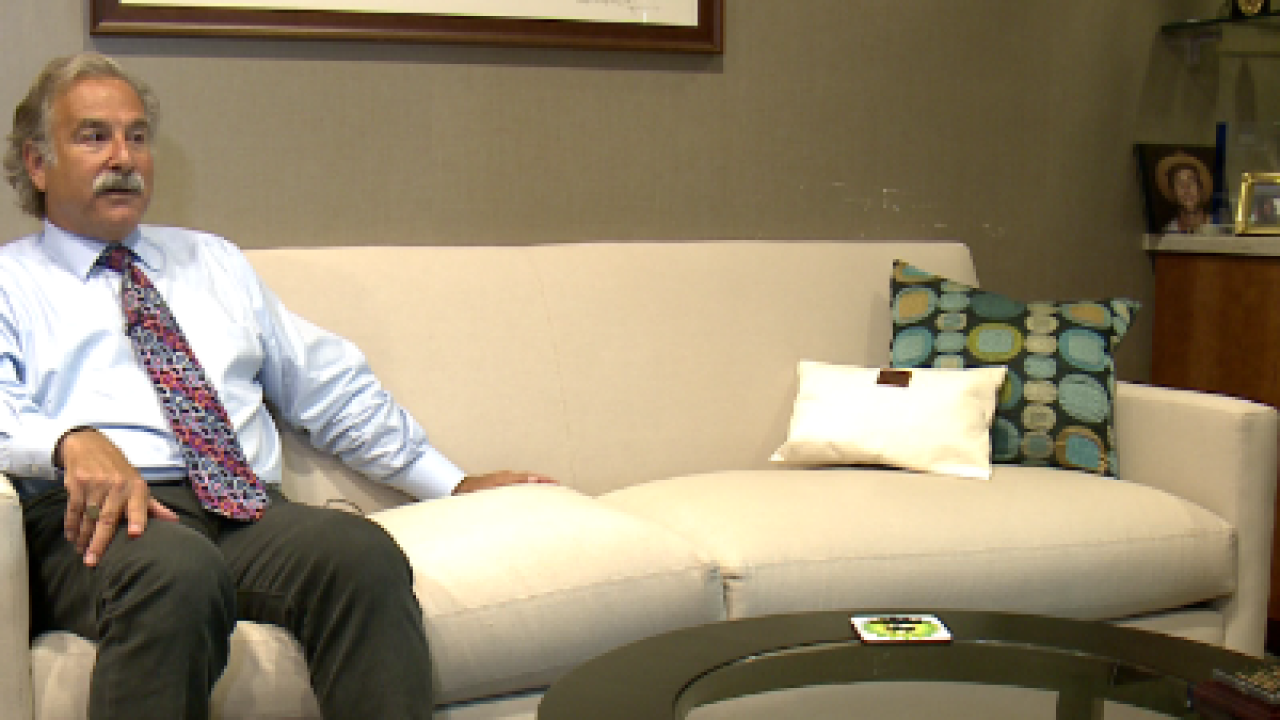 Donations have been pouring in to the United Way since the tragedy.

Now, we are learning more about how the money is being divided up among the victims' families.

News 3 met with the person responsible for making the hard decisions about who gets what and how much.

“They lost their lives working for us. Let’s help them; that’s all I’m trying to do,” said Jeffrey Breit, a local lawyer and victim advocate with 40 years of experience.

Breit is assessing the needs of the families. He said he has met with them over the course of several weeks.

The United Way of South Hampton Roads said the city asked them to create the Virginia Beach Tragedy Fund soon after the shooting.

“In the face of such tragedy, to see our community come together in such a significant way has just been really amazing,” said Kelsey Mohring, a representative for the United Way of South Hampton Roads.

Breit’s goal is to raise at least $5 million.

United Way said each donation is entered into a software system to track when, where and from whom donations are received. They said it will show all dollars in and all dollars dispersed with supporting documentation audited by Wall, Einhorn and Chernitzer.

In a release, they said 100% of donations have been given to families of those killed or those who were injured during the attack.

Breit is meeting the family members and is trying to assess the needs of each family and determine how much they get.

He said the money will not be divided equally among the family members. 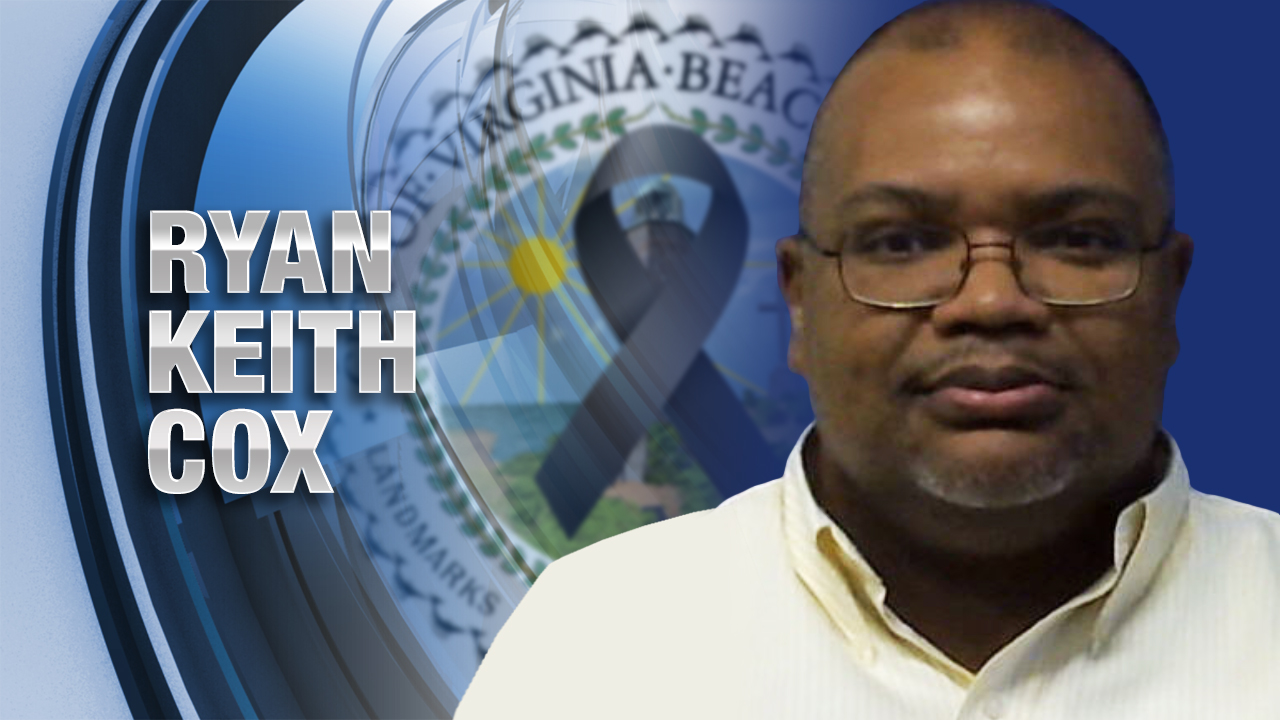 “There’s not enough to give every family what they need, so I have to make judgment calls. I have to make some decisions, and so I’m meeting the families and trying to figure out where the needs are,” said Breit.

He said it’s been an honor to meet the families.

“As emotional as it might sound, it’s been fascinating. I’ve enjoyed it. They’ve been wonderful people,” said Breit.

He’s asked all kinds of questions about the unique needs.

“What are the things that are keeping you up at night other than the fact that you’ve lost a loved one? What are their bills that are really starting to eat at you?" said Breit.

He said the long-term needs are great.

“We have a quadriplegic that has unbelievable needs. We have a man whose wife was the main breadwinner and three young children. We have severe injuries, facial injuries where they can’t go back to work,” said Breit. “I have 16 families I am trying to help. If I had $25 million, it wouldn’t be enough. That’s how bad the needs are.”

Funeral expenses were paid for the victims; each family got $25,000, and now each family is having their needs assessed.

Breit will make a recommendation to the United Way of South Hampton Roads Boards Executive Committee, which will review it and make an approval.

United Way said the fund will remain open as long as it is actively receiving donations.

For more information or to make a donation to the Virginia Beach Tragedy Fund, click here or text VABEACH to 41444.