People in Norfolk come together to shine their Lights for Liberty

NORFOLK, Va. - The cries of immigrant children at the border living in crammed cells are heard here in Norfolk.

“I’m a mother of five, and I’m stricken by seeing these children,” said organizer Lisa Suhay.

Suhay and dozens of others met at Town Point Park Friday with posters to protest on behalf of the thousands of families being held at detention camps.

“Of children dying - not just on our watch... at our hands, with our tax dollars on a cold floor under a cold blanket,” said Suhay.

Children at the Lights for Liberty vigil read letters from kids detained at the centers.

“Sometimes it’s so crowded we can’t find a place to sleep," read one child who came with her mother.

Reports detail the living conditions at the camp as horrendous - including outbreaks of scabies, shingles and chickenpox.

“If we saw this happening in any other nation in the world we would be horrified,” she adds. 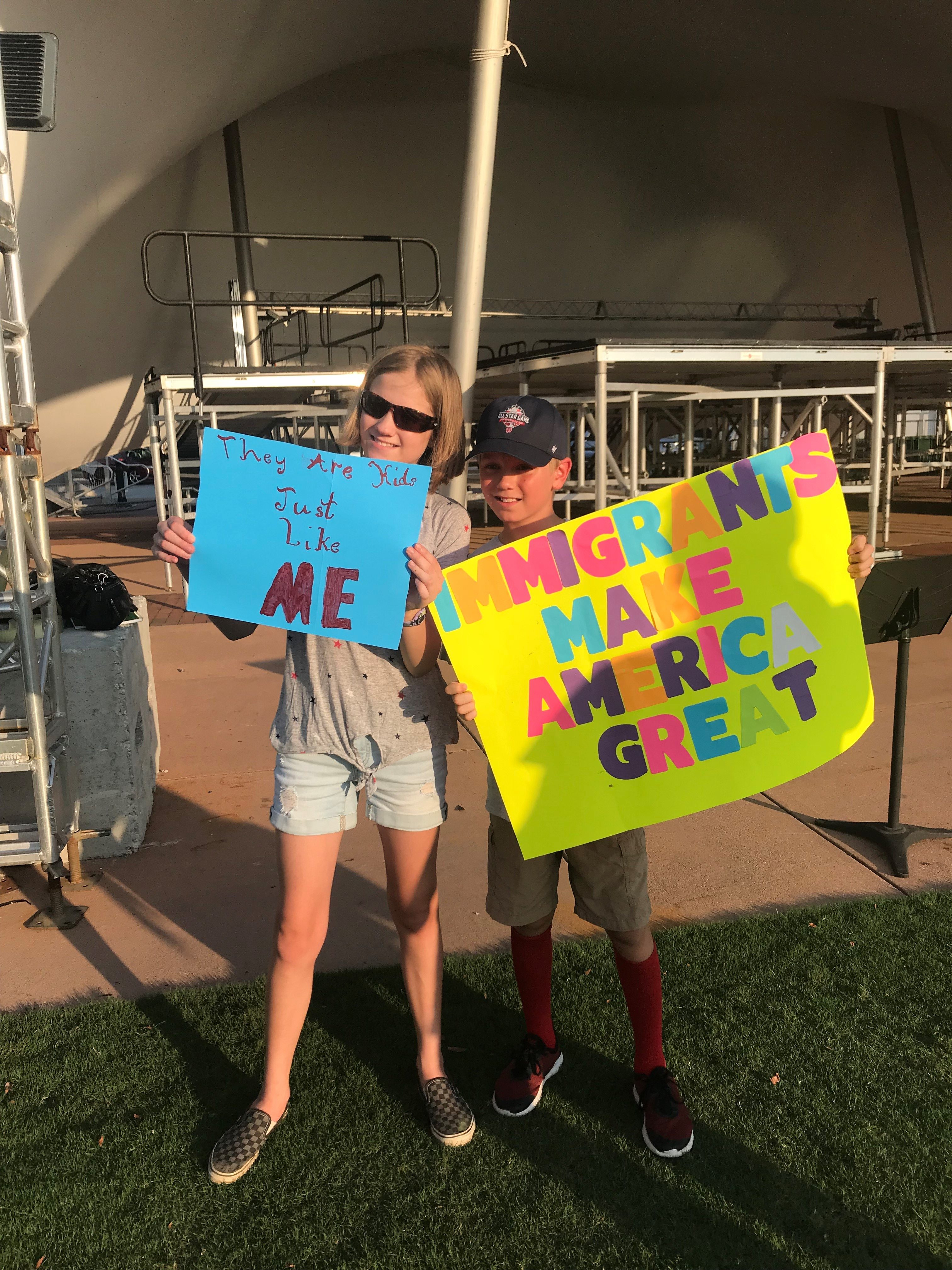 Vice President Mike Pence acknowledged the situation at the border.

“It’s overcrowded here at McAllen. This is the epicenter of the crowding on the southern border,” said Pence.

He promised that the administration will fix the broken immigration system.

“The president and I are ready to roll our sleeves up and work with men and women in both political parties in Congress to bring about the changes that will bring an end to this crisis.” Pence adds.

Until then, attendees say their candles are for the families that need a light in darkness.

Attendees are ending the #LightsforLiberty vigil singing “this little light of mine” 🎶 @WTKR3 pic.twitter.com/syBkJJb8qZ