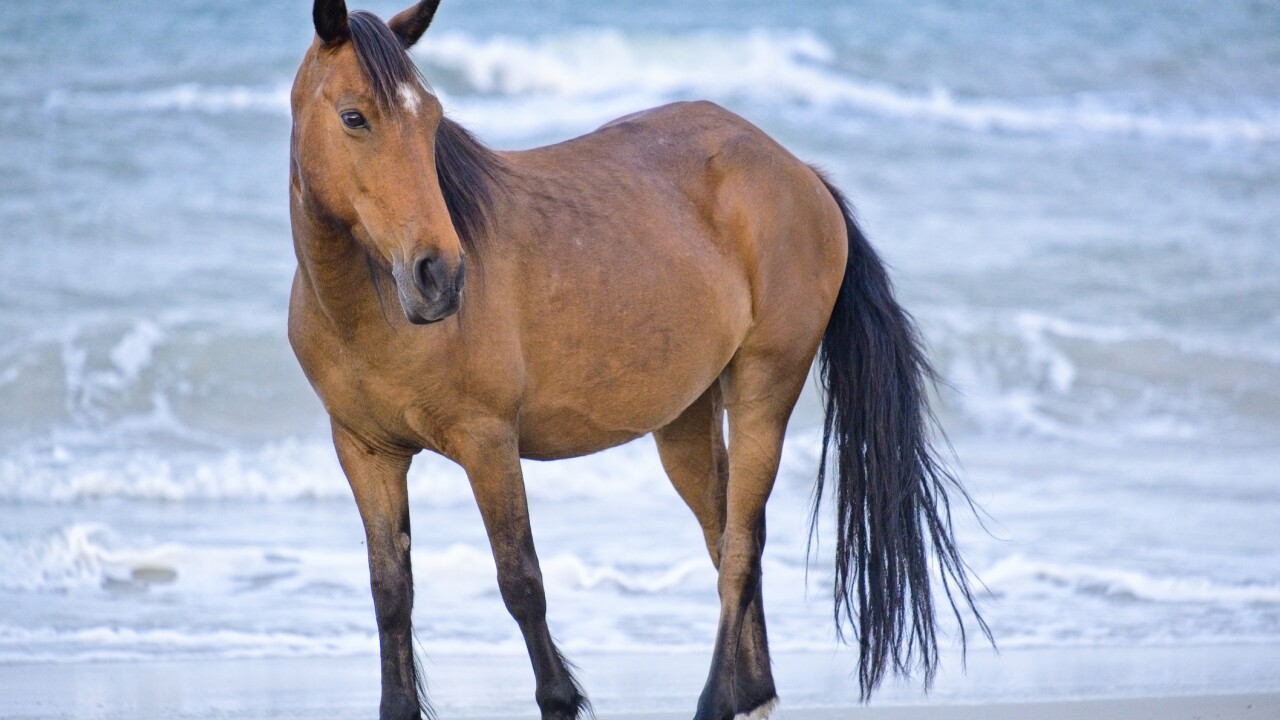 COROLLA, N.C. – A wild horse was tragically killed in an accident in Corolla over the weekend, the Corolla Wild Horse Fund announced.

Around 6 a.m. on July 13, the organization’s herd manager received a call that a horse was tangled up in some wire. When staff arrived at the scene, they determined that the mare had run head-first into an unmarked guy-wire and died instantly.

The organization says the horse was respectfully buried in a secluded spot not far from where she died.

The mare was the mother of Rosie, one of the foals that was born at the end of March. Rosie is now old enough to survive without her mother’s milk, the organization said.

No humans were involved in the accident, and it was the result of horses chasing each other around.

After calling the power company to discuss having all the power poles checked and having markers put on any bare guy-wires, the Corolla Wild Horse Fund said Monday there will be a guard put on the guy-wire that the mare ran into. The power company will also begin a survey of the entire area to make sure there are guards on all of them.

The organization will also lend a hand by reporting any unmarked wires as staff are out and about.

As for Rosie, she is doing fine and has been spotted with her family a couple of times over the past two days.