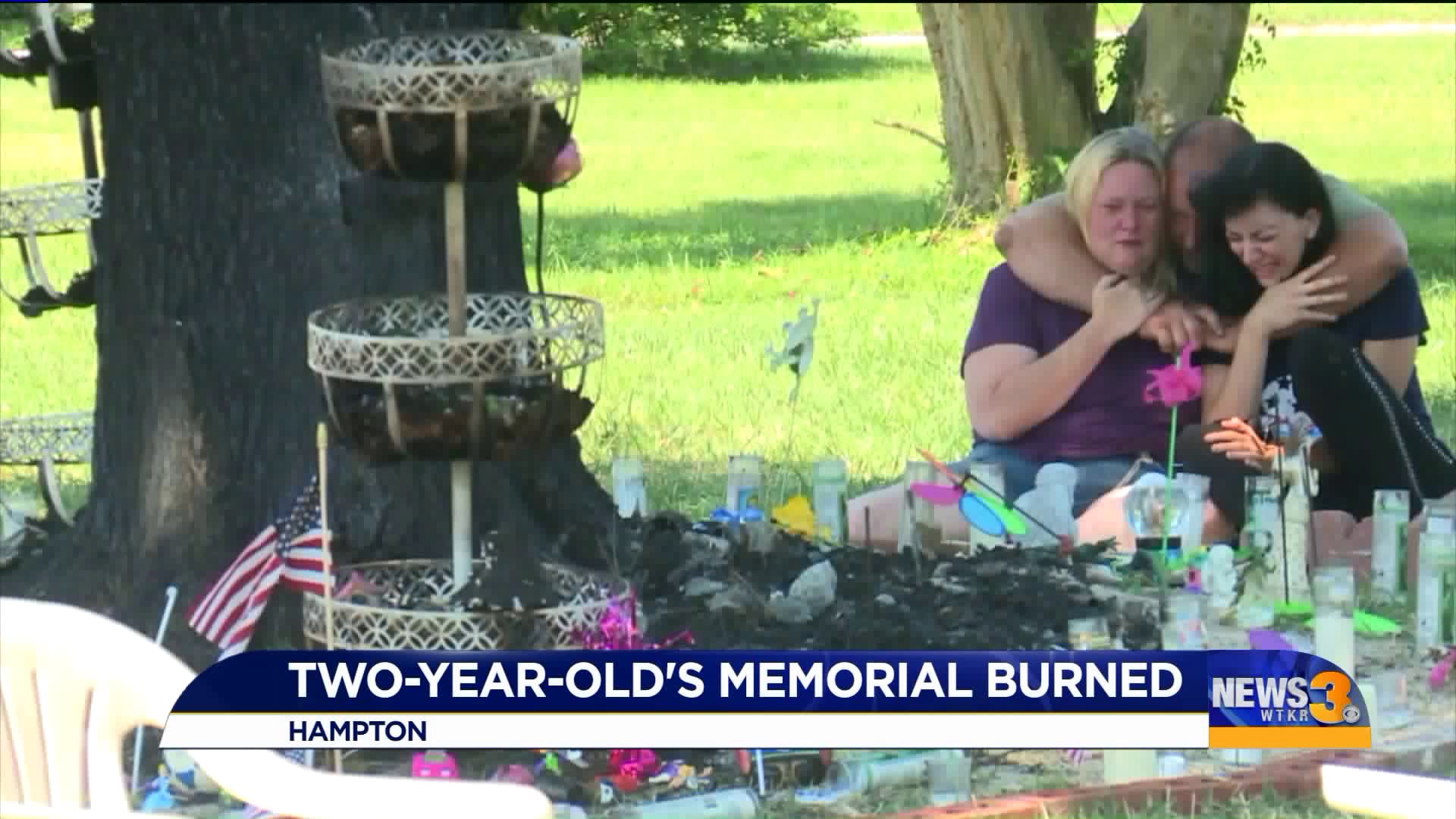 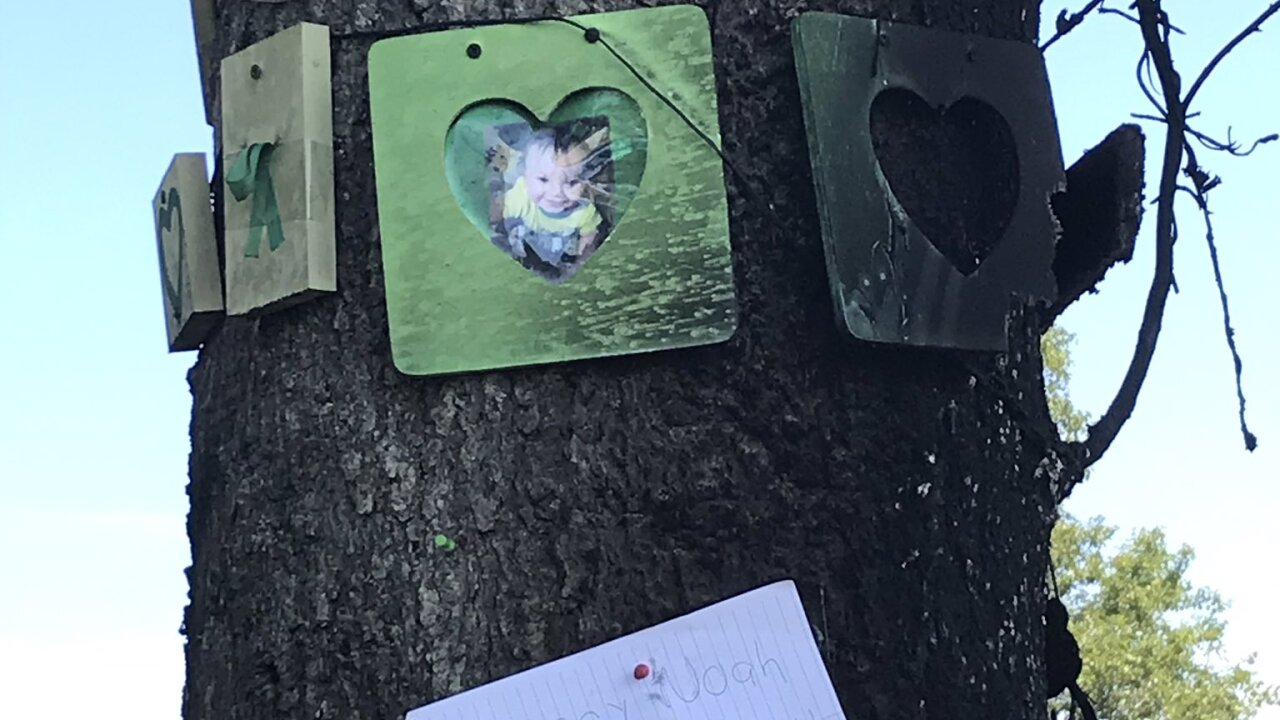 HAMPTON, Va. - A tree that has been turned into a memorial for 2-year-old Noah Tomlin has caught fire.

Hampton fire officials say their department was called to the tree on 1st Street in Buckroe Beach around 2:30 a.m. Monday.

While they are still investigating, at this time they do not believe that the fire was set intentionally. They say it is possible that a candle at the tree was not put out completely or that cigarette ash left near the tree could have started the fire.

Those who take care of the memorial tell News 3 that they don't believe the fire started accidentally. They believe someone set the tree on fire on purpose. People were out at the tree until 1 a.m., and they say every candle was put out completely before they left.

"Last night was the first time in over a week someone wasn’t here 'til 3, 4 o’clock in the morning guarding this tree and this happens? Something is wrong," said Jammie Abbot, one of the people who helped build the memorial.

All of the stuffed animals left at the tree had to be thrown away, along with many plants, signs and other items left behind for Noah.

Volunteers spent the day repairing what they could at the tree. They say they aren't letting the fire keep them from honor Noah's short life.