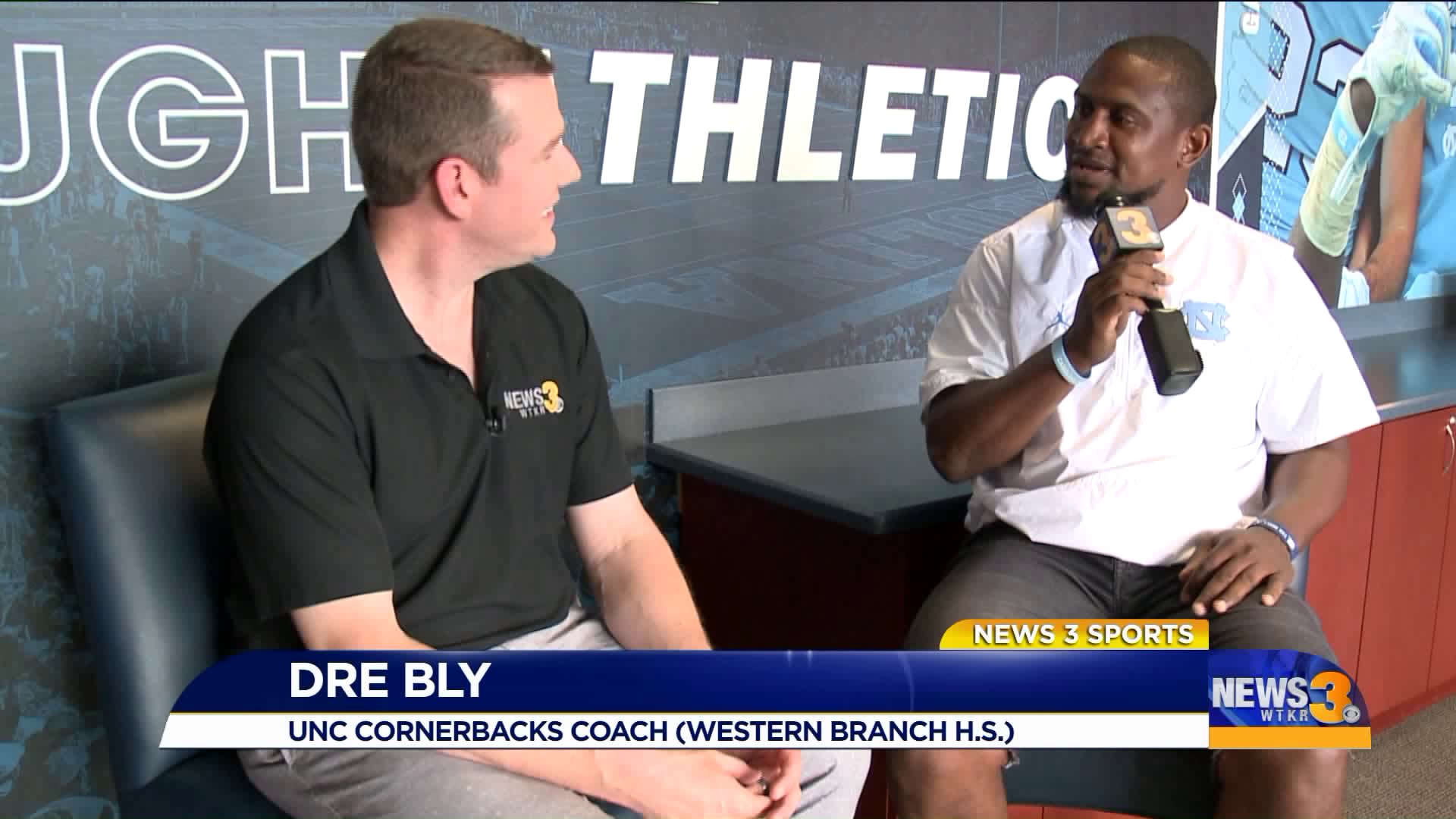 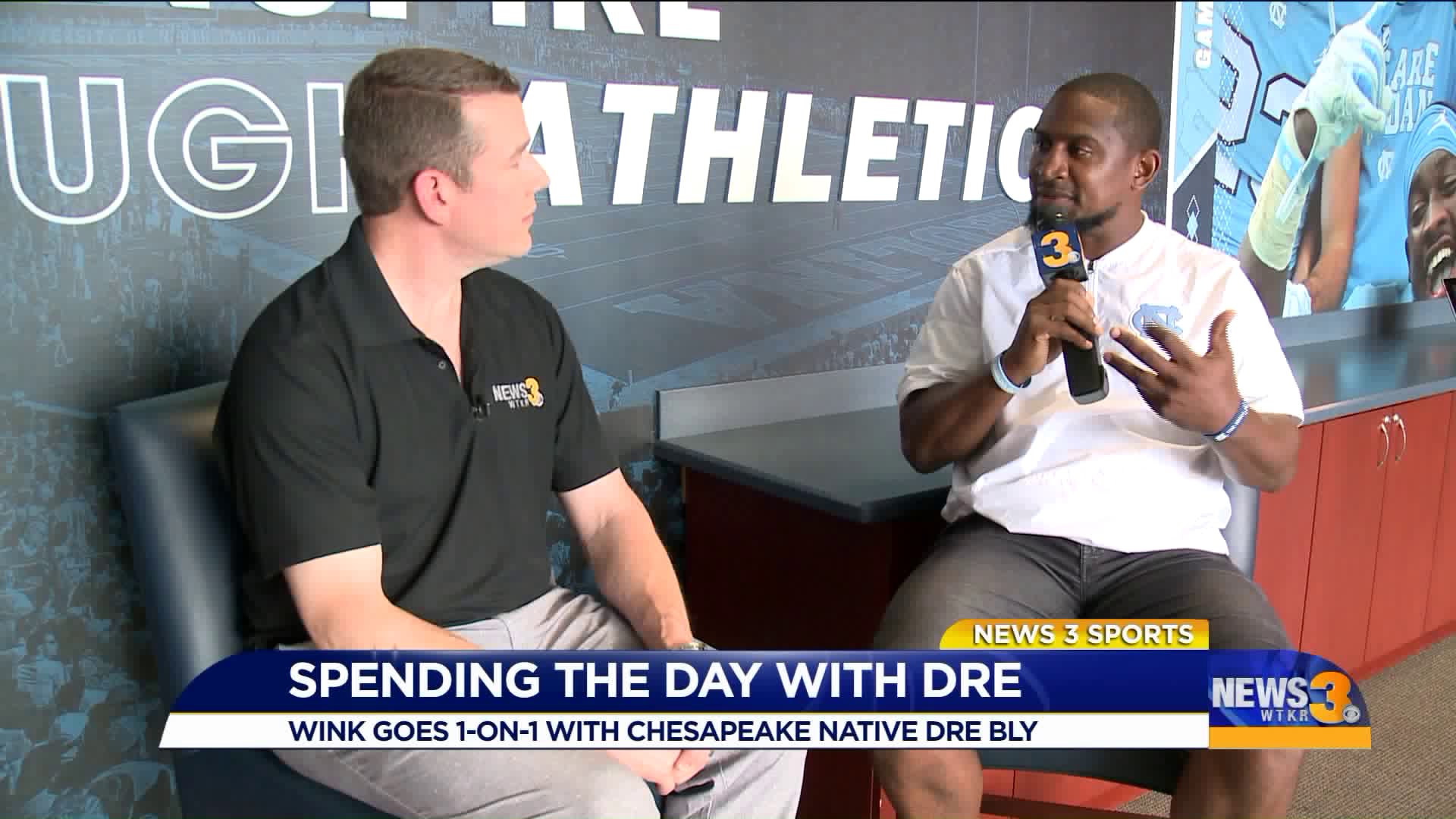 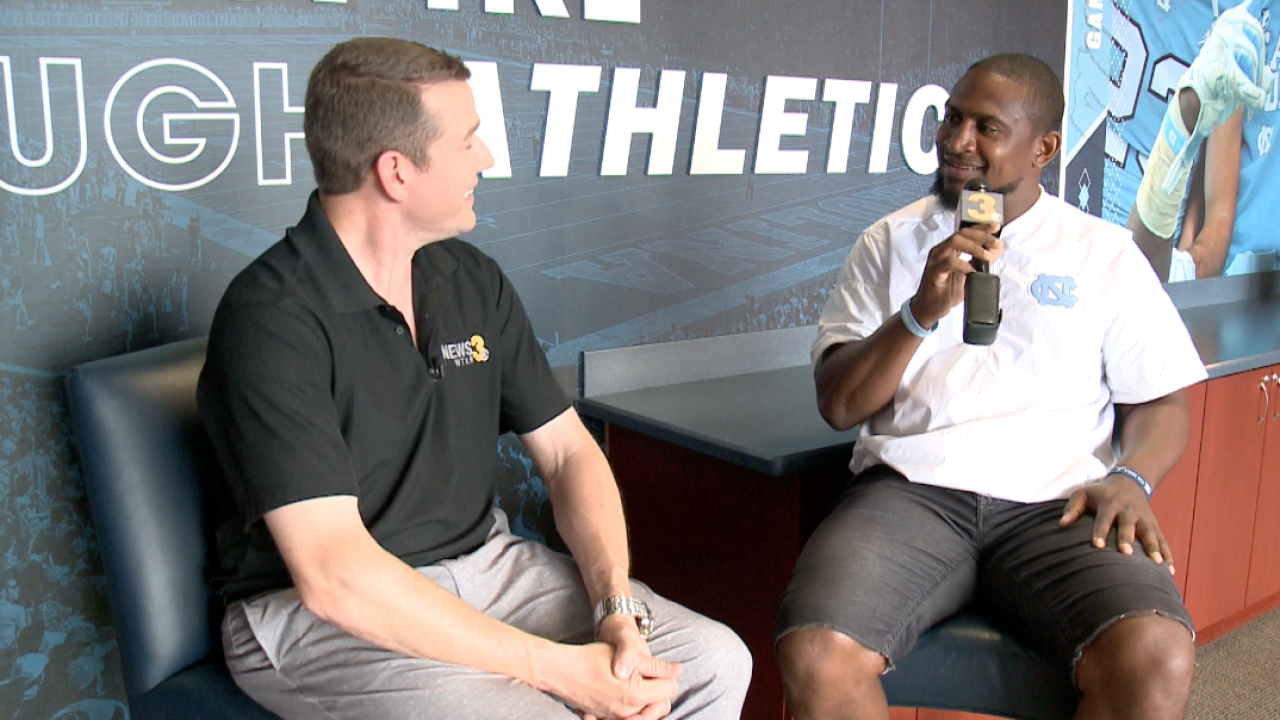 Bly, the Virginia Sports Hall of Famer and Super Bowl champion who remains the only player in Atlantic Coast Conference history to earn first-team All-America honors in his first three seasons, is entering his first season as cornerbacks coach at the University of North Carolina. In November, he joined Mack Brown's staff - his head coach during every season but one as a Tar Heels player.

"It's crazy how my journey has been," Bly explained to News 3. "Growing up in Chesapeake, Virginia and having the chance to come to my dream school. Then playing 11 years in the NFL and then having a chance to finish up where it started - it's a dream come true."

Tuesday, News 3 Sports Director Adam Winkler spent the day with Dré - including a 1-on-1 conversation about returning to UNC, what advice he'd give his younger self, a reunion with Mack Brown and how long it will take the Tar Heels to return to prominence.

"I'm very confident," Bly said when asked about the process of rebuilding a program that went just 2-and-9 in 2018 after a 3-and-9 season in 2017. "Coach Brown has been very, very successful. Everything coach touches - it turns platinum. I feel that everything I touch it turns platinum. I don't lose - that's my mindset."