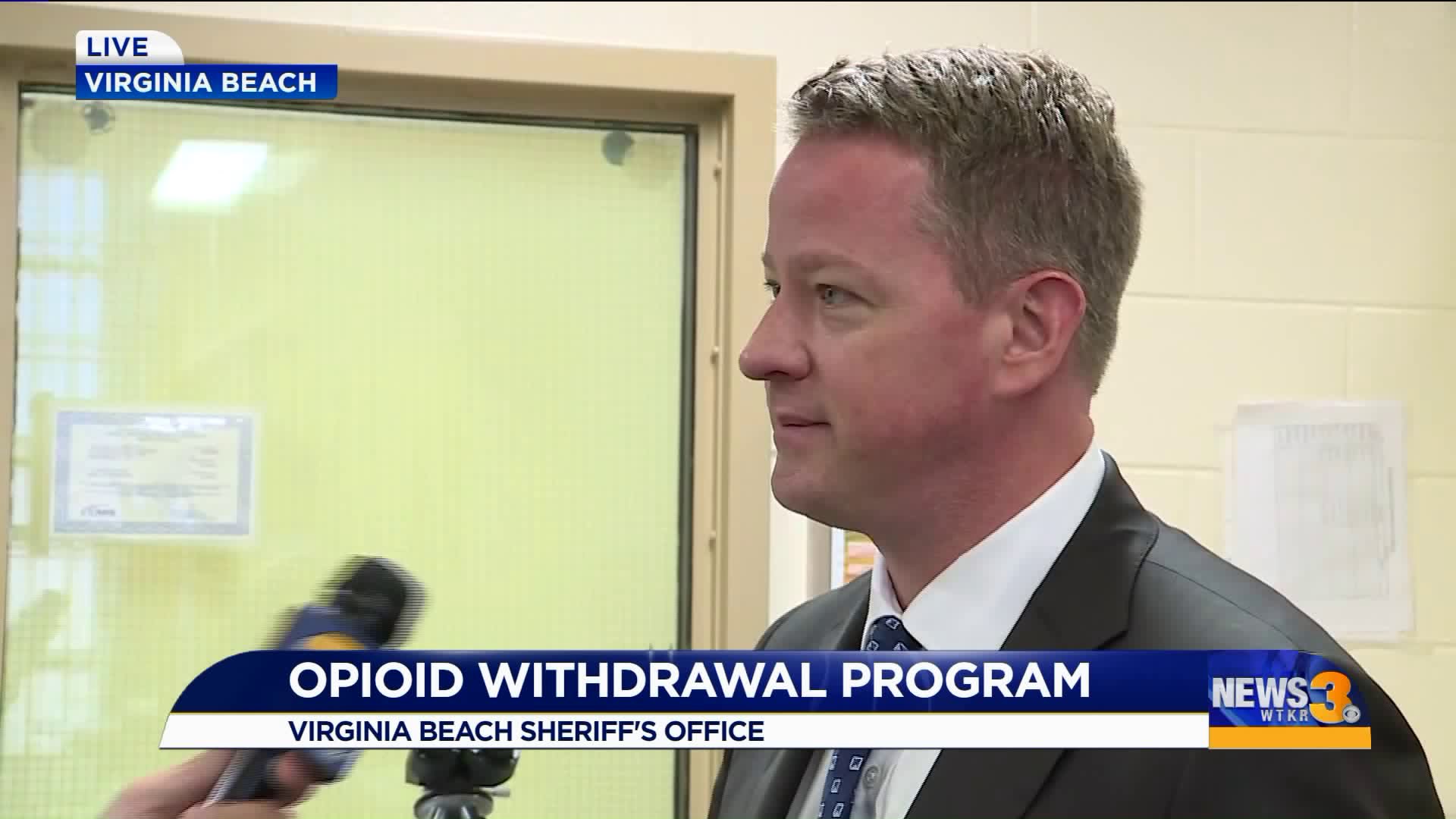 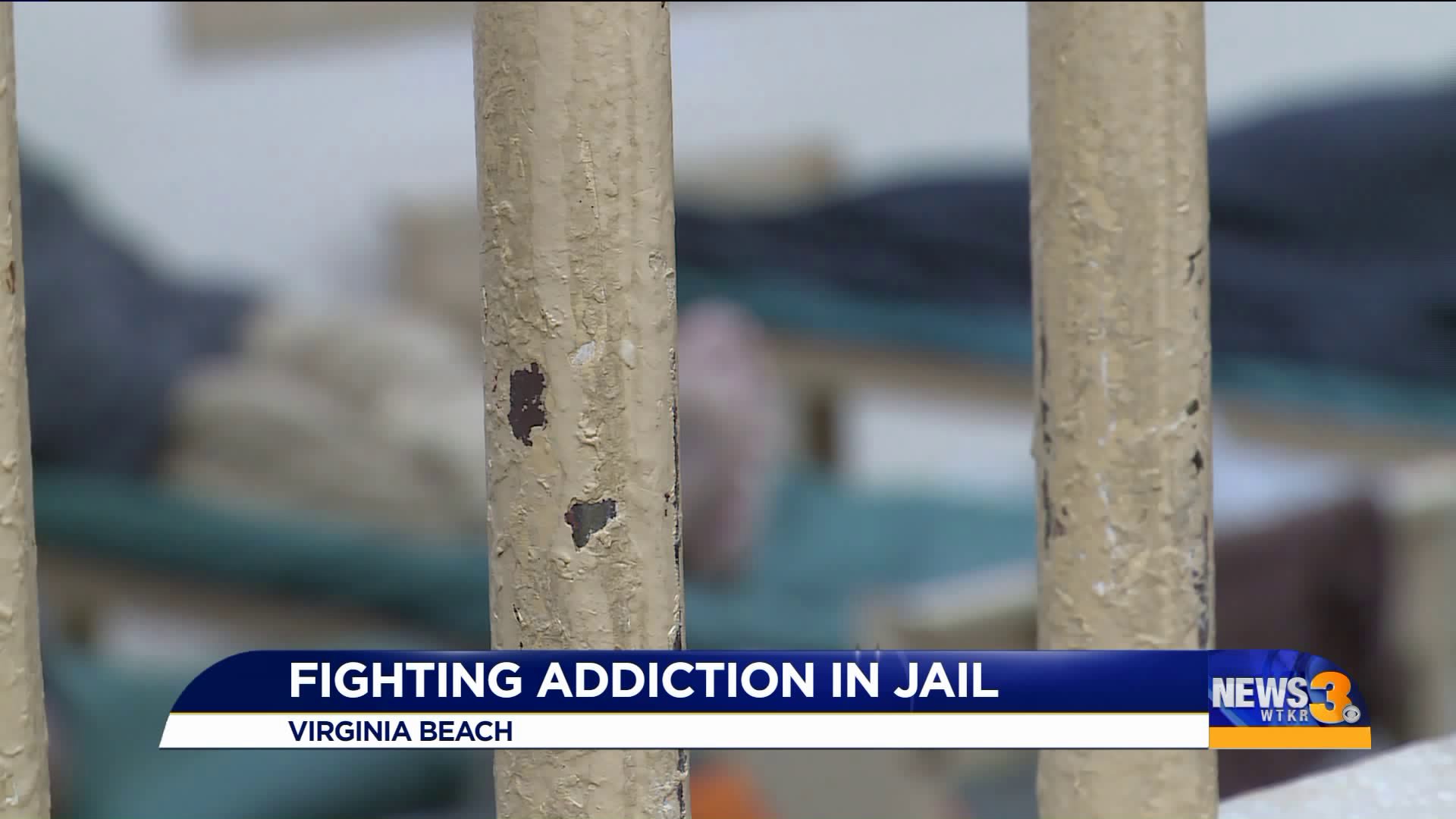 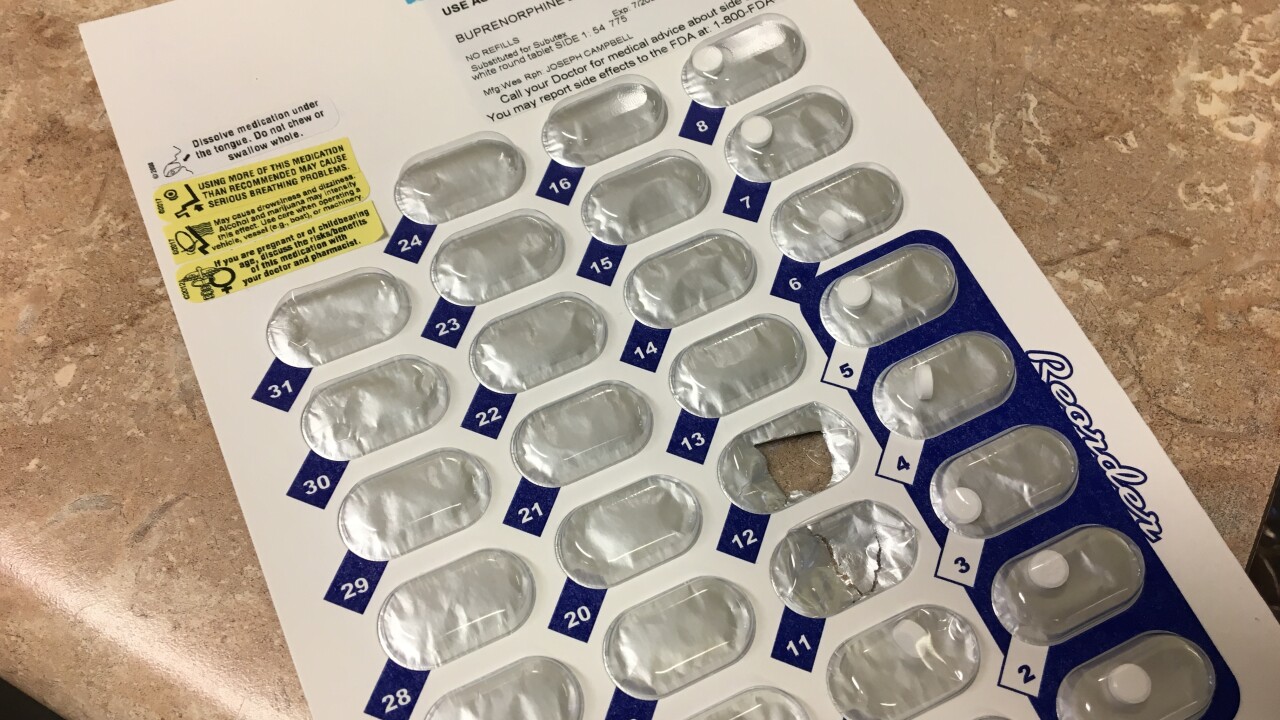 VIRGINIA BEACH, Va. — The opioid epidemic is everywhere, including in our local jails.

Withdrawals happen when a person addicted to a substance quits using that substance or loses access. For many in the jail, it's the latter.

Symptoms of opioid withdrawals include muscle aches, sweating, nausea, an inability to sleep, high blood pressure and more and inmates suffering these symptoms often find themselves in the jail's medical unit.

"With as big of an impact that opioids are having — our jails almost serve as rehabs for addicted inmates. When you can’t feed an addiction – withdrawals happen," says Chief Deputy Rocky Holcomb with the Virginia Beach Sheriff's Office.

On June 10, NaphCare, the company that manages health care within the Virginia Beach Jail, began giving opiate-addicted inmates a medication called Buprenorphine. Medical staff inside the jail says the medication eases the craving for a fix because it fills the same receptor as heroin or another opiate without the high.

"Starting this program earlier in June, we have been able to reverse the withdrawal symptoms so much quicker and people feel better so much faster," said Katie Cartwright, Physician's Assistant within the jail. "People can die from opioid withdrawal so this new program is going to be great for us."

Because most of the inmates inside the jail will find themselves back in society, the hope is to help them break their addiction before their release.

Martin Boney, an inmate who entered in June with a heroin addiction, was the first to be treated under the new protocol. He says his withdrawal symptoms only lasted a day or two.

"It`s a blessing. So now I can move forward with my life in a positive manner and be a productive citizen like everybody in my life and myself want me to be," he said.