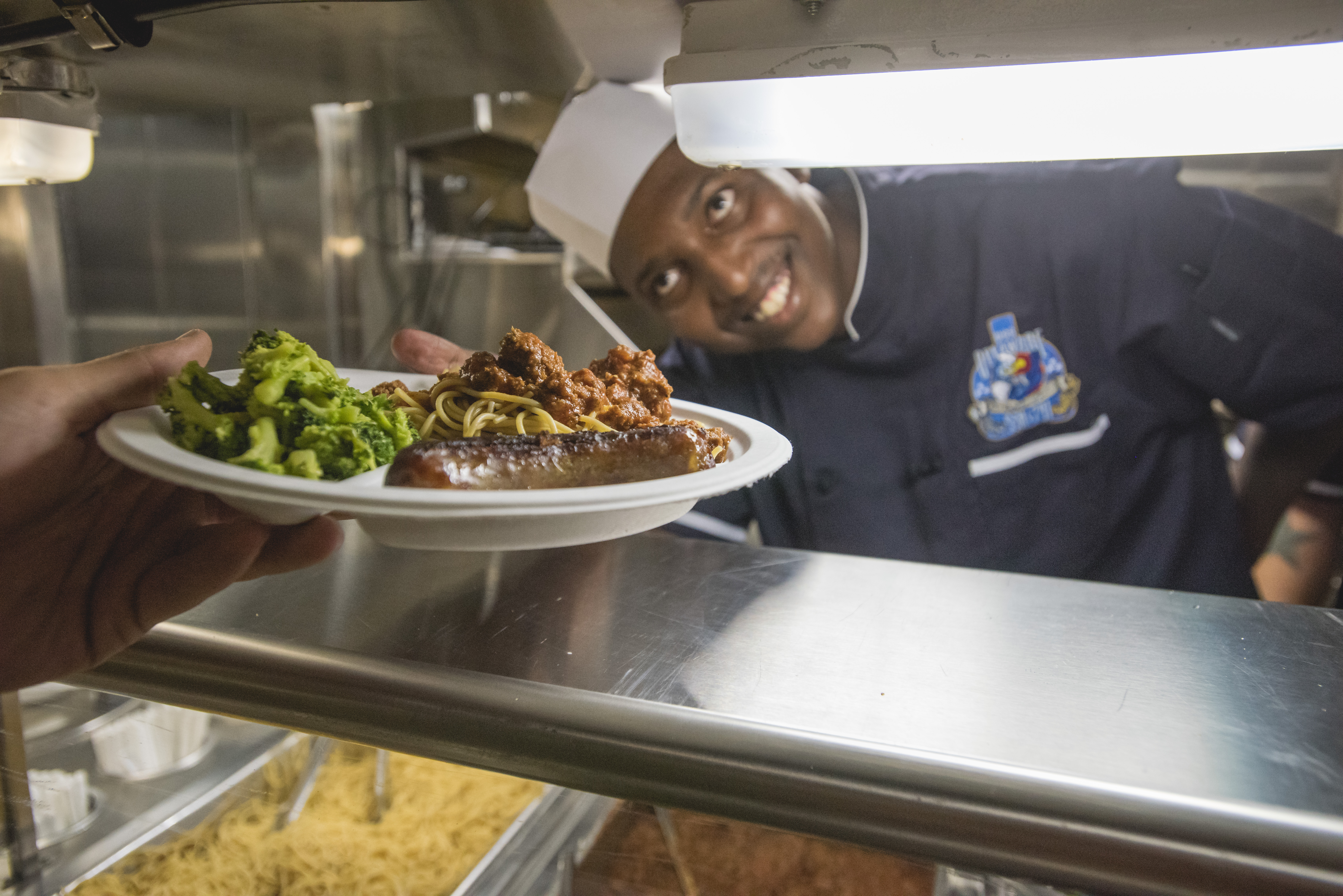 Salad, sausage and spaghetti with a choice of meat sauce or Alfredo were served.

The meal marks another step toward delivery of the Virginia-class submarine, which is in the final stages of construction and testing while pierside in Newport News.

“The first meal is a significant event in construction for both shipbuilders and the Navy crew,” said Bob Bolden, director of Virginia-class submarine construction at HII’s Newport News Shipbuilding division. “This is a result of shipbuilders and sailors working side by side and is one of the last steps in the journey to bringing the ship to its operational state to support sea trials and delivery.”

More than 10,000 shipbuilders from Newport News and General Dynamics Electric Boat have participated in construction since the work began in September 2013, HII said. The submarine was christened in October 2018.