SUFFOLK, Va. —A Suffolk man is still recovering from his injuries after he says a driver intentionally hit him and sped off during a road rage incident Monday.

"It makes no sense to me why someone would want to hurt somebody."

David Patterson says it’s a case of road rage that went too far.

"It’s hard, it hurts, I got stitches in my elbow. I have no skin left on my shoulder. I got other wounds all up on my back - it’s like that."

Patterson says he was riding his moped Monday when he noticed the driver in the car behind him was on his heels.

"The second time when I turned around and I was like, 'Hey, why are you on my tail like that?' He gave me the bird and flicked me off," Patterson said.

Patterson never expected what would come next.

"I see him turn right into me, and the whole back end of the car hit me off my bike and I flipped and spun and tumbled."

According to officials, the hit and run happened in the 1000 block of Bennetts Pasture Road around 4 p.m. A witness was able to provide a license plate number; however, it didn’t return to the identified vehicle, according to police.

Patterson says he slid about 60 feet after he was hit. The visor broke on his helmet, and the impact stripped the laces out from his shoe. He says he was going around 40 miles per hour when he tumbled three or four times across the pavement.

The entire left side of his body is bruised and beat up from his shoulder down to almost his ankle.

Patterson describes the car as a Mazda hatchback, of a royal blue or a deep, bright blue color, with two black racks on top of the car.

Patterson hopes someone will recognize the car and bring the driver to justice.

"I want whoever did this to me and say, 'Hey, look, I did this,' and maybe an apology, you know, because I didn’t do anything to deserve that and I shouldn’t have been hit while I’m just trying to get home."

Warning: The following images may be disturbing to some. 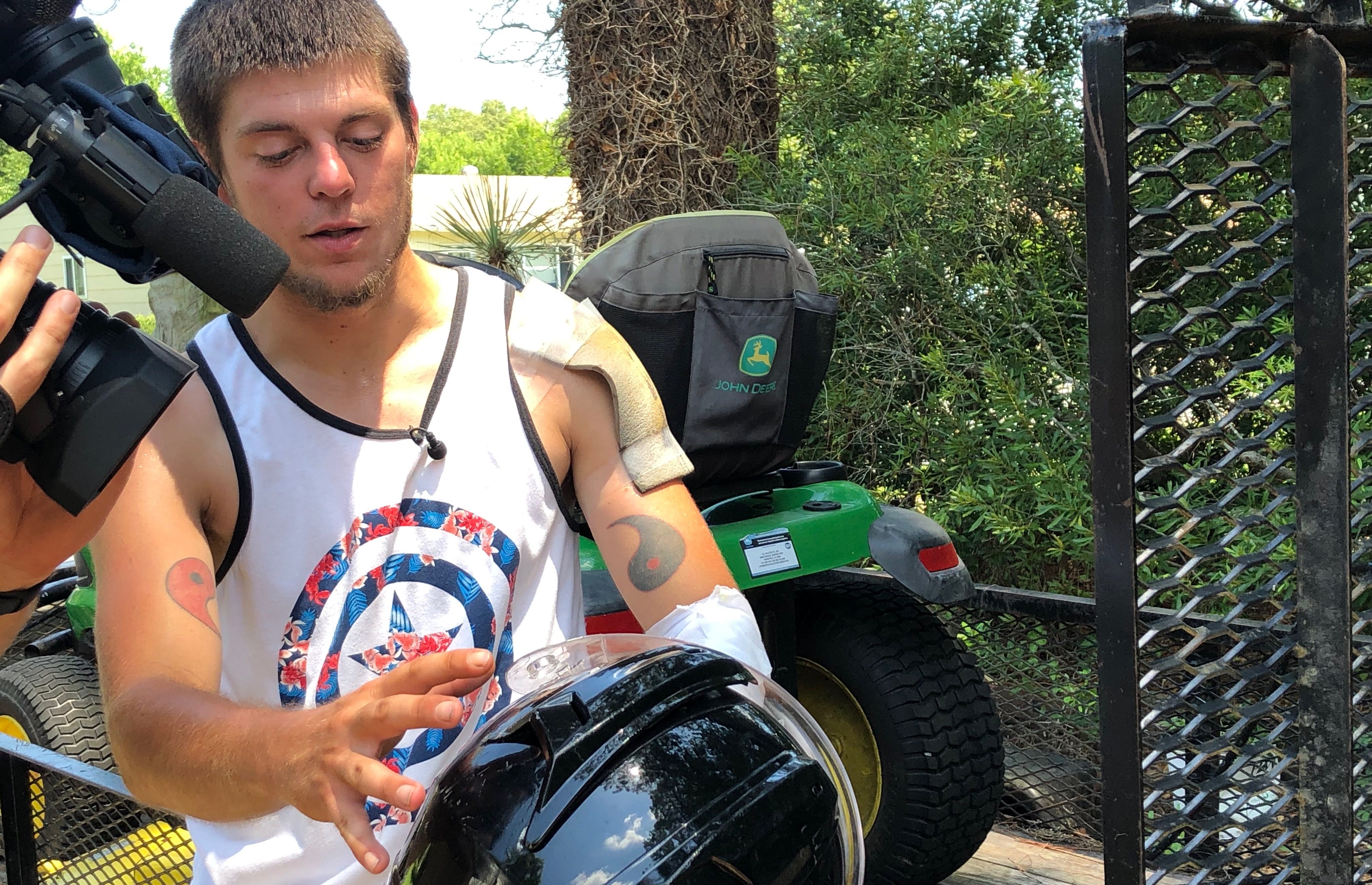