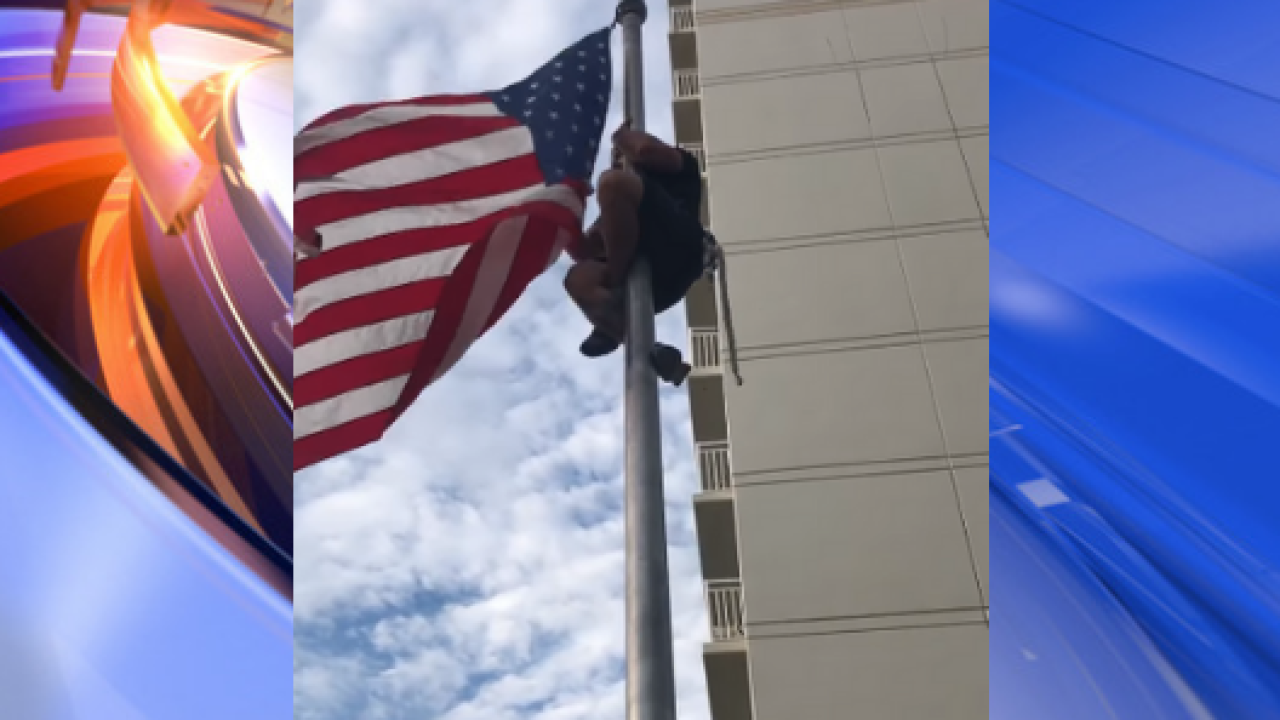 “This was my fourth attempt at trying to get up and fix the flag,” Dom Raso, a former Navy SEAL, said on Facebook. “I couldn’t go by this flag this morning and not give it everything I had. The gold stars on this monument and the sacrifice that has been made for us all was something I wasn’t just going to pass by.”

Video posted on Facebook shows Raso shinning up the pole, then clipping the flag’s loose end to the pole. He then slides back down the pole while a friend watches.

“There has been way too grave of a sacrifice for me not to try,” Raso said. “If I fail…honor them by trying one more time and getting better every time I do it.”