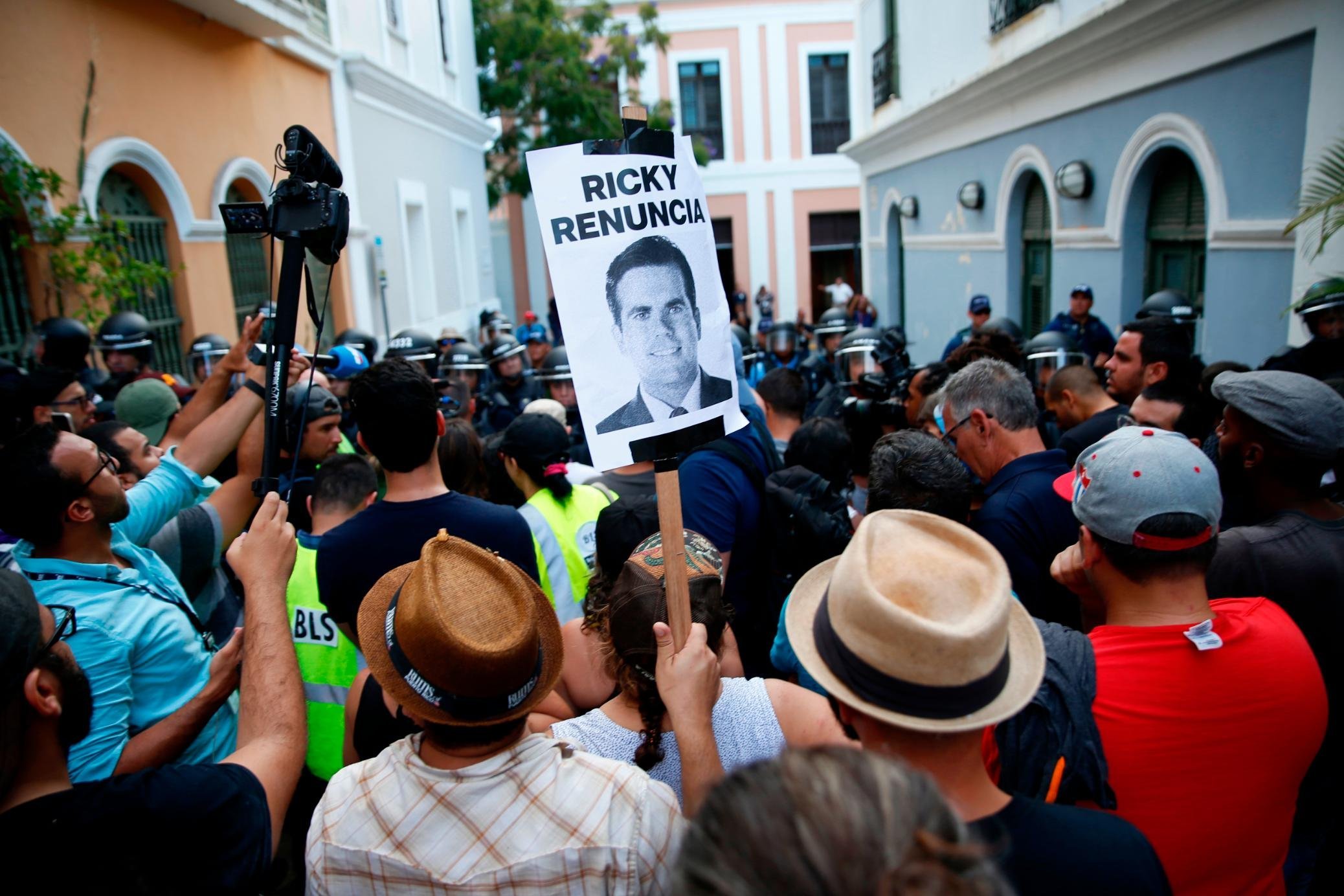 But everywhere there were signs of people preparing for the throngs of angry protesters expected to descend on the capital that evening to demand the resignation of Gov. Ricardo Rosselló and voice their discontent with government corruption.

By 8 a.m. police were already stationed outside Old San Juan. Many of the businesses along Calle Fortaleza, leading to the governor’s mansion, were boarded up or outfitted with hurricane shutters.

Pamela Calderón, the owner of a small restaurant on Calle San Jose, has kept her business open through the protests this week, which came after the leaks of hundreds of offensive private chat messages between the governor and his inner circle.

Calderón said she was determined to stay open Friday — when leaders of the labor movement and unions have called for more demonstrations — and into the weekend.

“Our responsibility as business owners is to serve the people,” the 33-year-old told CNN. “We don’t want the message to be, ‘There are protests, we are going to close.'”

“Puerto Ricans go on,” she said. “We will continue working.”

Related: People in Norfolk come together to shine their Lights for Liberty

‘You left us to die’

For several days protesters have jammed the streets of San Juan. Hundreds of demonstrators gathered in front of the Capitol on Wednesday and marched to the governor’s mansion, playing tambourines and banging on pots and pans. At times police have fired canisters of tear gas into the crowds.

In them, the governor and 11 top aides and Cabinet members exchanged profanity-laced, homophobic and misogynistic messages about fellow politicians, members of the media and celebrities. In one, the former chief financial officer appeared to joke about those who died in Hurricane Maria.

“Unfortunately there is always corruption in the government,” Calderón, the restaurant owner, conceded. “But with the publication of the chats, people in Puerto Rico saw how the corruption affected the response to the hurricane. There’s a sense of, ‘You left us to die.'”

“There are still people without electricity or a roof,” she added. “There is a perception of being abandoned by the government, a lack of planning, and the inept way government managed the crisis.”

As one restaurant manager in Old San Juan said, the scandal made people snap out of their complacency.

“We usually wait for things to take their course,” said Jose Ramos. “But this will not get resolved without pressure.”

Protesters have been joined by some of Puerto Rico’s biggest stars, including reggaeton star Bad Bunny, rapper René Pérez Joglar and singer and actor Ricky Martin, one of the targets of leaked homophobic messages. And similar demonstrations have taken place on the US mainland in cities like Miami and Orlando, Florida.

“I’m so numb from politics in America. But the people of Puerto Rico are numb and they are waking us all up. I’m going to have their backs,” Miranda told CNN.

So far, Rosselló has refused to step down.

In a statement posted to Twitter, Rosselló said he would continue to work toward regaining the Puerto Rican people’s trust.

“I recognize the challenge that I have before me because of the recent controversies, but I firmly believe that it is possible to restore confidence and that we will be able, after this painful process, to achieve reconciliation,” he said.

But the calls for his ouster have yet to die down.

Not far from the governor’s mansion, along Calle Fortaleza, one storeowner covered his windows with pieces of plywood labeled “Tablón de Expresión,” or “expression board,” in hopes that protesters would share their thoughts on the panels instead of defacing the walls of his business with graffiti.

“Ricky we hate you,” one panel read, referring to the governor. Another said, “Ricky resign.”