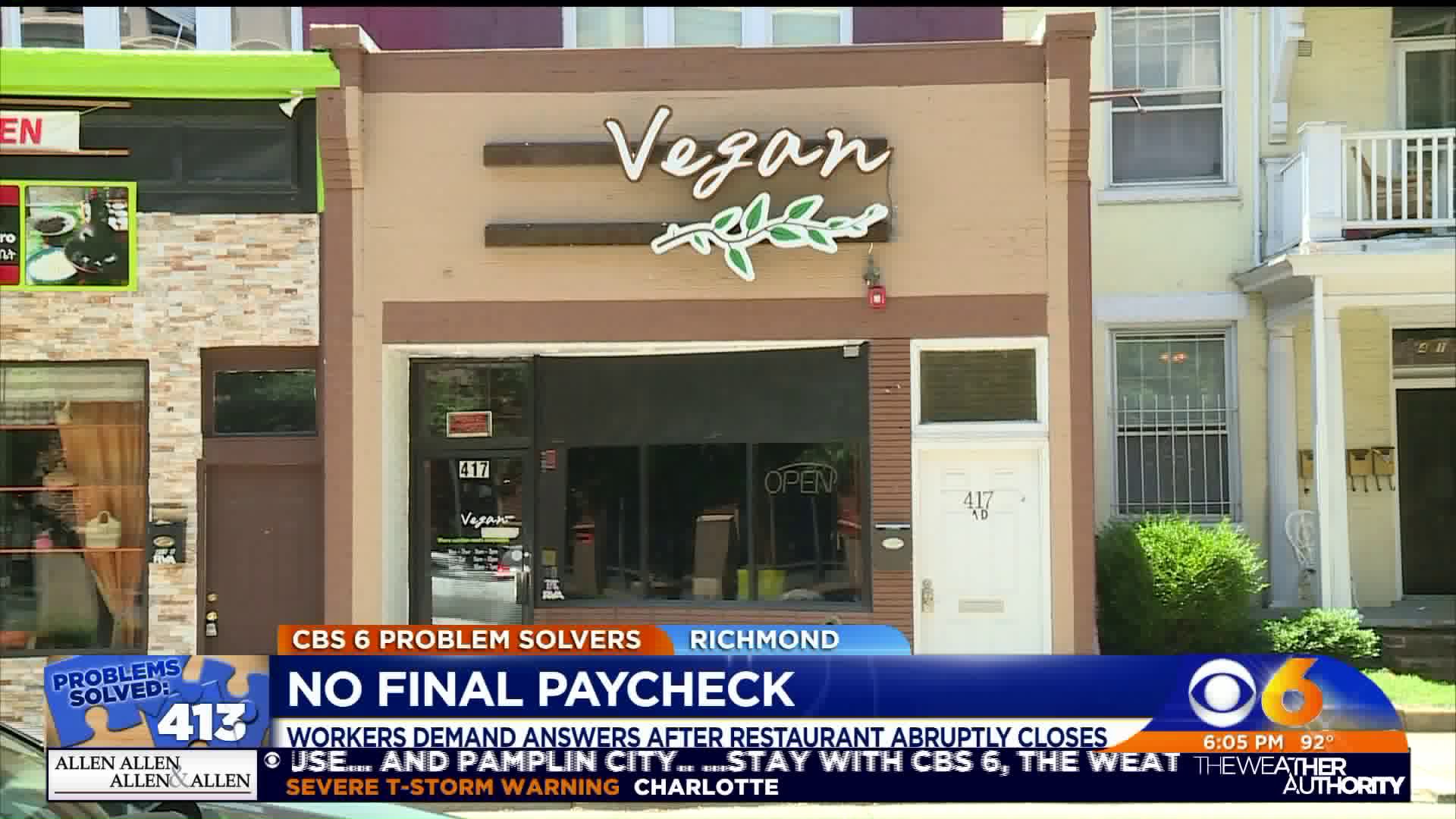 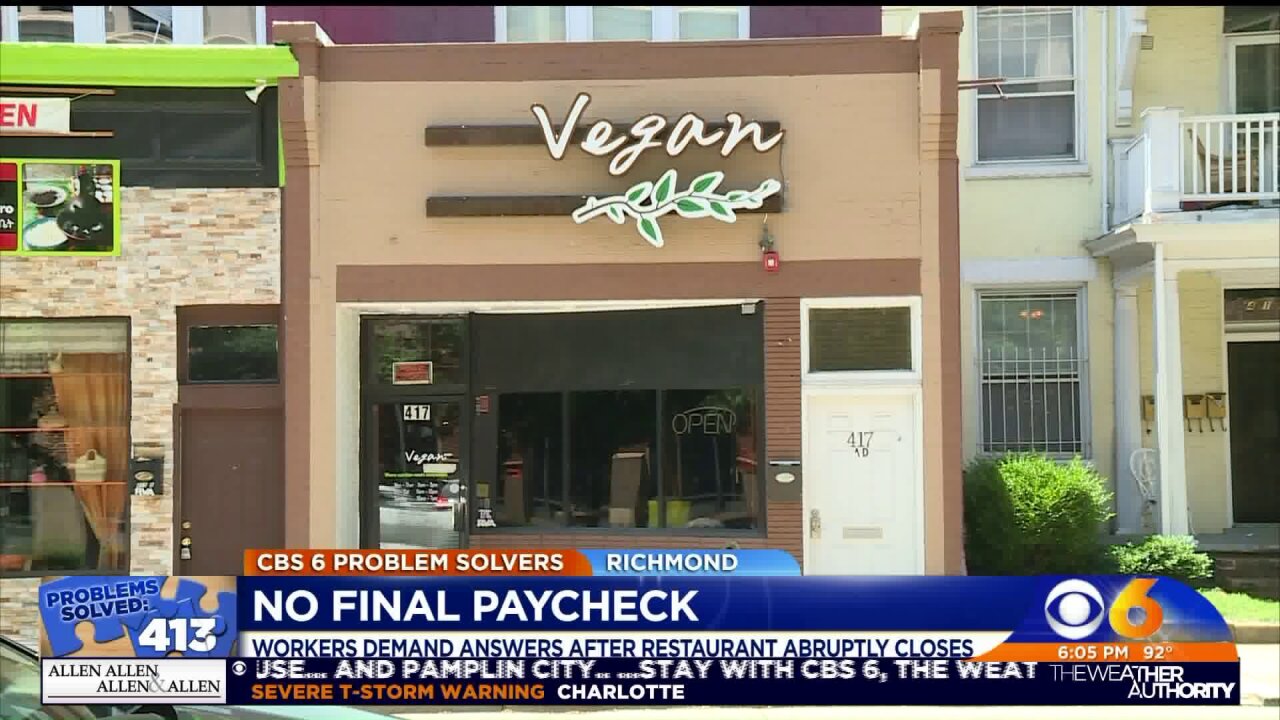 RICHMOND, Va. – A Richmond restaurant abruptly closed recently, leaving a lot of questions -- and its employees without pay.

Former employees at NuVegan Café contacted CBS 6 Problem Solvers, saying one day they showed up to work and the restaurant was locked with no word from the franchise owner. The franchise owner is listed as Jason Jackson.

Jackson told CBS 6 Problem Solvers he had not owned NuVegan for weeks.

“I stepped away at the beginning of June. I sold it to Alfredo Garcia,” Jackson said.

Jackson said he became aware employees didn’t get paid when they contacted him.

“I guess they still thought I owned it. Which I did not, and I told them that… It’s not my payroll,” he said.

Jackson is adamant he has no financial ties to the restaurant, but didn't share any documents showing the sale of the NuVegan restaurant. He said he was now focused on his new venture called Plant Baz, another vegan restaurant he opened in April -- just a few miles from NuVegan.

“I’ve paid all my employees without any problem, and some work for me now that used to work at NuVegan,” Jackson added.

CBS 6 Problem Solvers reached out to the NuVegan corporate office about workers not receiving their July 1 paycheck. President Vernon Woodland said their corporate office has no record of the sale, but late Thursday said he learned from Garcia that he and Jackson entered a partnership to be co-owners.

Woodland said that was something that would have required corporate approval.

Woodland added that opening a competing restaurant at the same time that Jackson owned NuVegan was also a violation of their franchise agreement.

The president said he was now working to get all the workers their final paycheck. He gave CBS 6 Problem Solvers permission to give his contact information to those employees who still haven’t been paid.

Woodland said he still considered Jackson to be the franchise owner, but he would like corporate to take over and reopen the location.