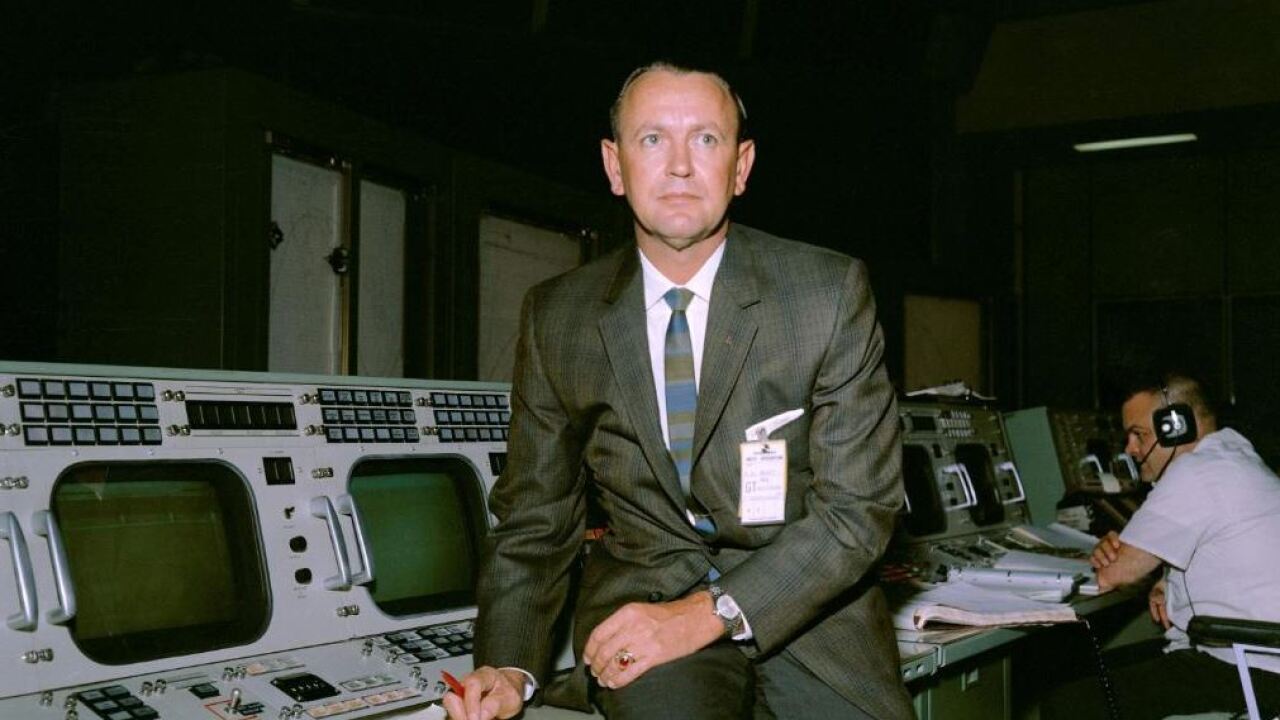 His death comes just days after the 50th anniversary of the Apollo 11 mission to the moon.

We're saddened by the passing of Chris Kraft, our first flight director. He was a space legend who created the concept of Mission Control during the early human spaceflight program and made it an integral part of the Mercury, Gemini and Apollo missions. He was 95. pic.twitter.com/HT2T6CArrX

“America has truly lost a national treasure today with the passing of one of NASA’s earliest pioneers — flight director Chris Kraft,” said NASA Administrator Jim Bridenstine in a statement. “We send our deepest condolences to the Kraft family. Chris was one of the core team members that helped our nation put humans in space and on the Moon, and his legacy is immeasurable.”

Kraft died in Houston, but no other information about the circumstances were released.

Kraft worked on some of the most iconic moments in space history, including humans orbiting Earth for the first time. He was a pioneer in his field and created the the concept of NASA’s Mission Control.

“Once comparing his complex work as a flight director to a conductor’s, Kraft said, ‘The conductor can’t play all the instruments–he may not even be able to play any one of them. But, he knows when the first violin should be playing, and he knows when the trumpets should be loud or soft, and when the drummer should be drumming. He mixes all this up and out comes music. That’s what we do here,'” said Bridenstine.

During the Apollo program, he was director of mission operations, and directed astronaut Ed White to get back in the Gemini 4 capsule during the first spacewalk by an American. Throughout his time at NASA, he held several leadership positions and retired as center director in 1982.

Born on February 28, 1924, in Phoebus which is now part of Hampton. In high school, he played baseball, drums and was involved in the bugle corps. In 1941, Kraft attended Virginia Polytechnic Institute (now known as Virginia Tech) and studied mechanical engineering.

As students around him joined the military, he tried to enlist in the Navy in 1942 but was declared unfit for service due to his right hand being severally burned as a child. The injury didn’t hamper his passion for sports and he joined VPI baseball team, where he played catcher.

After being inspired by an elective course, Kraft majored in aeronautical engineering and graduated in 1944. He married his high school sweetheart, Betty Anne Turnbull, in 1950. They have a son and a daughter, Gordon and Kristi-Anne.

Since retirement he consulted for many companies including IBM and published his autobiography, a New York Times bestseller, “Flight: My Life in Mission Control.” He received many awards and honors for his work, including the NASA Outstanding Leadership Medal and four NASA Distinguished Service Medals.

“We stand on his shoulders as we reach deeper into the solar system, and he will always be with us on those journeys,” Bridenstine said.

Today, we remember the life and legacy of Chris Kraft who joined our Space Task Group in 1958 as our first flight director with responsibilities that immersed him in mission procedures and challenging operational issues. More on his contributions: https://t.co/e6M01Hpcmk pic.twitter.com/2CNBGqd26Q

Click here to read more about Kraft’s life and legacy.