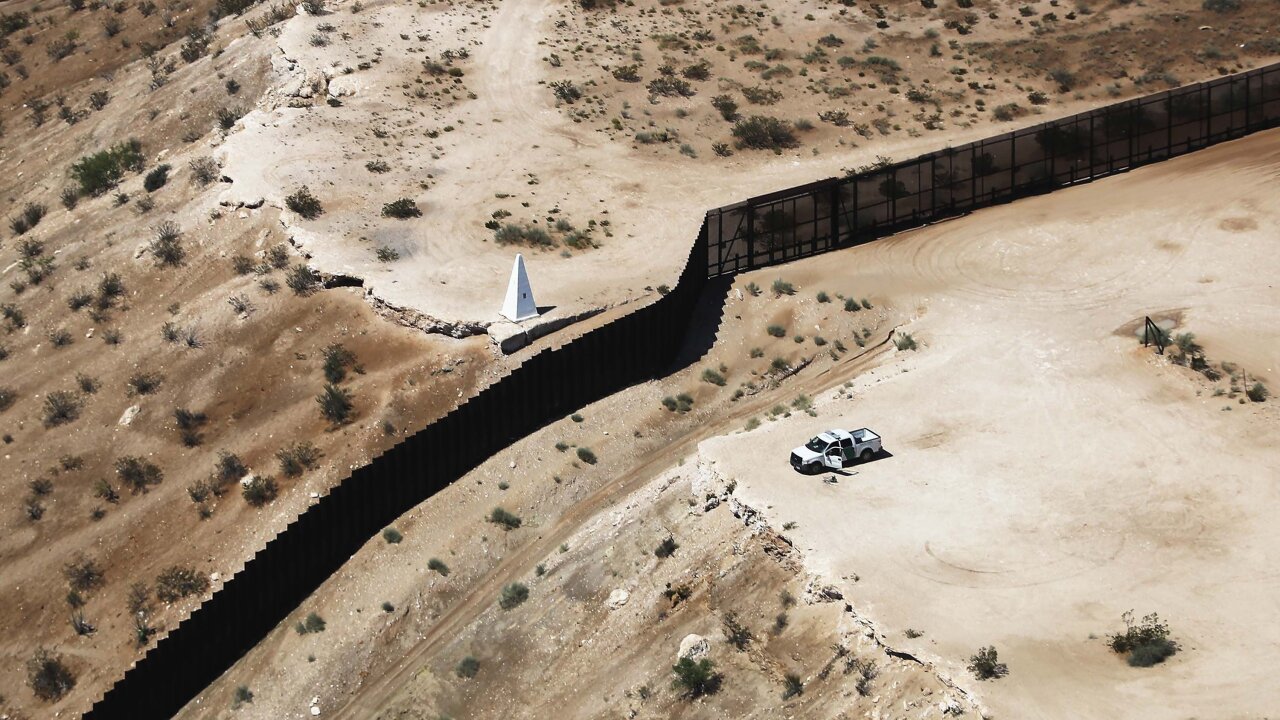 An aerial view of a U.S. Border Patrol vehicle (C-R) positioned next to the U.S.-Mexico border barrier on June 28, 2019 in Sunland Park, New Mexico.

Immigration and Customs Enforcement has begun using DNA testing at seven locations along the southern border to identify individuals who pose as families, the agency said Monday.

The implementation of DNA testing along parts of the US-Mexico border is part of a concerted effort by the Trump administration to crack down on illegal immigration, as the number of apprehensions at the border continue to outpace recent years. The DNA testing, in particular, takes direct aim at individuals posing as families amid the increase in families at the border. The administration has argued that people are using children to get into the US, knowing they’ll be released.

An aerial view of a U.S. Border Patrol vehicle (C-R) positioned next to the U.S.-Mexico border barrier on June 28, 2019 in Sunland Park, New Mexico.

Out of the 102 family DNA tests administered last week, 85 were found to have a familial connection, ICE said. Seventeen came out negative, and 16 of those were referred for prosecution.

Migrants have to consent to the test, which can provide results in about 90 minutes. The information collected in the DNA test is not stored or shared, ICE says.

The Department of Homeland Security has repeatedly warned that children are being exploited by traffickers to skirt the nation’s immigration laws. Currently, the government can’t hold migrant children in detention for more than 20 days, often leading to the release of families — or groups posing as families — until their immigration court hearing, a practice President Donald Trump has derided as “catch and release.”

The administration has argued that the limit on how long migrant children can be held in detention has prompted some people to pose as families.

As of December 21, 215,000 families apprehended at the southern border have been released by ICE into the US, according to the agency.

Related: Mexico: US-bound migration has been cut by 30%

ICE ran a DNA pilot program in May, and believes it was successful. “We felt it was validated,” Alysa Erichs, acting executive associate director of ICE’s Homeland Security Investigations, told CNN.

ICE and US Customs and Border Protection — two agencies within DHS that handle the processing of migrants — are involved: CBP makes a referral for investigation and ICE Homeland Security Investigations takes it from there.

The prospect of an interview or, more recently, a DNA test has led some migrants posing as families to concede that they are not related, Erichs said. In cases where migrants have conceded that they have no familial connection, ICE has referred the adults for criminal prosecution and turned over the minors to the care of the Health and Human Services Department.

“The funding that we have will give us the money to do tens of thousands of tests by the end of the fiscal year,” said Matthew Allen, HSI deputy executive associate director.

While there was a dip in border apprehensions in June, the number of arrests still remain high. In June, nearly 95,000 migrants were apprehended at the southern border, including more than 57,000 families, according to CBP data.