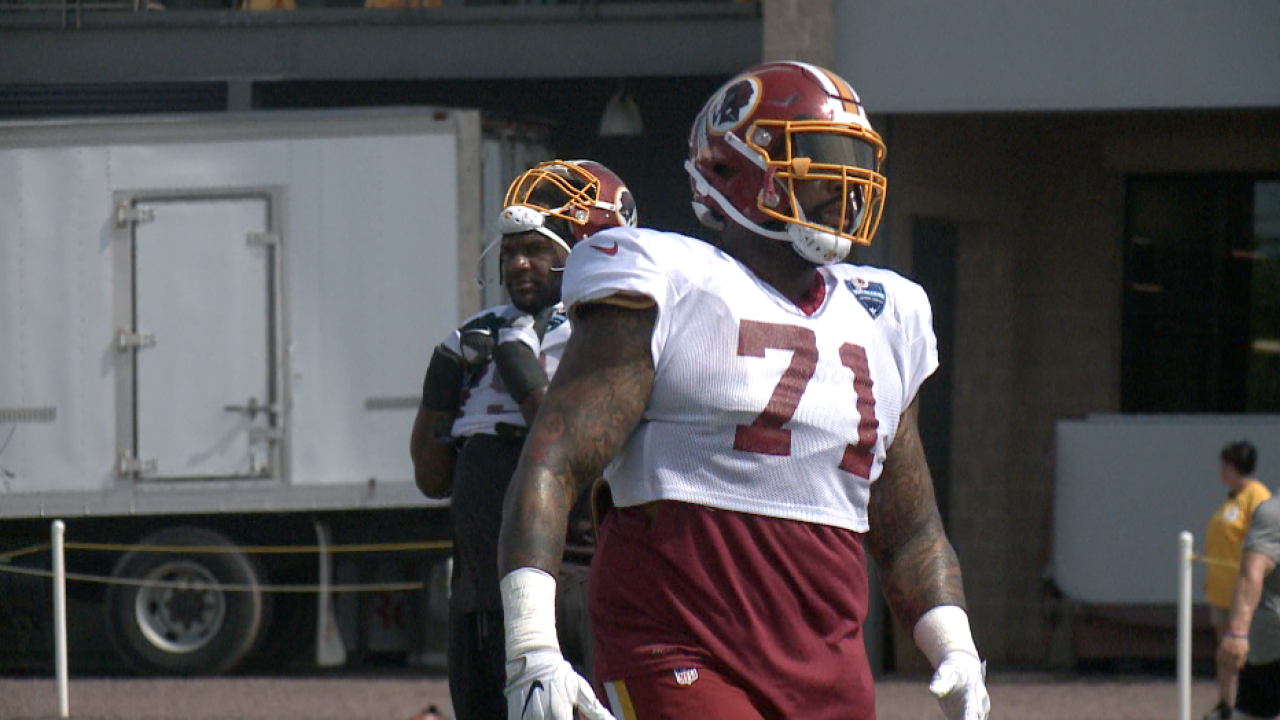 Trent Williams during a game vs. the Falcons. (Photo by Kevin C. Cox/Getty Images)

RICHMOND, Va. – The quarterback competition is far from the only ‘Skins storyline as the Washington Redskins start training camp this week in Richmond.

According to Mike Garafolo and Ian Rapoport of the NFL Network, Pro Bowl left tackle Trent Williams is not expected to report to camp. Williams, a seven-time Pro Bowl selection, was a no-show at Redskins mandatory minicamp in June.

According to Rapoport, Williams remains dissatisfied with the team’s handling of his medical situation and also desires a new contract. During the offseason, Jason La Canfora of CBS Sports reported Williams has an issue with how the Redskins handled his recent medical situation that involved him having a growth removed from  his scalp.

With two years remaining on his contract, Williams is scheduled to bring in roughly $14.7 million both this year and next year according to CBSSports.com.

Reportedly set to holdout this summer, the #Redskins can fine OT Trent Williams $40,000 per training camp day missed. Should his holdout push into the preseason, he’ll forfeit $638,235 per game missed.

The Redskins report to training camp Wednesday and conduct their first practice Thursday. News 3, Hampton Roads’ home of the Redskins, will have live coverage from Richmond each day of camp.