A dedication and ceremonial tree planting took place Monday at the Norfolk Botanical Garden. The Japanese garden at NBG was created in 1962 as an act of international goodwill, Norfolk Mayor Kenny Alexander said in a Facebook post.

Mayor Alexander and Vice Mayor Martin A. Thomas Jr. welcomed the mayor of Kitakyushu, the Honorable Kenji Kitahashi, and the city assembly chairperson to City Hall to discuss the cities' partnership and future business, cultural and student exchanges. 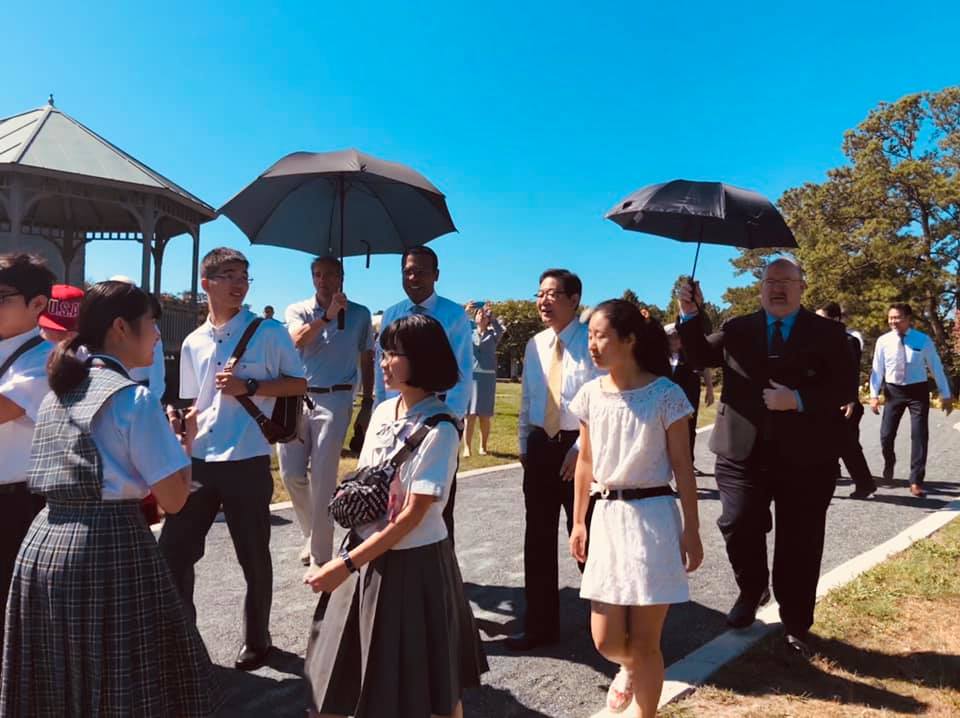 "This is a great, great opportunity for our citizens to see the relationship we have forged for more than 60 years with Kitakyushu, Japan," Mayor Alexander said. "We are very proud of the fact that we have had many wonderful youth exchange programs."

Hundreds of students from Kitakyushu and Norfolk have visited their respective sister city for the past 60 years.