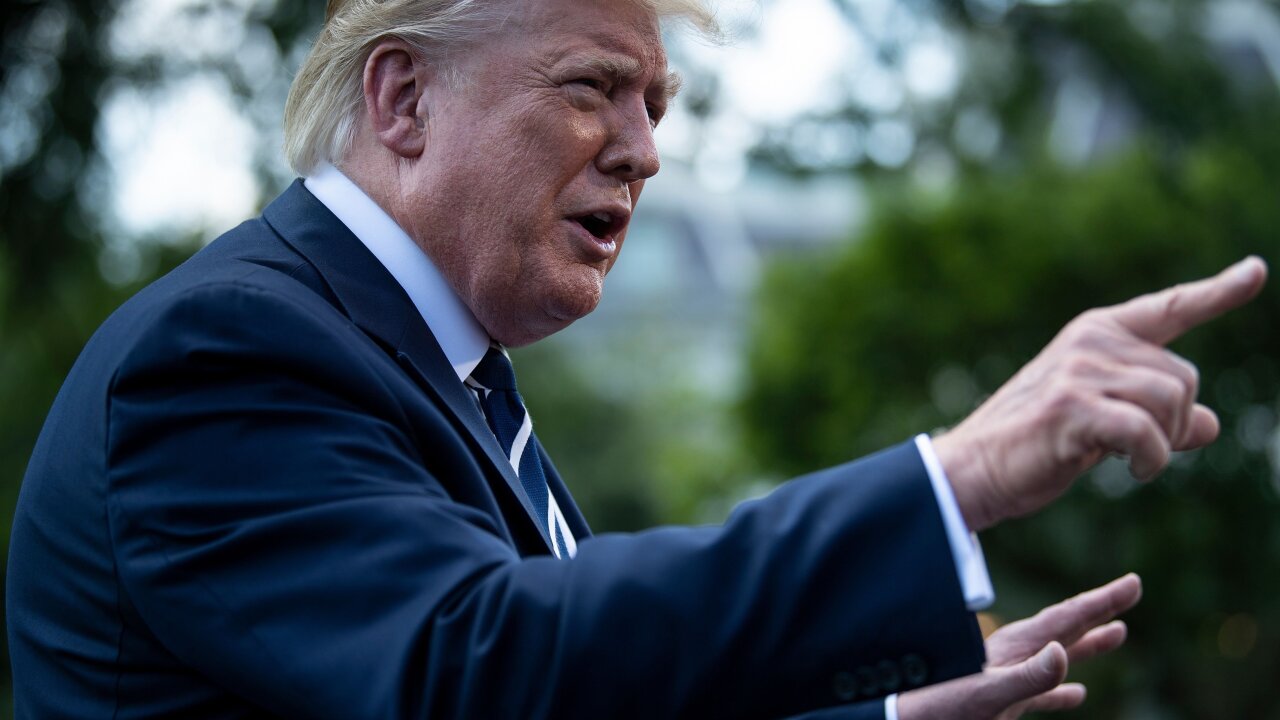 President Donald Trump will welcome Pakistani Prime Minister Imran Khan to the White House for the first time, with Afghanistan peace talks and Pakistani support for a range of militant groups topping the agenda.

President Donald Trump said the US has made “a lot of progress” toward ending the war in Afghanistan in negotiations with the Taliban in recent weeks and made clear his disdain for the US’ ongoing US military presence in Afghanistan.

Welcoming Pakistani Prime Minister Imran Khan to the Oval Office on Monday, Trump diminished the US’ 18-year war in Afghanistan as one where the US has “acted as policemen, not soldiers” and suggested the US could swiftly end it through brute military strength that would leave “10 million people” dead. That option, he said, is not one he intends to pursue.

President Donald Trump will welcome Pakistani Prime Minister Imran Khan to the White House for the first time, with Afghanistan peace talks and Pakistani support for a range of militant groups topping the agenda.

“We’ve been there for 19 years and we’ve acted as policemen, not soldiers,” Trump said, mischaracterizing the length of the war. “Again, if we wanted to be soldiers we could end it in one week, 10 days.”

Trump at several points suggested he had been presented with a plan that would win the US war in Afghanistan in 10 days, but that would result in massive casualties.

The US has instead been pursuing a diplomatic strategy to end the war — with US-Taliban talks held in Qatar — while still keeping up military pressure on the Taliban.

Trump’s comments came as he welcomed Khan to the White House for the first time on Monday with Afghanistan peace talks and Pakistani support for a range of militant groups topping the agenda. Senior administration officials said that Trump would press the Pakistani prime minister to crack down on militants in Pakistan and provide more support for ongoing the US-Taliban peace. But while Trump said Pakistan had previously been “subversive” to US efforts to combat the Taliban and other militants in Afghanistan, he suggested that unhelpfulness was in the past.

Instead, Trump touted Pakistan’s role in fomenting progress in the US-Taliban talks in recent weeks and said he believes Pakistan “is going to help us out to extricate ourselves” from the war in Afghanistan.

Khan, for his part, argued right now is “the closest we have been to a peace deal” in Afghanistan.

“We hope that in the coming days we will be able to urge the Taliban to speak with the Afghan government,” Khan said.

US-Pakistan relations have been on rocky footing for years over Pakistan’s relationship with the Taliban, hitting a low point last year when Trump suspended US security assistance to Pakistan over what the US saw as Pakistan’s failure to clamp down on the Taliban and other militant groups operating out of Pakistan.

The US is not at the moment planning to resume its security assistance to Pakistan absent concrete efforts to crack down on the Taliban and Haqqani network, a senior administration official said on Friday, though Trump said Monday the security aid “can come back depending on what we work out.”

“We will consider changing that suspension on certain items if Pakistan meets our security concerns both in Afghanistan and with regard to some of the externally focused groups,” the official said on Friday. “As of now there is no change.”

Related: Iran is ready for any threat to its territory, the foreign ministry says

But the invitation for Khan to meet with Trump at the White House is intended to show Pakistan that the “door is open to repairing relations and building an enduring relationship,” the official said. The meeting comes as US officials and Taliban leaders continue to hold multiple rounds of talks in Qatar aimed at ending the nearly 18-year US war in Afghanistan. The US has pressed Pakistan to use its leverage over the Taliban to encourage the militant group to reach a peace deal with the US.

Khan, a former cricketer who came into power in the summer of 2018, has made anti-corruption a signature issue. An administration official said the US sees some positive initial steps in seizing militant assets, but the US is hoping for more concrete steps going forward.

“Khan is saying the right things, but what we really need to see to prove that this is something different are actual arrests and convictions as well as evictions of those Taliban and Haqqani leaders who don’t support peace,” an official said.

Senior administration officials told reporters on Friday that Trump would also raise the imprisonment of Dr. Shakil Afridi, a Pakistani physician who helped the US capture Osama bin Laden in 2011.

Afridi, who helped the CIA run a fake hepatitis vaccine program that helped locate bin Laden, was captured in the days following the raid. Pakistan has resisted US calls for his release. Trump said Monday he would raise Afridi’s case with Khan.

“They will be judged by how he is treated,” an official said.

Pakistan’s increasingly close relationship with China is also expected to be on the agenda when Trump and Khan meet Monday. Since taking office, Khan has already visited Beijing twice and China has made deep investments in Pakistan.

US officials said the US would “ensure that Pakistan understands this lending should be transparent and they should make sure they’re not getting over-indebted to China.” That includes warnings about allowing Chinese telecom giant Huawei — which the US deems a security risk — to develop a 5G network there.

Trump will meet with Khan in the Oval Office on Monday followed by a lunch meeting in the Cabinet Room, according to the White House.