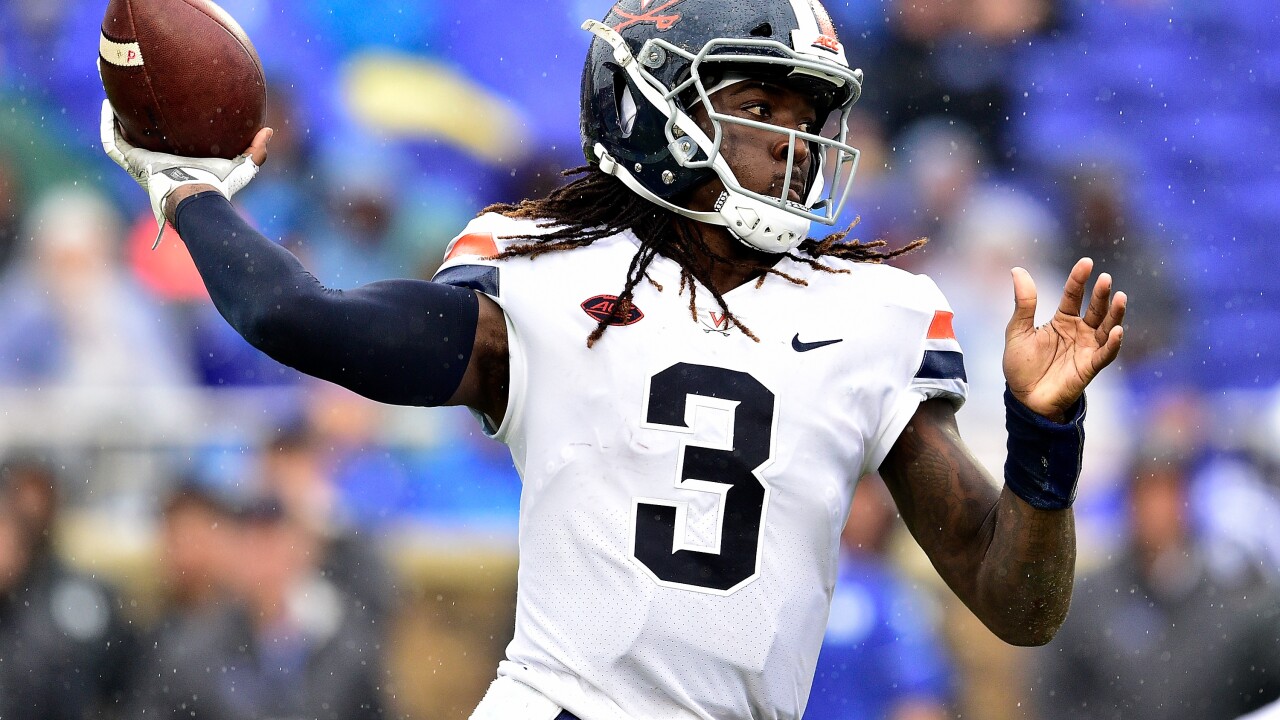 Quarterback Bryce Perkins #3 of the Virginia Cavaliers carries the ball against the Virginia Tech Hokies. (Photo by Michael Shroyer/Getty Images)

The Tigers, who posted a perfect 15-0 record last season en route to earning their second College Football Playoff championship in three years, were also chosen to repeat as Atlantic Division winners. Virginia was picked to finish atop the Coastal Division following an eight-win 2018 season that culminated with a 28-0 shutout of South Carolina in the Belk Bowl.

Clemson was named the likely 2019 ACC champion on 170 ballots. Syracuse picked up two votes, and Virginia received one.

The Atlantic and Coastal Division winners will meet in the 2019 ACC Football Championship Game on Saturday, December 7, at Charlotte’s Bank of America Stadium.