Still the Red$kin$: Washington again among the most valuable franchises in the world 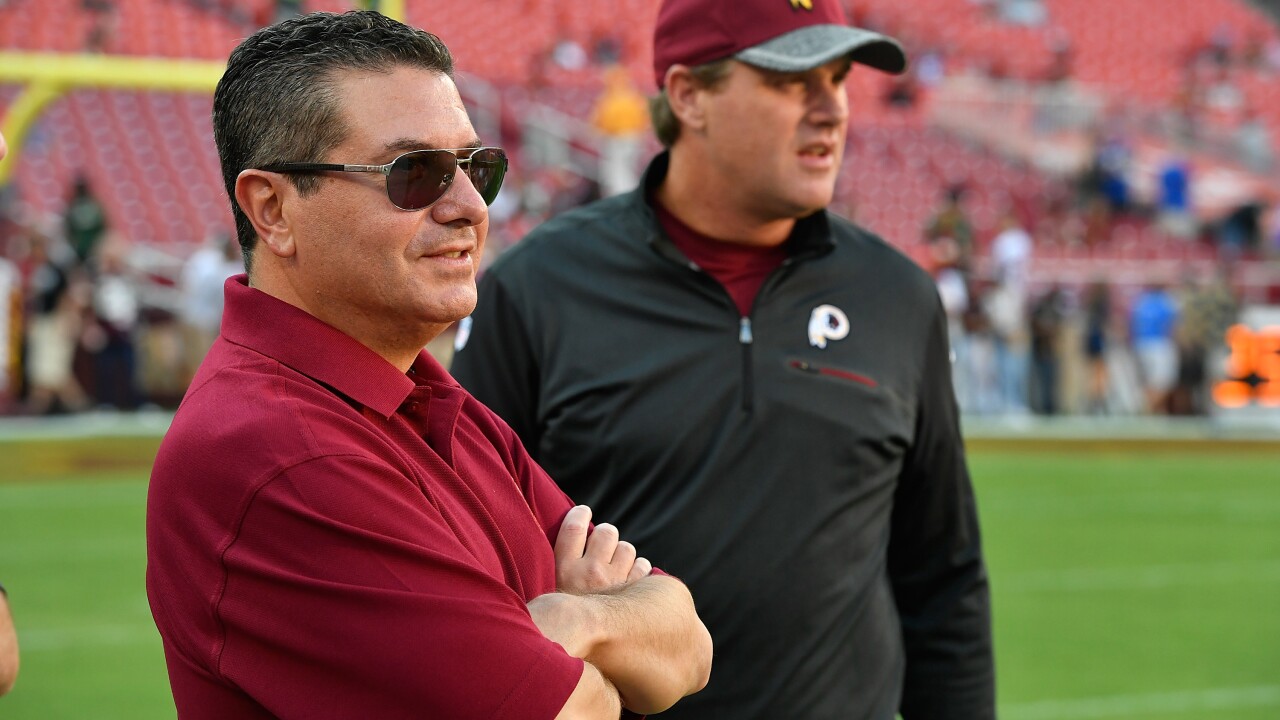 LOUDOUN COUNTY, Va. – The burgundy and gold is still good as gold when it comes to maintaining its value.

On its annual list of the world’s most valuable sports teams, Forbes pegs the Redskins as the 14th most valuable franchise. Washington was 11th on the list each of the past two years and ninth in 2016. While Washington is losing ground on the list, it is not losing value.

According to Forbes, the Redskins are worth $3.1 billion – their same value as a year ago. Only four NFL teams (Cowboys, Patriots, Giants & Rams) are worth more. 26 of the 50 teams on Forbes’ list hail from the NFL. Washington, unlike those other four franchises, has not won a playoff game since 2005.

In its past lists, Forbes explains its methodology behind the rankings: Team values are enterprise values (equity plus net debt) based on the multiples of revenue of historical transactions as well as offers to buy and invest in teams currently on the table. The values are based on each team’s current stadium (with adjustments for pending new stadiums and renovations).  Revenue and operating income (earnings before interest, taxes, depreciation and amortization) are for the past season, net of stadium debt service. Revenue from non-NFL events, like concerts and stadium tours, is included when such revenue is pocketed by the team owner or an entity the owner controls.