Trump sues to prevent the release of his tax returns 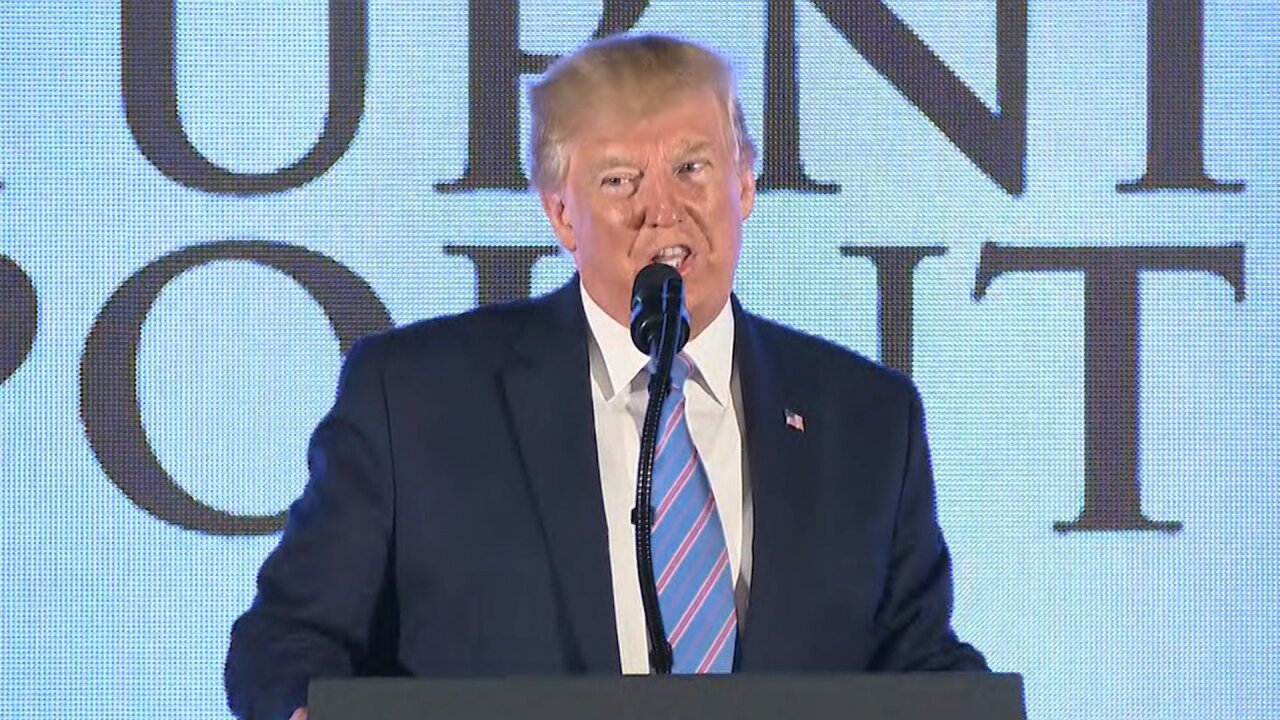 President Donald Trump has filed suit in federal court in Washington, DC, against the House Ways and Means Committee, the New York state attorney general and the New York tax commissioner to prevent the disclosure of his tax returns.

President Donald Trump has filed suit in federal court in Washington, D.C., against the House Ways and Means Committee, the New York state attorney general and the New York tax commissioner to prevent the disclosure of his tax returns.

Trump seeks a series of injunctions and restraining orders from the court.

President Donald Trump has filed suit in federal court in Washington, DC, against the House Ways and Means Committee, the New York state attorney general and the New York tax commissioner to prevent the disclosure of his tax returns.

“We have filed a lawsuit today in our ongoing efforts to end presidential harassment,” said Jay Sekulow, an attorney representing the President, in a statement.

“The targeting of the President by the House Ways and Means Committee, the New York Attorney General, and a New York tax official violates Article 1 of the US Constitution,” Sekulow said. “The harassment tactics lack a legitimate legislative purpose. The actions taken by the House and New York officials are nothing more than political retribution.”

CNN is reaching out to the parties named for comment.

The lawsuit comes as Trump is appealing other court decisions that sided with Congress when the President attempted to block congressional committees from obtaining his financial records.

New York Attorney General Letitia James said in a statement, “President Trump has spent his career hiding behind lawsuits, but, as New York’s chief law enforcement officer, I can assure him that no one is above the law — not even the President of the United States.”

The lawsuit comes less than a month after New York Gov. Andrew Cuomo signed an amendment into law that would allow Congress to get a hold of Trump’s state tax returns.

Trump’s lawyers say in the filing that the amendment is part of a “larger campaign in New York to uncover and expose the President’s private financial information in the hopes of damaging him politically.”

House Ways and Means Committee Chairman Richard Neal is “facing intense pressure from his fellow Democrats” to use the New York law, Trump’s lawyers say. Neal said the House counsel is reviewing the law, which in theory could result in quick action.

“That review could end — and Chairman Neal could decide to request the President’s state returns — at any time, with no notice to the President,” the filing states. “And New York could respond to the request nearly instantaneously, mooting the President’s ability to object before his tax records are disclosed.”

Trump argues the House committee is not entitled to the state tax returns because its jurisdiction is over federal taxes, and therefore “no legislation could possibly result from a request for the President ‘s state tax returns.”

The court should also block the law because it’s unconstitutional, Trump’s team argues.

“As revealed by its text, history, effect, and stated purposes, the New York Legislature enacted it to discriminate and retaliate against President Trump for his speech and politics,” the lawsuit states.

The lawsuit notes Trump’s tax returns were a major issue during the 2016 election, with criticism from Democratic candidate Hillary Clinton and others. But it was settled, Trump argues, on Election Day.

“Ultimately, this issue was litigated in the 2016 election,” the filing reads. “Voters heard the criticisms from Secretary Clinton, and they elected President Trump anyway. Democrats in Congress and across the country, however, have only become more eager to disclose the President’s tax returns for political gain.”

Pascrell said in a statement the lawsuit is “not worth the forms it’s printed on, and should be laughed out of court. They’ve blocked congressional testimony, they’ve obstructed prosecutorial investigations, and they’ve abused executive privilege — all to protect Trump’s malfeasance.”

A battle being fought on many fronts

Earlier this month, the Democrat-led House Ways and Means Committee escalated the fight for the President’s personal financial information by filing a lawsuit to enforce subpoenas and obtain Trump’s tax returns.

The lawsuit was filed in DC District Court against the Treasury Department and the IRS and their respective heads, Steve Mnuchin and Charles Rettig.

The move came months after Neal made his initial request for the President’s tax information on April 3. After several follow-up letters, the Treasury Department formally denied the request and Neal issued subpoenas to the IRS and Treasury Department on May 10.

Neal is using a little-known IRS provision known as 6103, which allows the chairmen of the House Ways and Means Committee and the Senate Finance Committee to request and obtain an individual’s tax information for a legitimate legislative purpose.

The Democrats on Neal’s committee have argued they need access to Trump’s tax returns in order to understand how the IRS administers the presidential audit program. The Treasury Department has argued it is not a legitimate legislative purpose.

The lawsuit piles onto several other court fights involving other committees and members of Congress seeking Trump’s financial records.

In two other court cases, Trump has tried to block the House Intelligence Committee, the House Oversight Committee and the House Financial Services Committee from obtaining his financial records from Capital One bank, Deutsche Bank and the accounting firm Mazars USA.

Trial-level judges have sided with Congress, saying the committees have broad authority to pursue investigations with subpoenas like these.

Trump is appealing both court decisions, and the cases aren’t likely to be resolved until at least next month.

This story has been updated.