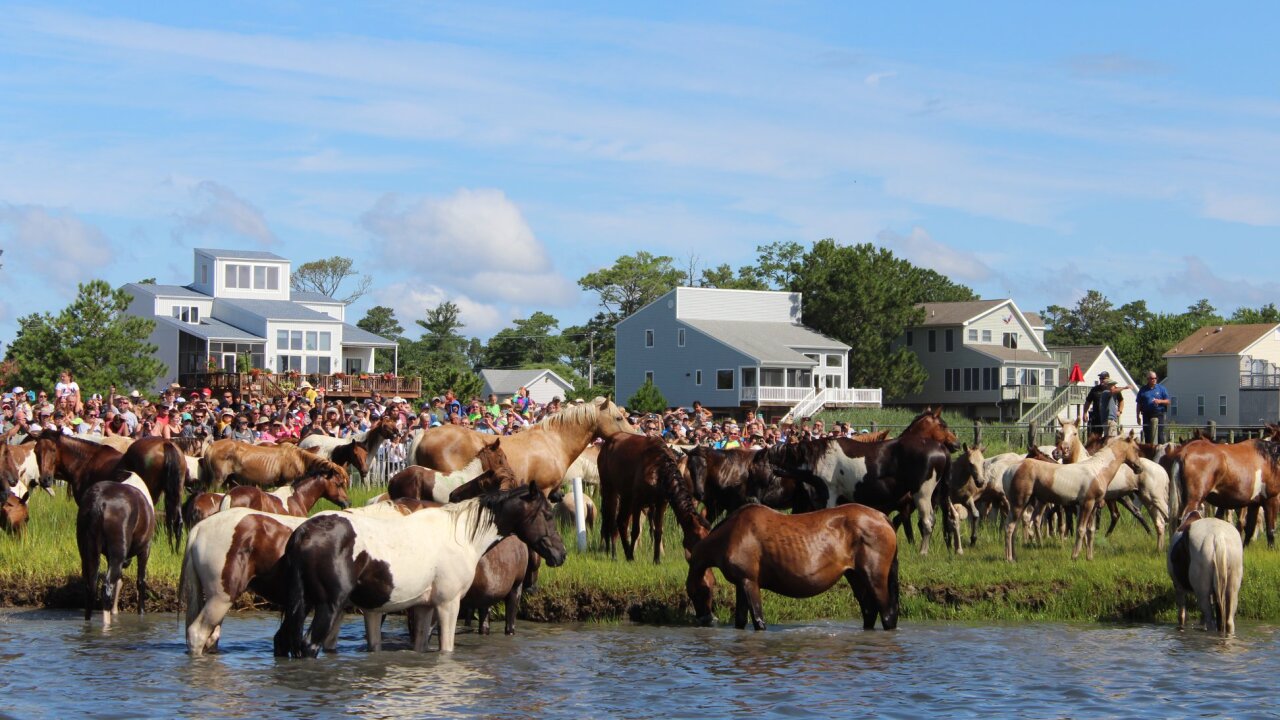 The ponies made their way from Assateague Island to Chincoteague Island. Some of the ponies will be auctioned off to help the herd maintain its size and raise money for the Chincoteague Volunteer Fire Department.

“After the swim across the Assateague Channel, the ponies rest for about 45 minutes and enjoy some Chincoteague marsh grass,” the Chincoteague Chamber of Commerce said on Facebook. “They are then led by the Saltwater Cowboys through the streets of Chincoteague from Pony Swim Lane, down Ridge Road, Beebe Road and Main Street to the corral at the Chincoteague Carnival Grounds.”