Gov. Northam says Jamestown event is ‘larger than the president’

JAMESTOWN, Va. - Amid a boycott of an event in Jamestown due to President Trump's attendance, Gov. Ralph Northam said the event is "larger than the president."

He wouldn't say whether he thinks his Democratic colleagues should have attended the Tuesday event for the 400th Commemoration of the first representative assembly in Jamestown.

"That's a decision that they're going to need to make," he said at an event on July24.

"The current president does not represent the values that we would celebrate at the 400th anniversary of the oldest democratic body in the world," a statement from Democratic leadership said. "We offer just three words of advice to the Jamestown-Yorktown Foundation: 'Send Him Back.'" 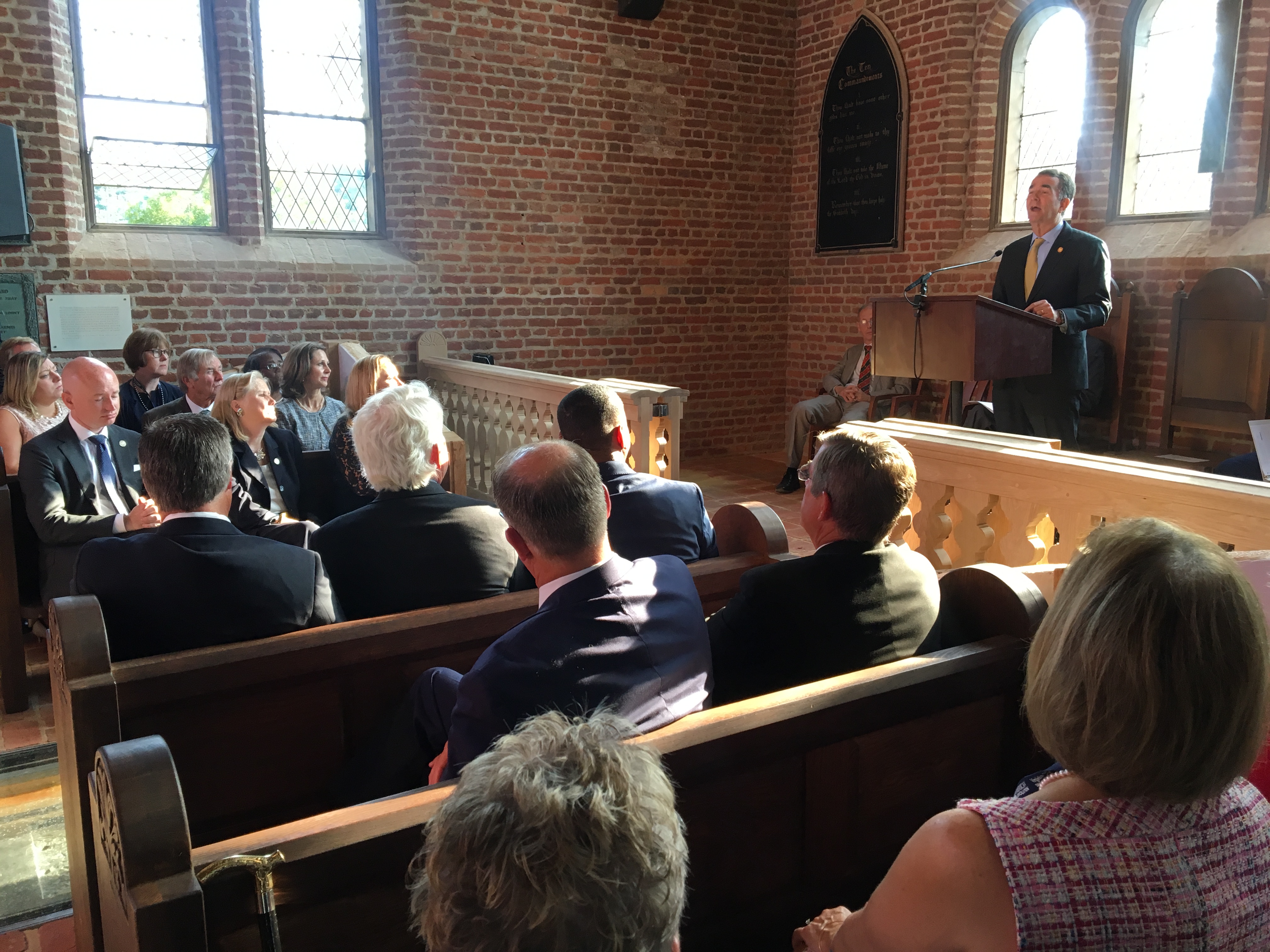 A planned boycott is in response to the president's tweets calling on four progressive members of Congress to "go back" to their countries of origin, even though three of them were born in America.

Sen. Mamie Locke (D-Hampton) said she couldn't make the event anyway, but would not attend.

"As someone who he would tell to go back to where I came from, I would not attend the event where he spoke," she said.

Republicans called the whole scenario "embarrassing" in a series of statements. "Sharing the views of the leader holding an elected office is not a prerequisite for showing respect for the office," Sen. Tommy Nortment (R-James City County) said in a statement.

Northam hopes the focus was on history. He spoke Tuesday morning a few hours ahead of Trump's speech.

"We need to make sure all Virginians, all Americans understand our history, so I'll be there," he said.