Would you live in a shipping container? These people would 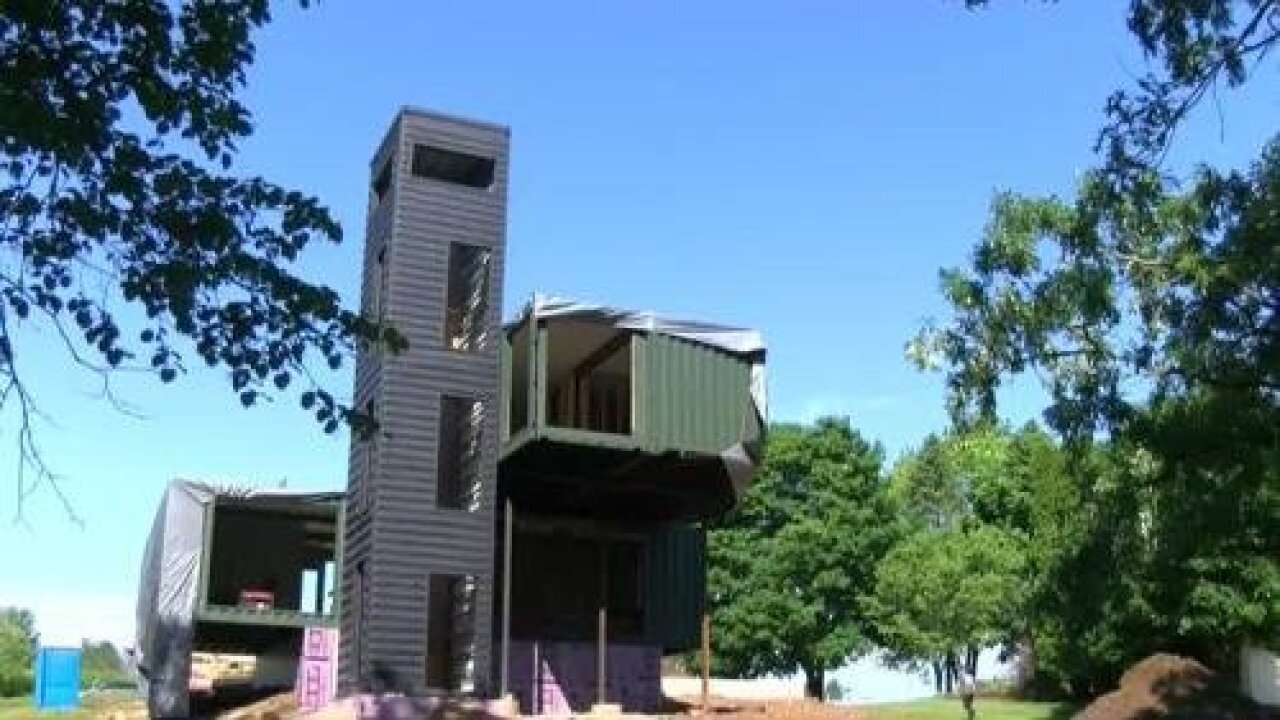 **Embargo: Milwaukee, WI** There’s nothing else like it in southeast Wisconsin. The town of Grafton will soon be home to a new two-story home made entirely out of giant shipping containers.

GRAFTON, Wis. (WDJT) — There’s nothing else like it in southeast Wisconsin. The town of Grafton will soon be home to a new two-story home made entirely out of giant shipping containers.

**Embargo: Milwaukee, WI**
There’s nothing else like it in southeast Wisconsin. The town of Grafton will soon be home to a new two-story home made entirely out of giant shipping containers.

“We get a lot of looky-loos, is what I call them. Rubber-neckers,” said Factotum Fabricor founder Justin Kuehl.

“They’ve never seen this before. Why? Why?” said Amy.

Why build a home out of six 40-foot, 8600 pound steel shipping containers?

“We don’t want to live in a square metal box.” said Kevin. “That’s not the point. The point is to have something unique.”

The Platos have owned since 2013. They’ve spent years trying to figure out what to do with their land on the Milwaukee River.

“Once we saw it, we were convinced that this was the way we wanted to go,” said Amy.

At the same time, Justin Kuehl of Appleton-based Factotum was looking for clients to let him try some of his wildest ideas.

“They said, kind of, do what you want to do and push the limits where you can,” Kuehl said. “Some of the things like the big, 10 foot cantilevers and the 40 foot stair tower are things that I’ve wanted to do since the inception of the company.”

You can do those kinds of things with this kind of construction. Big overhands, huge windows; it’s eye-popping. Even the build itself is incredible to watch.

“I knew it was going to be a pretty cool project, but once they started placing those containers, I was just in awe,” said Amy, who watched the entire process. “It took one day to construct a whole home and it was pretty amazing to watch. These guys are good.”

‘Why?’ is the first question they’re asked. The next is often, ‘how much?’ They told CBS 58 that it is about the cost of an average new construction build which is about $400,000. But because the shipping containers are so cheap, they’re able to get higher end finishes like light fixtures and counter-tops.

We’ll attempt to answer all questions and go a bit deeper into Justin and Factotum’s history this weekend on CBS 58 Sunday Morning with Mike Strehlow, Sunday at 7 a.m.