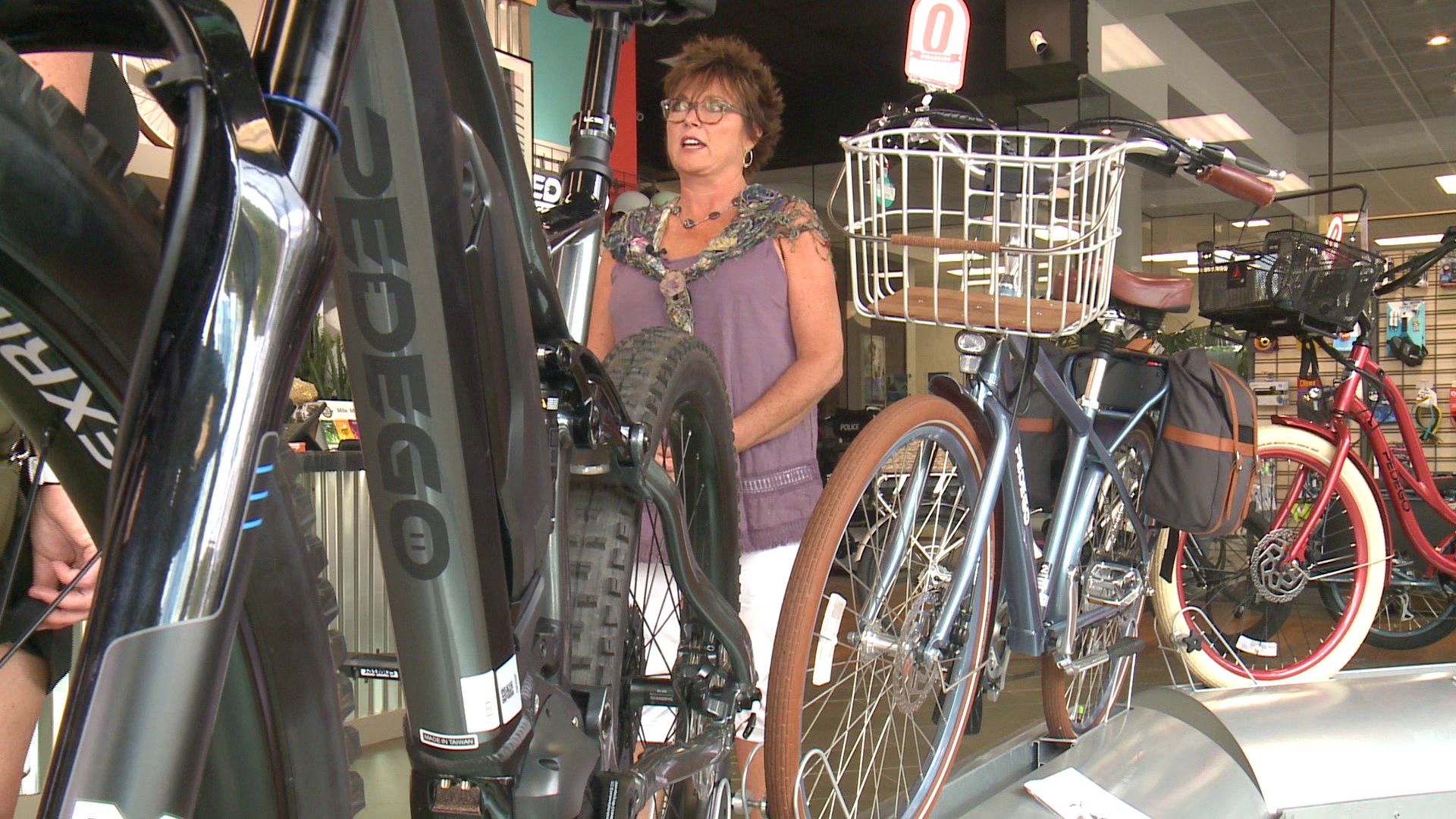 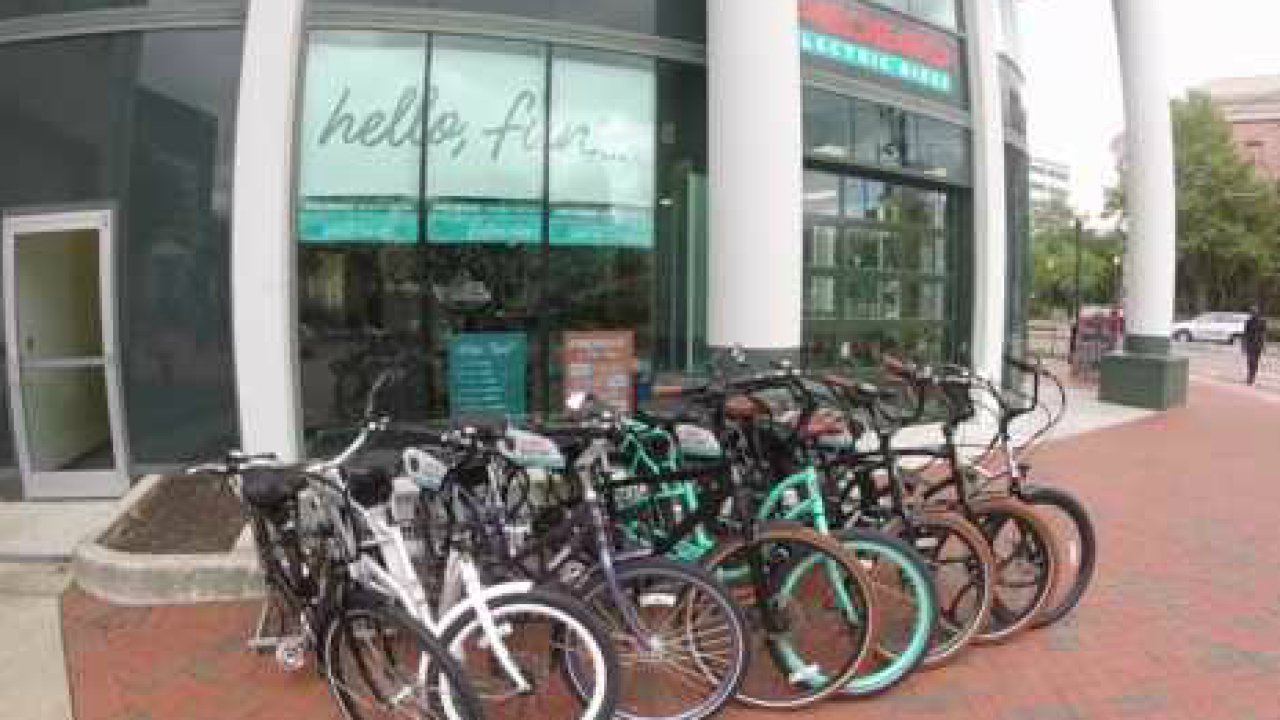 A charged battery can last between 45 and 60 miles and the motor makes them easier to ride, especially uphill.

Electric bikes are like riding a regular bike, but they feel like a gentle breeze is pushing you, giving you a boost.

You can go much faster than you normally would.

Oliver and her husband, Kevin, didn’t know about electric bikes until they went to California for a wedding.

“We were looking for something fun to do,” said Oliver. “It was a great day of the trip for kids, adults and grandparents. We could all hang out together and have a great time.

They did research then opened the only Pedego location in the region.

You can buy, rent or get service for the motorized bike.

“I see electric bikes as a new form of transportation to reduce our carbon footprint in our community,” said Oliver.

The motor kicks on as soon as you start paddling; you can also use the throttle. The bike goes up to 20 miles an hour.

According to the group NPD Retail Tracking Service, e-bikes are the fastest-growing bicycle type in the market.

They said they ask for a $10 donation that goes to the Elizabeth River Foundation.

On Saturday, July 27, Pedego founder and CEO Don DiCostanzo is coming to the Norfolk location for the store’s commissioning between 3-5:30 p.m. There will be free test rides, a group ride, raffles and prizes.