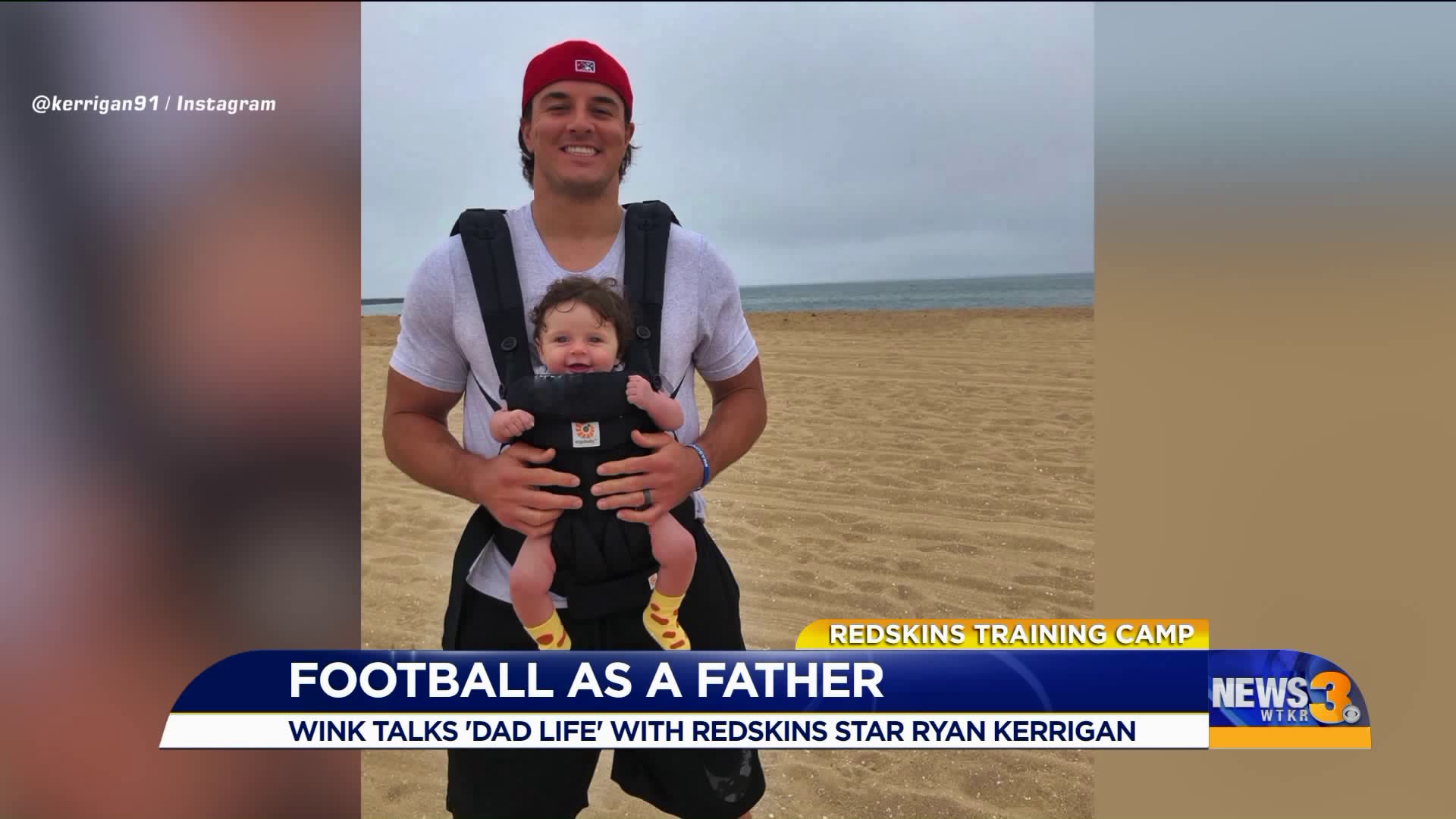 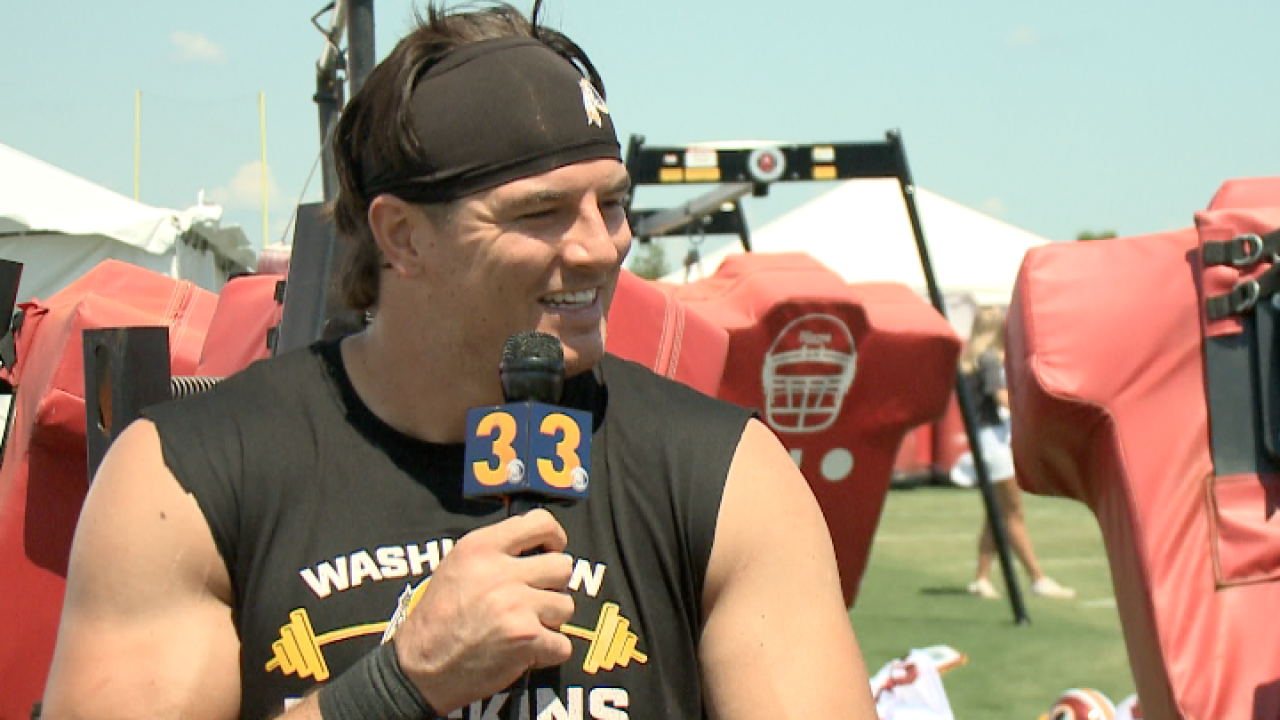 RICHMOND, Va. - Washington Redskins star linebacker Ryan Kerrigan is as consistent as they come. In his eight year career, the former first round NFL Draft pick has played in and started every game of every season.

However, this season will be unlike any other for the four-time Pro Bowl selection. In March, Kerrigan and his wife Jessica welcomed their first child: Lincoln Georgie Kerrigan.

Saturday at Redskins training camp, News 3 Sports Director Adam Winkler, a new Dad himself, chatted 1-on-1 with Kerrigan about 'Dad Life' as he enters his first football season as the proud Papa to a baby girl.

Related: 'Skins scoop: Ryan Kerrigan's dog was a top 'pee-former' at his wedding