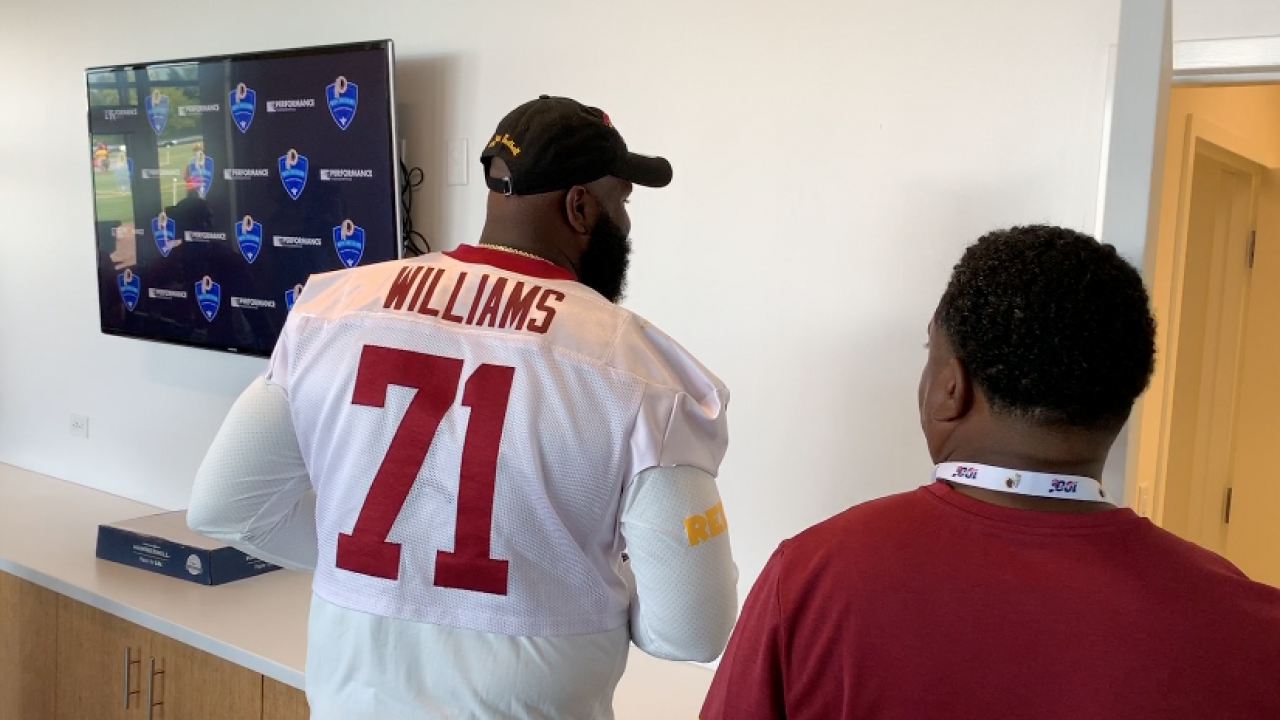 RICHMOND, Va. – It took five days of Redskins training camp, but we’ve finally seen the No. 71 jersey of seven-time Pro Bowl selection Trent Williams, who is a no-show at training camp.

Jason La Canfora of CBS Sports reported Sunday, as he has for some time, that the relationship between Williams and the Redskins is “totally fractured”.

“I have,” Moses said when asked if he’s talked to Trent. “He’s doing good. He’s working out and obviously getting in shape and stuff. When he gets here, he will be ready to go.”

“I really don’t know,” Moses answered when asked if the reason Trent is staying away is contractual. “I can talk to him and it could be one thing and then he says something else. When he gets here, we will welcome him with open arms. He’s our brother and we love him.”

As I reported months ago, relationship between Trent Williams and Skins is totally fractured. He doesnt trust Bruce Allen or the medical team there and made it known long ago he does not intend to play for them again