Watch: Trump speaks in Jamestown for the 400th anniversary of democracy in Virginia 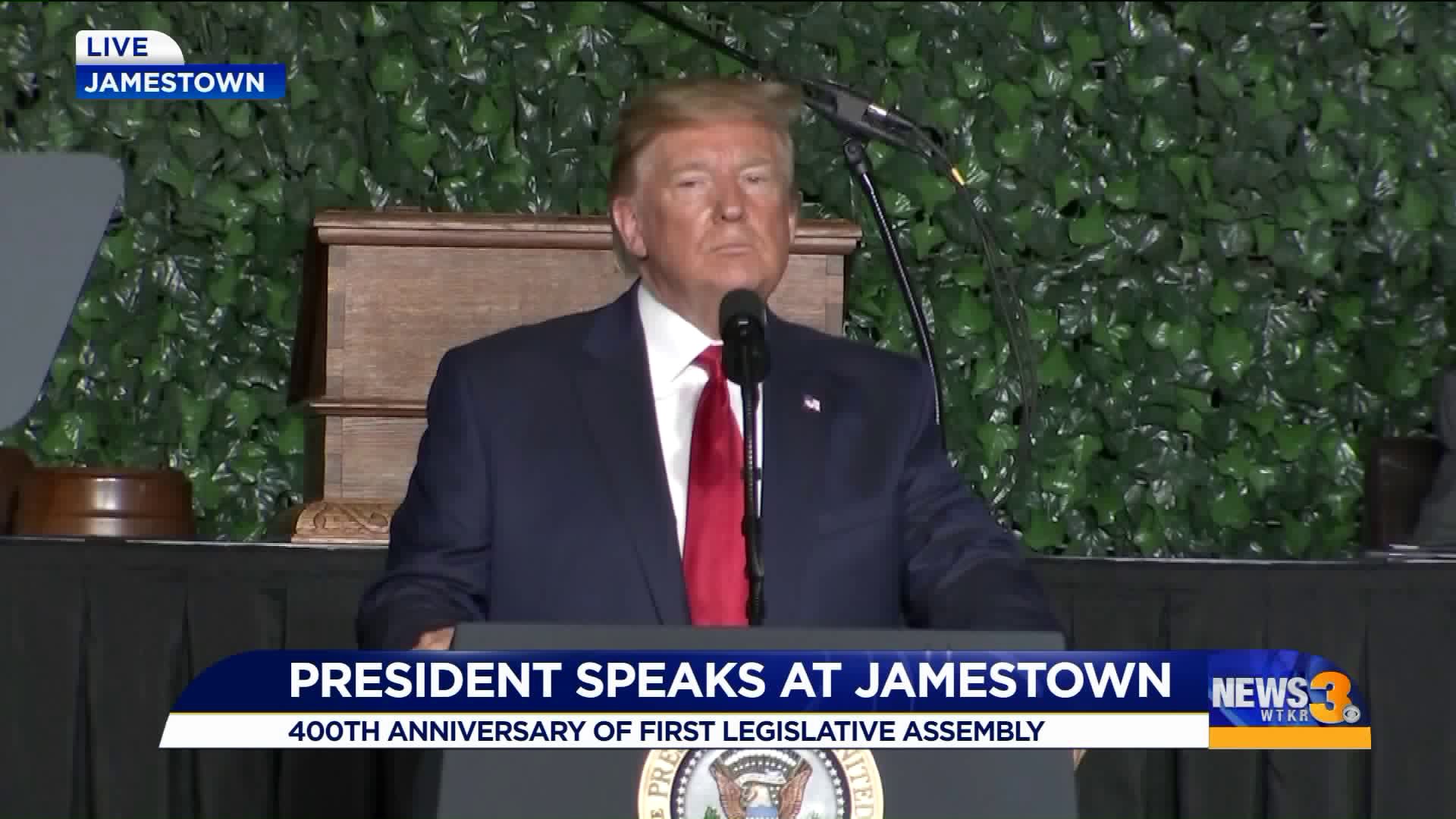 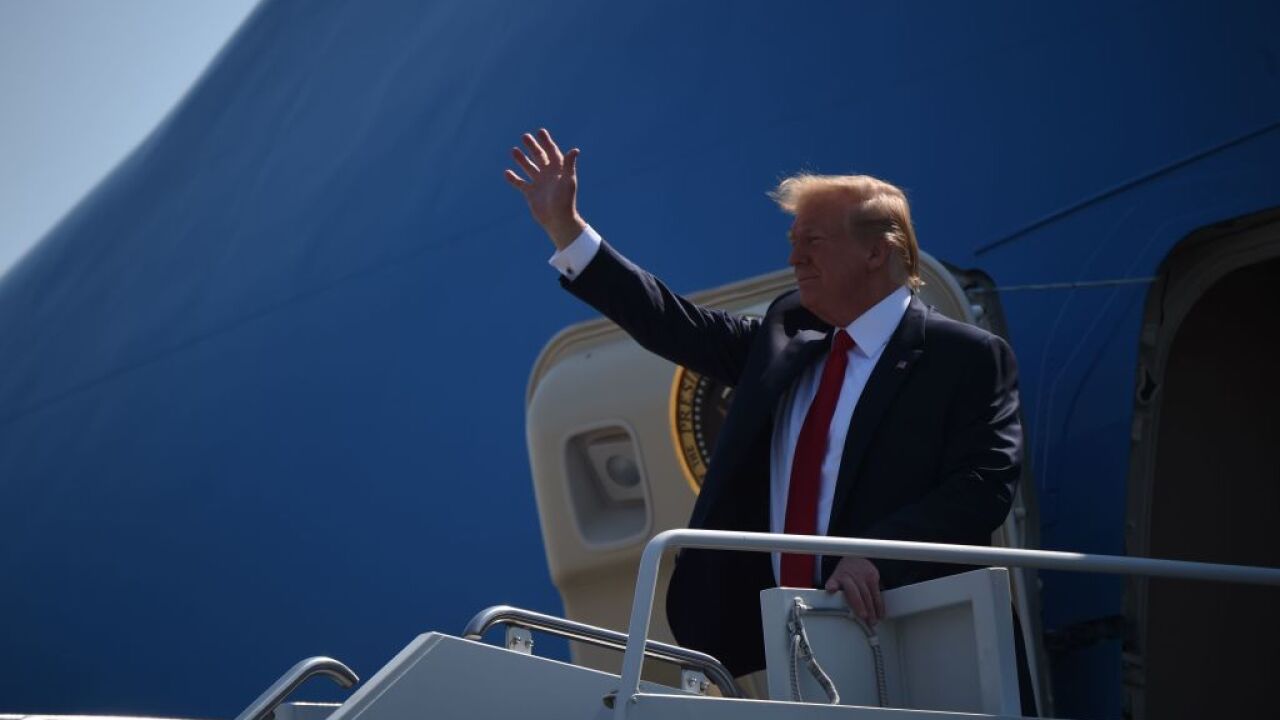 JAMESTOWN, Va. - President Trump, along with many Virginia leaders, visited the Jamestown Settlement on Tuesday to attend the commemoration of the 400th anniversary of a representative legislative body meeting in America.

The commemoration and Trump's speech were part of a variety of scheduled events at the historic location from early morning until around noon.

"That is why after 400 years of American democracy, we have returned here to this place (Jamestown) to declare to all the world that the United States of America and the great Commonwealth of Virginia are just...getting...started," said Trump during his speech.

During the president's speech, a protester, who News 3 has confirmed was Virginia Delegate Ibraheem Samirah, interrupted Trump during his speech, causing reactions from the audience that included chants of "Trump" from parts of the crowd.

Heading to Jamestown, Virginia. Word is the Democrats will make it as uncomfortable as possible, but that’s ok because today is not about them!

Democratic lawmakers had previously threatened to boycott. A spokesperson for the Virginia House Democratic caucus said it was up to individual lawmakers to decide if they want to attend, but leadership will not be there.

The Virginia Legislative Black Caucus also announced a boycott of the Jamestown celebration, gathering for a counter-event in Richmond.