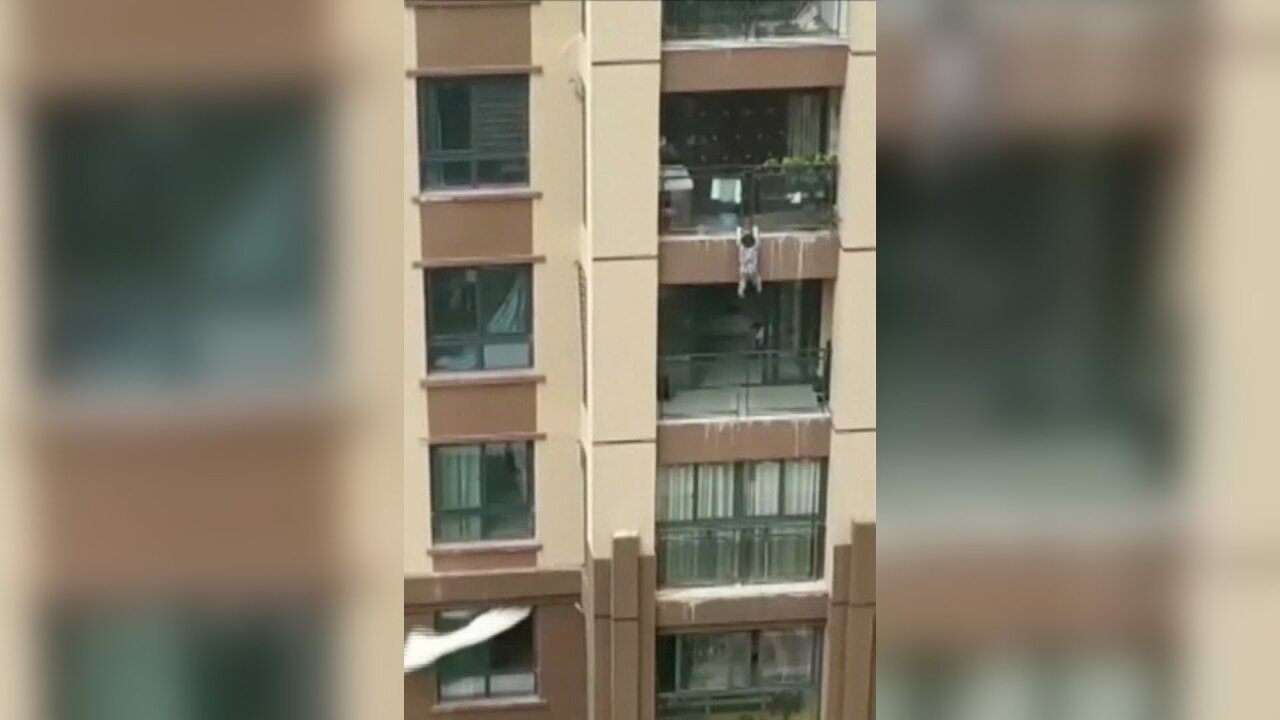 The 3-year-old boy was caught by a blanket, held by spectators below the building.

A 3-year-old boy who fell from the sixth floor of a building in China was saved when the crowd below caught him with a blanket, according to state broadcaster CCTV.

Video footage shows the child hanging off the balcony in the southwestern city of Chongqing. He appears to try climbing back up, but his feet slip and he is left holding onto the edge.

There are shouts heard from spectators on the ground below. As a crowd forms, several people rush forward with a blanket.

“I looked up and saw a little child was dangling up there. My first reaction was to find something to catch him. I thought about rushing over there and catch him with my bare hands, but that would not have worked,” Zhu Yanhui, who works for the property management company, told CCTV.

A 3-year-old boy fell from a six-story balcony in Chongqing, China, and was saved by the crowd below.

“I held out the blanket along with others, all the while keeping my eyes on the child. I looked at the blanket wondering whether we could catch him safely. My only thought was to keep him safe.”

A group of people stood in a circle, holding the blanket and watching the boy. He then fell, plunging six stories — only to be caught safely.

“I was there at the moment and helped hold out the blanket. Ten seconds later, the boy fell. It all happened so fast,” said Zhou Xiaobo, who also works for the property management company, CCTV reported.

According to CCTV, the people who saved the boy include building residents, security guards and sanitation workers. A neighbor took the boy to the hospital, but he was uninjured.