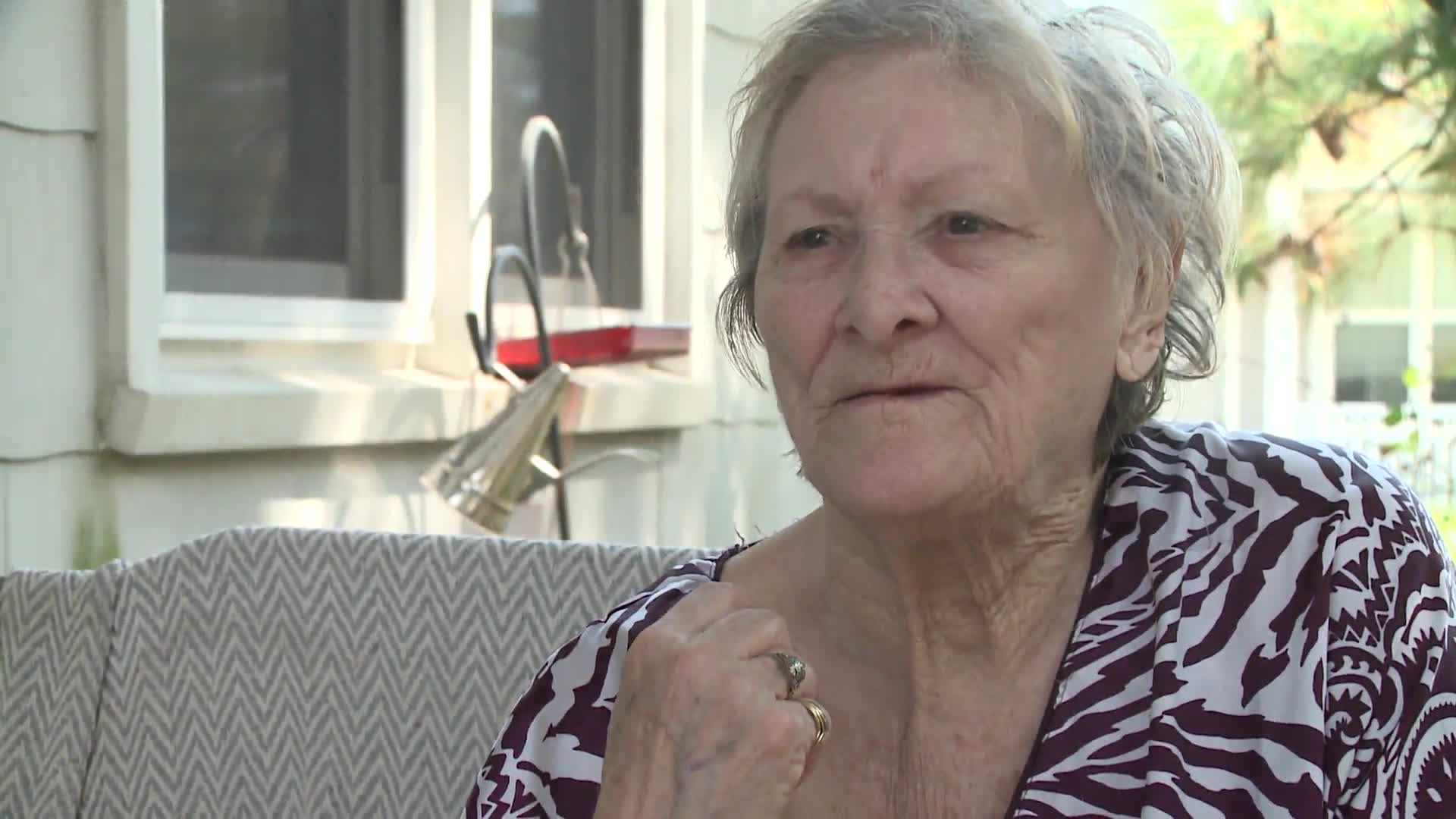 NOROFLK, Va. — An elderly Norfolk woman says she caught a Peeping Tom staring back at her through her living room window, and now she wants to warn others to be vigilant.

Helen Flynt has lived in the West Ocean View neighborhood for 40 years. She said Wednesday around 7 p.m. she caught a glimpse of a stranger peering into her window.

“I was sitting on the couch, talking to a friend of mine and the blinds were open, and I hadn’t turned on my light yet because it was just before dark,” Flynt said.

Flynt says she never heard a knock on the door, but she could see a man up against her window.

“I kind of panicked. I said, ‘Stay on the phone with me,’ and I jumped up and turned on the light here so it would flood the area and then I closed the blinds."

By the time she made it to the front door, the person had taken off.

Flynt says she doesn’t think it was a mistake that someone was at her home just before dark.

She’s thankful her windows were locked and nothing more happened, but now she’s worried for herself and her neighbors.

“There’s a lot of seniors that live in this area," she said.

Now, she is looking into getting a security camera for her home and she is making sure she keeps her blinds shut at night.

“I’m just going to be a little more vigilant and watch to see if we have any more strangers come into the neighborhood.”