NORFOLK, Va. - On Tuesday morning, Beatrice Lewis dropped off 4-month old Karter and his two siblings at daycare. It was a morning as per usual.

"I bathed my baby the night before, wiped him down; he peed and pooped that morning, nothing was on his skin," stated Beatrice Lewis.

When she and her husband, Ron, picked baby Karter up, they went home to change his diaper and then made a shocking discovery.

"I am like, 'What is this?' When you opened the diaper, all you see is missing skin. It's fresh and moist - a fresh cut, no scab like the skin was all missing," she explained.

The Lewis family immediately called the director of the Groomed for Greatness Learning Center in Norfolk, demanding to know what happened. 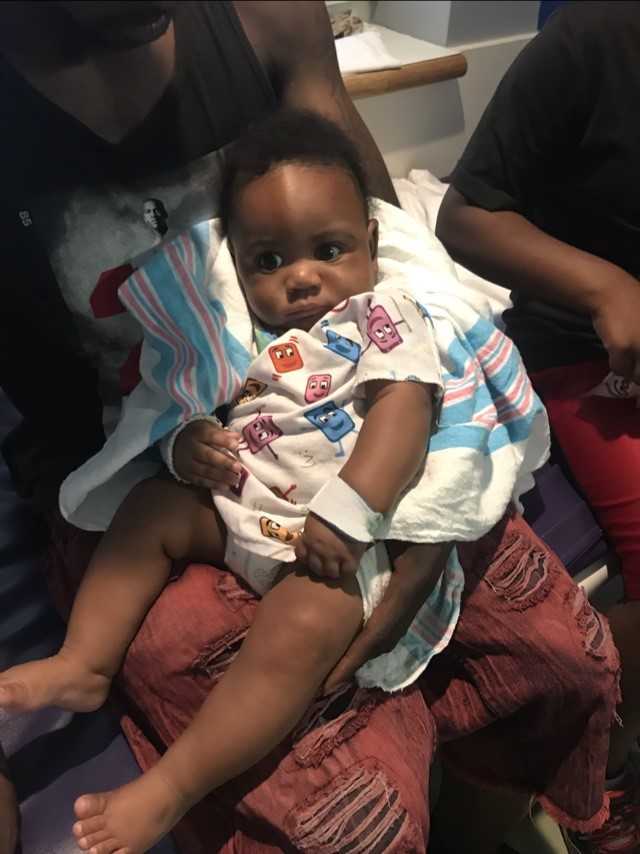 "Why didn't you call when something happened with him like this?" Lewis told News 3.

Lewis said the daycare director claimed nothing happened, then minutes later claimed a worker said it was diaper rash.

But the Lewis family says no way.

"If it was diaper rash, why didn't you contact us? I am a mother of three; this is not my first experience, I know what diaper rash is," Lewis explained.

News 3 reporter Chelsea Donovan tried to speak to the director Thursday but she said, "We have no comment at this time the incident is under investigation."

Then she shut the daycare door.

"Soon as the trauma doctor came, I unsnapped his diaper and she was like, 'That is a burn,'" Lewis said.

The family also filed a police report. Norfolk Police have now opened up an investigation into simple assault.

A search on the Virginia Department of Social Services website reveals Groomed for Greatness has had four inspections already this year, two of which stemmed from a complaint.

They have also been cited multiple times for things such as workers who are not CPR-certified, a knife being left within children's reach, no license displayed and lack of immunization records on file.