Northam first recommended the removal of the Jefferson Davis Memorial Arch in a letter to David Stroud in April.

“Removing these letters from the arch and adding signs with an honest interpretation of a troubled time in Virginia’s history is far more welcoming and reflective of our values,” said Northam at his speech from Fort Monroe on Monday. “Whether we are addressing long-standing inequities, or removing a memorial to a defender of slavery, it is through our actions that we will tell the world what kind of place Virginia is today, and tomorrow.” 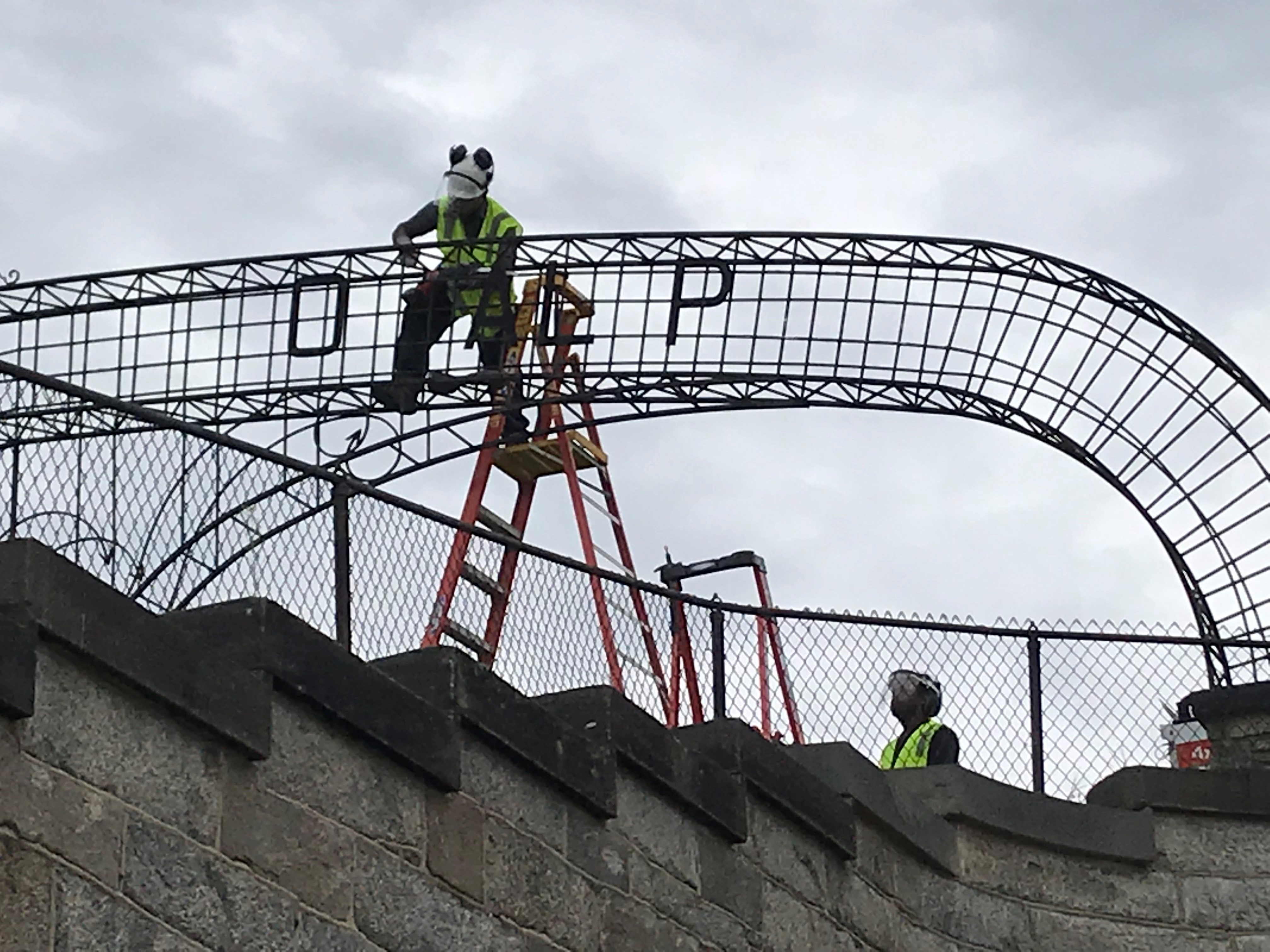 Northam’s letter read in part that the arch and Jefferson Davis Memorial Park were not original features of the fort, with the park being dedicated to Davis in 1955 and the arch being erected in 1956. The fort was built in the 19th century, with a military history stretching through the second World War.

Davis was imprisoned at the fort in 1865.

“While it is appropriate to discuss and interpret Jefferson Davis’ imprisonment at Fort Monroe, it is not appropriate to glorify it,” Northam said in the letter. “To use the parlance of the National Historic Preservation Act, the continued presence of the arch — along with the dedication of the park to Davis — has an adverse effect on this historic property.”

After stakeholders argued that removing the arch would have an adverse effect on the Fort Monroe Historic District, it was agreed that the letters and plaque identifying the association of the arch and park with Jefferson Davis would be removed, leaving the arch structure in place.

The letters and plaque will be packaged and donated to the Casemate Museum, allowing for the potential for future exhibits on the arch’s history.