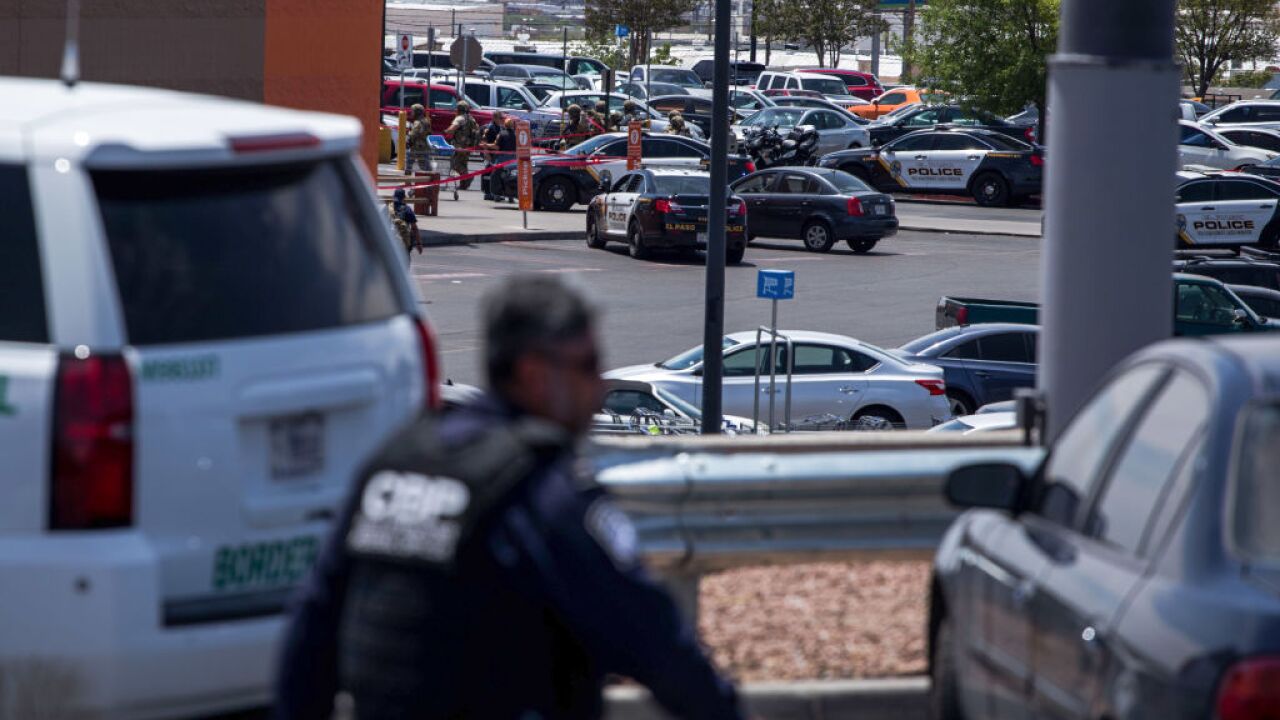 Law enforcement agencies respond to an active shooter at a Wal-Mart near Cielo Vista Mall in El Paso, Texas, Saturday, Aug. 3, 2019. – Police said there may be more than one suspect involved in an active shooter situation Saturday in El Paso, Texas. City police said on Twitter they had received “multi reports of multipe shooters.” There was no immediate word on casualties. (Photo by Joel Angel Juarez / AFP) (Photo credit should read JOEL ANGEL JUAREZ/AFP/Getty Images)

BENTONVILLE, Arkansas – Walmart issued a statement Saturday following the mass shooting in El Paso, Texas, at a Walmart in the city.

“We’re in shock over the tragic events at Cielo Vista Mall in El Paso,” said Walmart in its tweet.  “We’re praying for the victims, the community and our associates, as well as the first responders. We’re working closely with law enforcement and will update as appropriate.”

We're in shock over the tragic events at Cielo Vista Mall in El Paso, where store 2201 & club 6502 are located. We’re praying for the victims, the community & our associates, as well as the first responders. We’re working closely with law enforcement & will update as appropriate.

Police began receiving reports of an active shooter around 10 a.m. (noon ET), Gomez said in a brief news conference at the scene. Authorities were initially given multiple possible locations for the shooting, Gomez said, at both a Walmart and the Cielo Vista Mall next door.

They also received reports of an incident at a second mall, several miles away from the Cielo Vista mall, but they confirmed that scene was safe.

Multiple agencies, including the FBI and the local sheriff’s department, have responded to the scene to assist El Paso authorities.

Police also have said there is one man in custody.

Earlier this week, two people were killed at a Walmart in Southaven, Mississippi.