Police stopped the Dayton shooter in less than 30 seconds 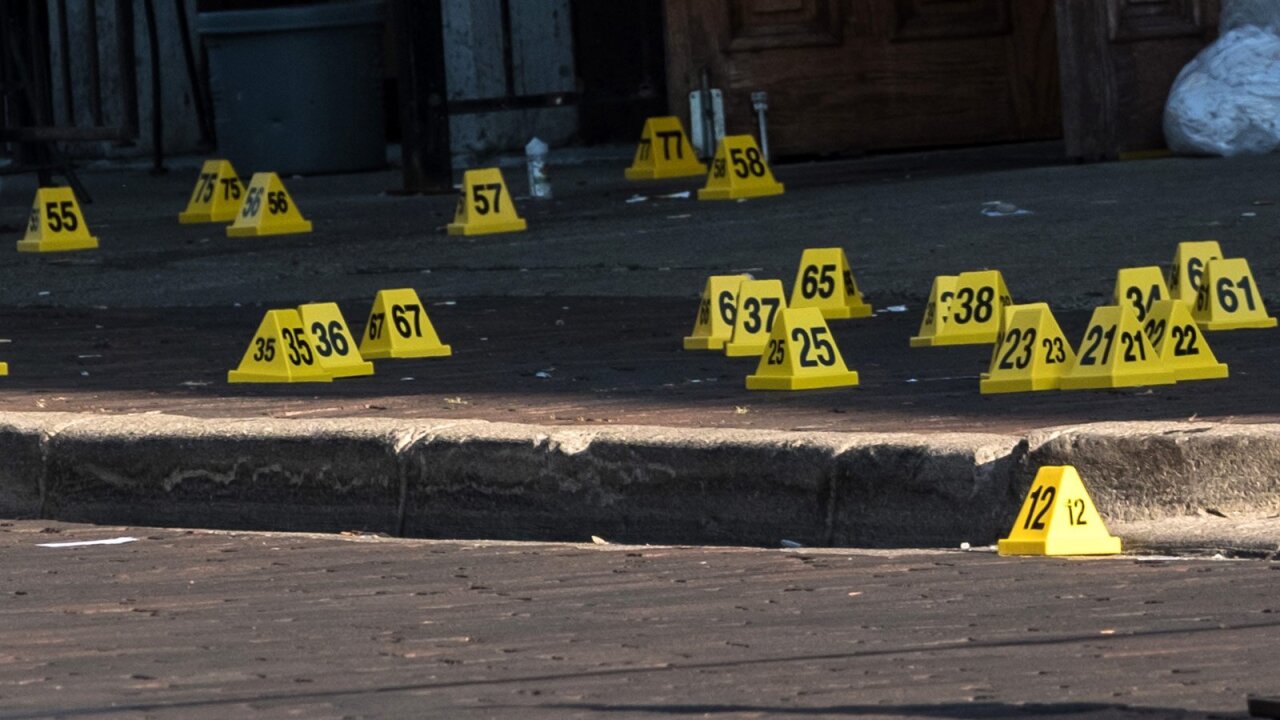 Police mark evidence after an active shooter opened fire in the Oregon district in Dayton, Ohio on August 4, 2019.

Surveillance video shows the chaos unfold in Dayton, Ohio, as a shooter targets people out on a Saturday night in the Oregon District.

As gunshots ring out, people start to run, ducking into bars and clubs.

Large groups pour into open doorways, escaping the shots that riddle the street.

Within seconds, the shooter is brought to his knees by police right before he’s able to enter a nightclub that is full of people fleeing from his rampage.

They were patrolling the area as bars started to close when the shooting began.

“The officers immediately advanced toward the gunfire and within approximately 20 seconds, they engaged the suspect, who was actively firing and attempting to enter a crowded liquor establishment,” the police chief said.

The suspected shooter, identified as Connor Betts, was able to fire dozens of shots with a .223-caliber high capacity rifle with 100-round drum magazines, Biehl said during a press conference.

Nine people died and 27 others were injured in the shooting.

Police are still reviewing information but so far, there isn’t anything that indicates a political or racial motivation.

It could have been worse

Betts fired round after round from his rifle as he headed toward a bar called Ned Peppers around 1 a.m. Sunday, according to Deb Decker, public information officer for Montgomery County.

When a person grabbed the barrel of his rifle it didn’t stop Betts. Instead, Decker says Betts simply “picked up a handgun and was willing to continue shooting.”

Dayton Mayor Nan Whaley emphasized that the death toll was the result of only a few seconds of shooting.

Surveillance video released by the police department shows Betts struggle as he turns a corner and attempts to enter a bar where dozens of people sought refuge from him.

The suspect falls to the ground before his rampage has even reached the one minute mark.

“The threat was neutralized at approximately 30 seconds of the suspect firing his first shot,” Biehl said.

The city of Dayton identified the nine people killed in the shooting:

Donna Johnson, aunt of Thomas McNichols spoke to CNN at a vigil Sunday. She said the father of four was a gentle giant who had lots of love.

His sister is among the dead

Megan Betts, the sister of the suspect, was one of the nine people killed.

Police did not provide information about the Betts siblings’ relationship, although they did say that the two arrived together but separated at some point.

Bellbrook Police Chief Doug Doherty said he has been in touch with Betts’ parents, who are not ready to talk about the deaths of their two children.

“They are victims, and we’re treating that as such — them as victims,” he said, according to CNN affiliate WLWT.

The motive is unclear

Police are still trying to figure out what motivated Betts to shoot and kill nine people as bars let out in the Oregon District.

So far, they haven’t found anything that indicates why Betts chose that area to target.

Although those writing express an interest in killing people, they do not indicate any racial or political motive, sources said.

“We do not have sufficient information to answer the question that everyone wants to know: why. We do not have that answer at this time,” Biehl said.

However, Biehl said, no evidence has been found to suggest a bias motive.

Assistant Police Chief Matt Carper said any speculation of motive at this point would be premature.