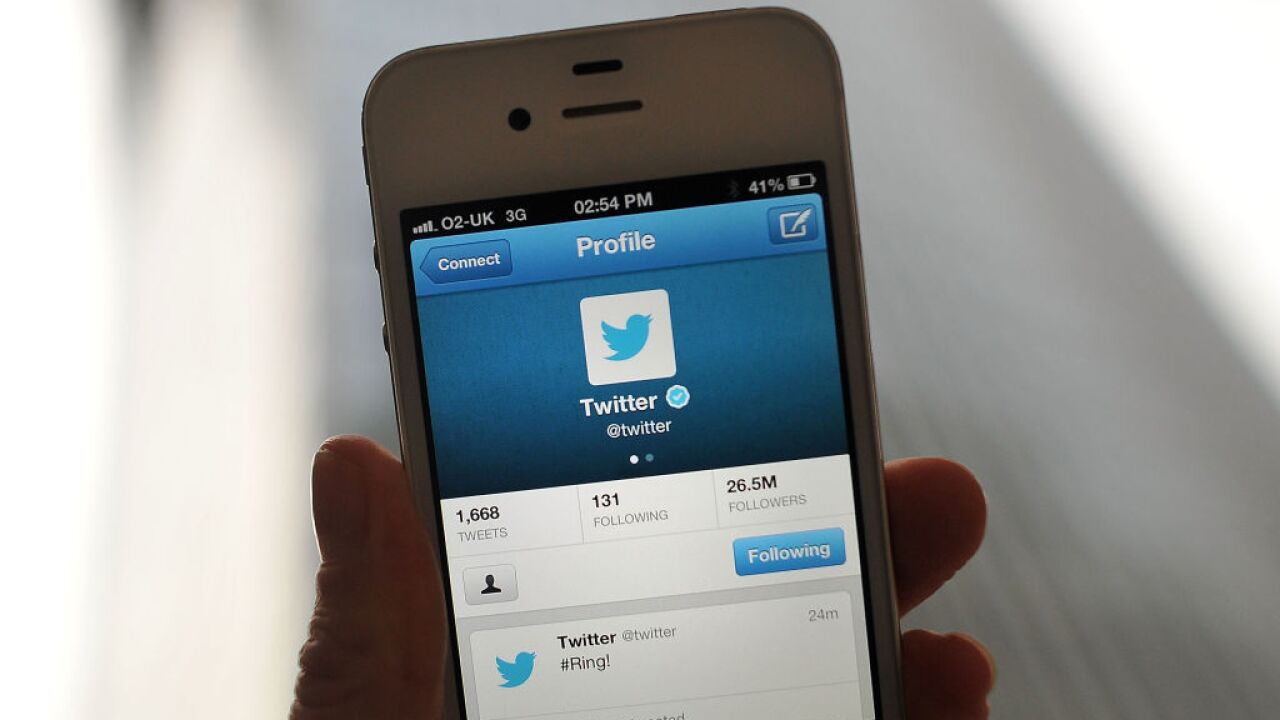 LONDON, ENGLAND – NOVEMBER 07: In this photo illustration, the Twitter logo and hashtag ‘#Ring!’ is displayed on a mobile device as the company announced its initial public offering and debut on the New York Stock Exchange on November 7, 2013 in London, England. Twitter went public on the NYSE opening at USD 26 per share, valuing the company’s worth at an estimated USD 18 billion. (Photo by Bethany Clarke/Getty Images)

Twitter is telling some new congressional candidates that they’ll need to win their primary races before their accounts can be verified on the social media network, CNN has learned.

The social media giant isn’t making exceptions for candidates running for office in 2020, emails between a campaign representative and Twitter, obtained by CNN, show. That’s despite indications that foreign entities have previously attempted to pose as US political candidates on social media.

When a congressional campaign representative requested information about getting verification for their candidate via email, a staff member for Twitter’s government relations team replied, “Unfortunately, the general verification program is currently closed while we review our policy. In the meantime, we are only submitting requests for elected government officials and agencies.”

“We are waiting to apply blue badge verification to profiles of election candidates until after your state’s primary,” the employee continued.

A Twitter spokesperson told CNN the email reflected the response the company’s team that works with political campaigns gives to candidates seeking verification.

“In the US, once candidates win their primary elections and/or qualify for the general election ballot for Congressional, Senate or Gubernatorial races we will verify their official Twitter accounts,” a Twitter spokesperson said in a statement.

“We are very troubled to hear that they’re unwilling to do it in the primary,” Buckley said, adding that there’s “no logical excuse for the decision.”

“They should know that they’re being used to disseminate misinformation and character assassination,” he continued.

In 2017, Twitter paused its “general verifications” program following public outcry in response to the company verifying the account of that summer’s white nationalist rally in Charlottesville, Virginia.

“Verification was meant to authenticate identity & voice but it is interpreted as an endorsement or an indicator of importance,” Twitter said at the time.

But Buckley said that he doesn’t interpret being verified on social media as a seal of approval from a company and said he welcomes the idea that all candidates registered to run for office get verification — regardless of their political views.

“If my interpretation is correct, all candidates should be verified as to limit the possibility of fake accounts from having any impact on an election,” he said.

Candidates don’t appear to be running into the same verification challenges with Facebook and Instagram, which Facebook owns. Facebook’s policy for page and profile verification doesn’t indicate that politicians need to win their primaries in order to get their blue check mark.

“We appreciate that Twitter is an important tool for politicians to communicate to the electorate,” a Twitter spokesperson said, “and that verification is an important contextual signal for the public — which is why we’ve been very intentional and thoughtful about this policy.”

Adding, “Our teams around the world continue to verify select Twitter accounts, which include elected officials and government agencies.”

“Our rules prohibit manipulating or interfering in the election process, including posting or sharing content that may suppress voter turnout or mislead people about when, where, or how to vote. Again, regardless of verification status.”

Facebook’s public policy for page and profile verification doesn’t indicate that politicians need to win their primaries in order to get their blue check mark.

In 2016, a Russian government-linked troll group ran a network of thousands of social media accounts posing as American activists and organizations. One account, which claimed to be linked to the Republican Party of Tennessee, had more than 130,000 followers before Twitter shut it down in 2017.

In May, the cybersecurity company FireEye revealed it had identified a network of accounts that included some posing as Republicans who ran for the House of Representatives in the November 2018 midterm elections. The profiles were part of a network of accounts associated with a pro-Iranian influence campaign, the company said.

“Impersonation is a violation of Twitter’s rules, regardless of verified status,” a Twitter spokesperson told CNN.