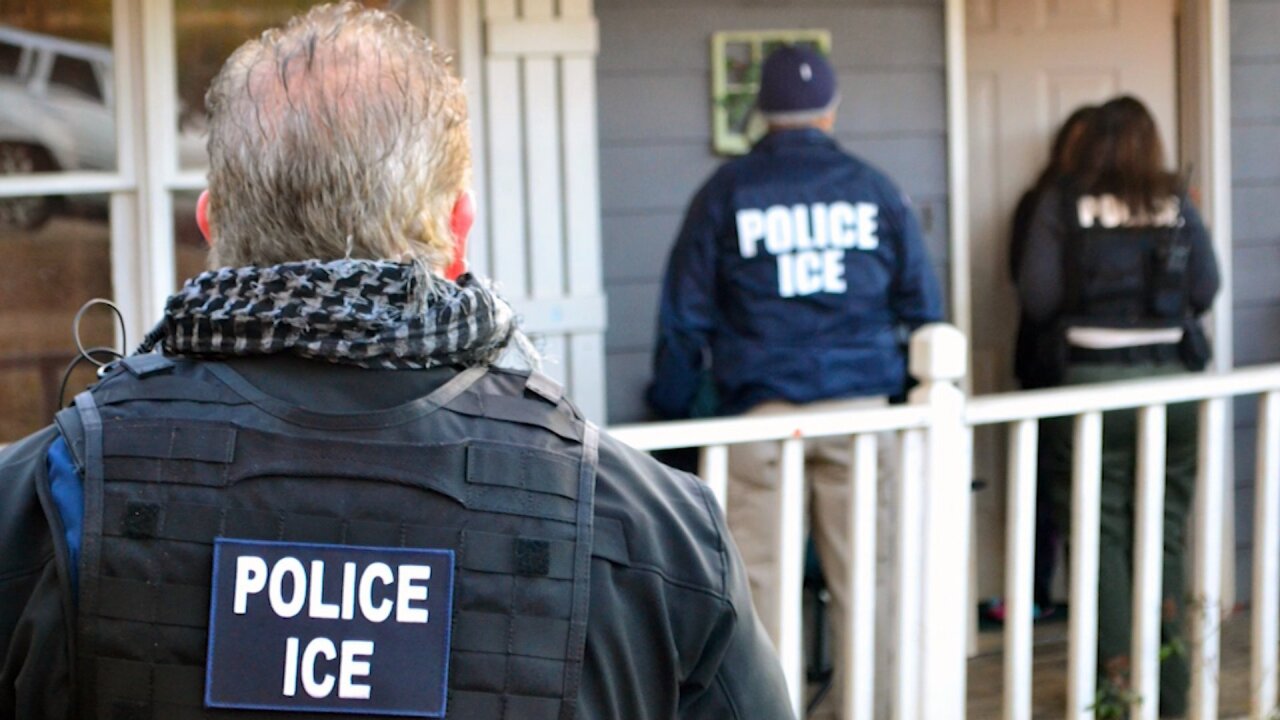 After immigration authorities rounded up hundreds of workers in a massive sweep at seven Mississippi food processing plants, friends and family members are desperately searching for answers.

A crowd waited outside a plant in Morton, Mississippi, on Thursday morning, hoping authorities would release their loved ones. Many had been by later in the afternoon.

Video footage from CNN affiliates and Facebook live showed children sobbing as they waited for word on what had happened to their parents.

In Forest, Mississippi, strangers and neighbors volunteered to take children with nowhere to go after their parents were detained at a local gym for the night, according to CNN affiliate WJTV. Volunteers distributed donated food and drinks. But according to WJTV, most children sobbed rather than ate.

“I need my dad … he’s not a criminal,” one little girl cried as she spoke with the network outside the gym.

“I understand the law and how everything works and how everything has a system. But everyone needs to hold the kids first and foremost in their minds,” gym owner Jordan Barnes told WJTV. “And that’s what we’ve tried to do here, just give them a place to stay.”

Hours later, all the kids had been reunited with family members, Barnes told CNN, and the gym was set to resume normal operations.

But a parking lot near the plant in Morton was packed with people Thursday who said their lives were frozen as they waited for news. Hours had passed since the time when they thought more busloads of immigrants released from custody would be coming. Over and over, they asked for the time, worried with each passing hour that their loved ones were headed to immigrant detention centers instead of coming home.

“It’s exhausting, really. … I couldn’t even hold back my tears, and I don’t really cry. But it was just heartbreaking watching all of this,” said a woman who gave her name only as Maria and said she was trying to help people locate detained family members.

Brittany Reynoso said she came to the parking lot in case members of her church had gotten caught up in the raid. She wanted them to see a familiar face if they were released from custody.

“It’s definitely a ghost town. It is so empty. I’ve never seen Morton or Forest or any of the surrounding areas look so empty during the day,” she said. “It is horrible. And I honestly don’t think these communities will make it without them. because they really and truly are the backbone of what’s keeping this town afloat.”

Related: US-born teen detained for weeks by CBP lost 26 pounds, was told ‘you have no rights’

Reverend: ‘Terror hit’ when children were at school

Authorities hailed the sweep at food processing plants in six cities as a record-setting operation. At least 680 undocumented immigrants were detained. More than 300 of them had been released by Thursday, Bryan D. Cox, an ICE spokesman, said in a statement.

Eighteen juveniles were found working at the plants, according to Jere Miles, special agent in charge for the Department of Homeland Security. Nine were released and not taken for processing, Miles said. One was 14 years old, he said.

The arrests came as a result of administrative and criminal search warrants executed by special agents from Homeland Security Investigations, federal officials said.

“Today, through the hard work of these men and women, we are once again becoming a nation of laws,” US Attorney for the Southern District of Mississippi Mike Hurst said as he announced the arrests Wednesday.

Immigrant rights advocates, religious leaders and local officials sharply criticized the raids, noting that a number of children returned to empty homes after the arrests, which occurred on the first day of school.

“Our brothers and sisters, our fellow citizens — 6 years old, 5 years old, 7 years old, 11 years old, they left to go to school yesterday, excited about education, and terror hit them while they were gone,” said the Rev. James Evans, a co-founder of the Mississippi Immigrant Rights Alliance.

At a press conference denouncing the raids, Evans and other leaders urged Mississippi residents to stand together and support each other. Advocates shared a hotline for anyone directly impacted by the raids.

Luis Espinoza, an organizer with the alliance, teared up as he described seeing detained workers and said the immigrants who were detained are in need of legal and financial assistance.

“I don’t see illegals. I don’t see bad people. It’s only families, fathers, mothers who want something better for the kids, so they come here and just work,” he said. “They are not criminals.”

Speaking to reporters outside a plant in Canton, Mississippi, Mayor William Truly Jr. said he was concerned about the impact the arrests would have on the local economy — and on the community.

“I recognize that ICE comes under the Department of Homeland Security, and this is an order of the United States. There’s nothing I don’t think anybody can do about it,” he said. “But my main concern is now, what happens to the children?”

ICE Acting Director Matt Albence told reporters Wednesday that some parents would be released with GPS ankle monitors but allowed to go to back to their homes as their immigration proceedings continued. In the past, he said, the agency has worked with school liaisons to help “find placement” for children when their parents are detained.

“Each case, depends on the individual circumstance. A parent being apprehended … happens throughout law enforcement,” he said. “You go out to any jurisdiction, state, local or otherwise, and they make an arrest of somebody, and that individual is a parent, that individual is going to go to jail, and that child’s going to be left alone or with a family member.”

Busloads of immigrants dropped off

Outside the Morton plant on Wednesday, an 11-year-old girl sobbed and begged an officer for a chance to see her mom as bystanders tried to comfort her.

“Please, can I just see my mother?” the girl cried out in video broadcast live on Facebook.

Elizabeth Iraheta told CNN she shared the video so people would see what was happening at the plant, where she said she’s worked legally for 19 years. It was devastating, Iraheta said, to see family and friends suffering “just for coming to work hard in this country, and to see so many families separated.”

The video later shows an officer noting that the mother is being processed “because she doesn’t have papers to be here legally,” then later telling the crying girl that her mother would be released and wouldn’t be deported. Hours later, witnesses said, the girl’s mother was released.

Videos shared on social media showed busloads of immigrants returning to one plant’s parking lot in the early morning hours as onlookers cheered. One witness said she thought about 20 people had been released from custody.

Authorities haven’t publicly spoken about what sites were targeted, citing a pending criminal investigation. They’ve also declined to answer questions about whether any employers had been arrested or would face charges.

A senior immigration official with knowledge of the investigation told CNN that ICE used confidential informants employed at several of the raided food processing plants to identify managers or supervisors who knew they were hiring undocumented workers. In some cases, immigration enforcement received audio and video recordings.

CNN has reached out to the food processing plants for comment.

Immigration and Customs Enforcement has stepped up worksite enforcement since President Donald Trump took office, conducting a number of large-scale raids at food-processing plants and gardening centers in recent years.

“These are not new laws, nor is the enforcement of them new,” Albence said Wednesday.

“The arrests today were the result of a yearlong criminal investigation. And the arrests and warrants that were executed today are just another step in that investigation.”